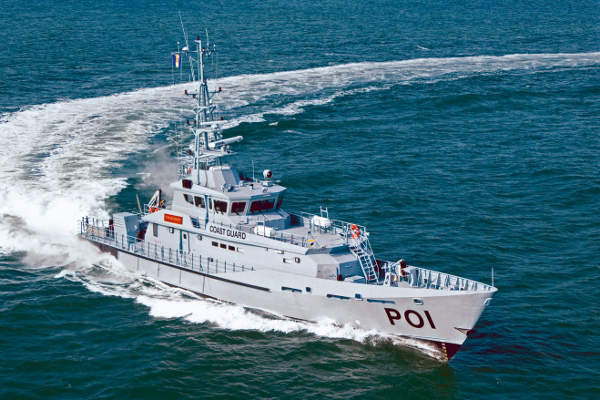 The HMBS Trident was delivered to the Barbados Coast Guard in 2008. Image courtesy of NSG. 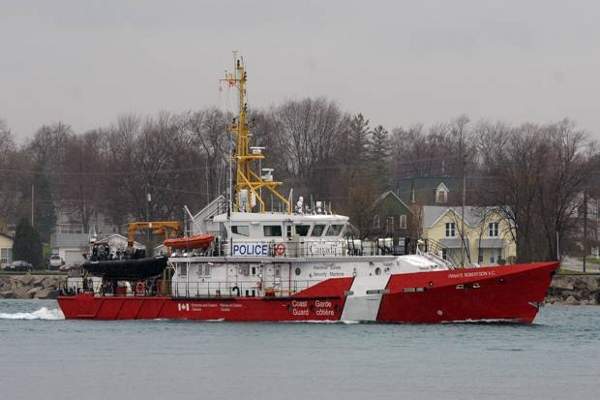 The CCGS Private Robertson V.C. vessel was delivered to the Canadian Coast Guard in July 2012. 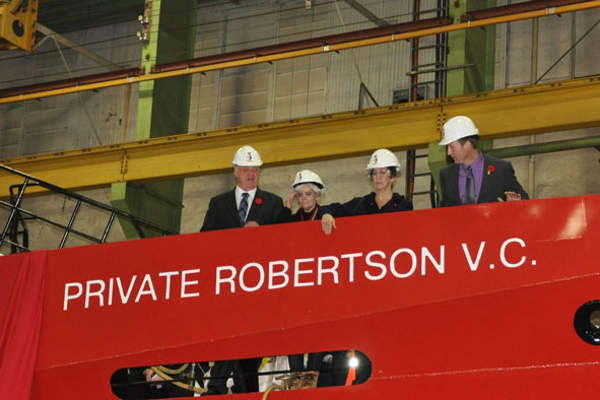 The CCGS Private Robertson V.C. was unveiled in November 2011. 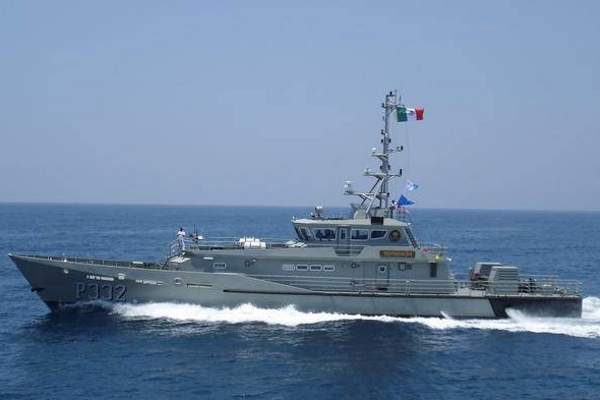 The ARM Teotihuacan (PC-332) vessel was delivered to the Mexican Navy in mid-2012. Image courtesy of Damen Shipyards Group. 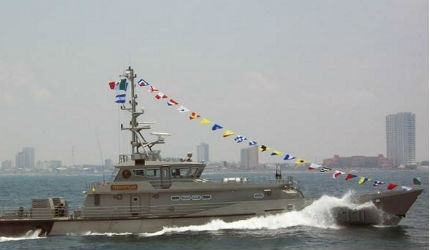 The missions performed by the vessels include the safety and security of mariners, search-and-rescue (SAR) and patrol duties in the territorial waters. The vessels can also be deployed for assisting fisheries conservation and protection.

The deck is fitted with two 196kg high holding power anchor equipments, an Effer 37001E electric crane for stores, a 137.5m long U2 anchor chain, and a hydraulic transom door.

"The RIB can accommodate a crew of four members and run at a speed of 30kts."

The vessel also carries a 7.5m rigid inflatable boat (RIB) powered by diesel / waterjet engine. The RIB can accommodate a crew of four members and run at a speed of 30kts.

The patrol speed of the vessel is 26kts, while the maximum range is 1,800nm at a speed of 12kts. The vessel can run continuously for 150 hours at 12kts.

"The vessel can run continuously for 150 hours at 12kts."

Damen received an order from the Barbados Coast Guard in December 2006 for three 4207 patrol vessels – HMBS Trident, HMBS Leonard C. Banfield and HMBS Rudyard Lewis. Deliveries of the same were concluded in 2008.

The Albanian Ministry of Defence placed an order for four Damen Stan 4207 patrol vessels for the Albanian Coast Guard. Damen delivered the first vessel, Illyria, in August 2008, the second vessel, Oriku, in February 2012. The third vessel, named Lisus, is currently under construction.

The first vessel of the class, CCGS Private Robertson V.C., was unveiled in November 2011 and delivered in July 2012. Six vessels were delivered as of October 2013, while the remaining are under construction. The final vessel is scheduled for delivery in 2014.

A contract for the fifth vessel was signed in November 2013. The Mexican Navy will build the vessel, while Damen will provide partial material package and technical support. Keel laying is anticipated in early 2014.

Turva is a next generation Offshore Patrol Vessel (OPV) being built by STX Finland for the Finnish Border Guard.