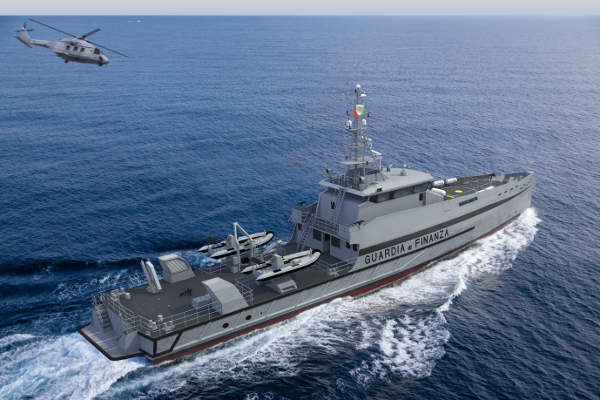 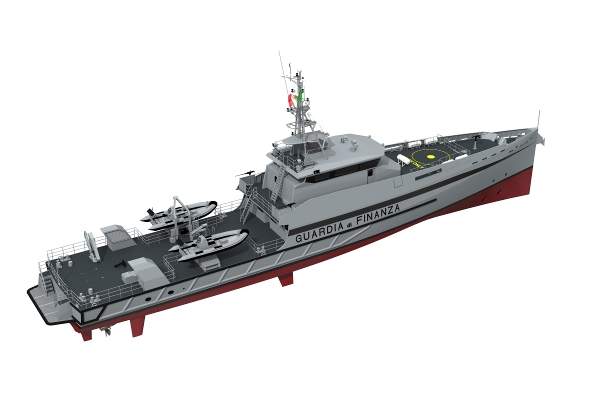 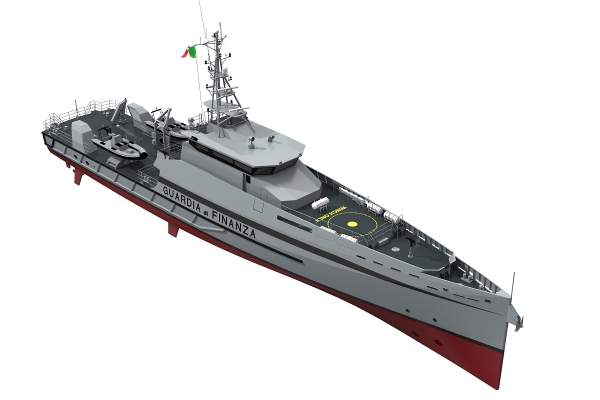 A rendering depicting the deck equipment and systems of the Damen Stan Patrol 5509 boat. 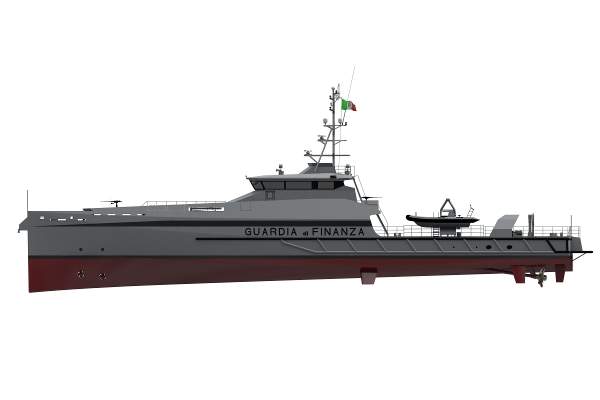 A side view of the Damen Stan Patrol 5509 boat. 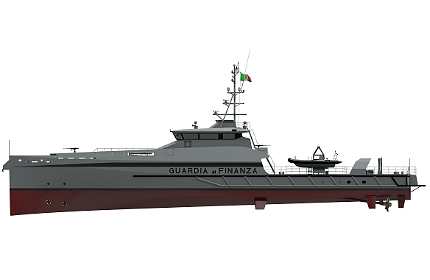 In May 2013, Damen Shipyards and Cantiere Navale Vittoria were selected to build two Stan Patrol 5509 boats for the Italian Guardia di Finanza, an Italian law enforcement agency. The agency operates a fleet of about 250 vessels to control financial crime, smuggling, illegal immigration and drug trafficking.

Damen Shipyards teamed-up with Cantiere Navale Vittoria to build the two vessels in Italy by employing a pre-assembled shipbuilding kit.

The vessels will be deployed in the Italian territorial waters and in the Mediterranean Sea to conduct maritime patrol duties. The boats will offer sustained speeds and reliability that are critical to carry out the tasks.

The Stan Patrol 5509 is based on the popular enlarged ship concept integrating a sea axe bow form. The hull is made of steel, while the wheelhouse is of aluminium construction. The boat is built to Bureau Veritas’s commercial specifications and standards even though it will primarily serve for military missions.

"The vessels will be deployed in the Italian territorial waters and in the Mediterranean Sea to conduct maritime patrol duties."

The techniques developed in association with the Delft University of Technology will ensure the unmatched sea-keeping characteristics.

The Stan Patrol 5509 will have an overall length of about 55m and beam of around nine metres. Its forward bow deck will be mounted with weapon system, while the aft of the bridge structure can also be installed with armaments.

The patrol boats will carry two rigid inflatable boats (RIBs) to achieve long range interception and boarding capability. The RIBs can be launched and recovered by davits.

Stan Patrol 5509 boats will be powered by Caterpillar diesel engines driving fixed pitch propellers through the Reintjes gear box. The two bow thrusters either side of the hull will provide the vessel with high manoeuvrability when operating in straits and narrow ship routes in harbours. Two generator sets aboard the boat will provide electricity for the onboard systems.

The propulsion system complemented by the ‘Sea Axe’ bow provides a maximum speed of up to 28kt at a 90% maximum continuous rating (MCR), and allows safe operations in rough seas and strong winds. The better motion features and a practically lower resistance reduce fuel consumption and emissions, resulting in cost-effective operations and environmental sustainability.

Accommodation will be provided for officers and other crew members in the cabins at main deck and below deck. The wheelhouse and accommodation facilities will be equipped with air conditioning system.