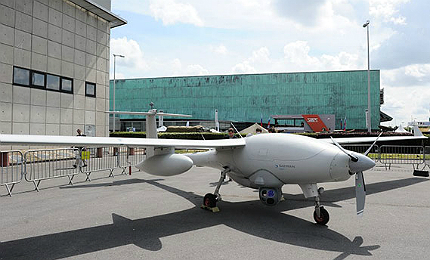 Patroller-S is a long endurance, surveillance unmanned aircraft system (UAS), jointly developed by Sagem and Germany-based aircraft manufacturer Stemme. It is a member of the long-endurance Patroller family of UAVs.

Patroller-S is specifically designed for homeland security missions. It can conduct a wide range of missions, such as coastal and border control, perimeter surveillance, police or road monitoring missions, protection and monitoring of infrastructure, environmental protection and natural disaster response or monitoring.

Patroller was unveiled at the 2009 Paris Air Show. The UAS completed its maiden flight on 10 June 2009. A series of initial flight tests were also conducted in the same month of 2009.

In August 2010, Sagem was short-listed as a preferred bidder by the Civil Security Division of the French Ministry of the Interior to conduct operational trials with the Patroller surveillance UAS.

Patroller is a medium-altitude, long-endurance (MALE) UAV based on the Stemme S-15 aircraft. It was certified by the European Aviation Safety Agency (EASA). The airframe made of composite and carbon materials houses the engine in the mid-plane module.

"Patroller is a medium-altitude, long-endurance (MALE) UAV based on the Stemme S-15 aircraft."

The standard payload is a gyrostabilised optronics pod housing daytime and infrared sensors. It is remotely controlled from the ground station. The UAS is equipped with a Transponder / Identification Friend or Foe (IFF) Mode 3C and on-board VHF relay for communicating with air traffic control.

Patroller-S is an optionally piloted vehicle (OPV). It can be operated in either OPV or UAV mode, based on the requirements and flight authorisation regulations. The UAS can be piloted to its zone of operation through non-segregated airspace and then can be flown in UAV mode for conducting missions in segregated airspace. The UAS can be equipped with automatic take-off and landing (ATOL) capability.

The line-of-sight (LOS) data link provides the Patroller-S with an operating range of 200km. The range of action can be extended to 2,000km with a satellite link. 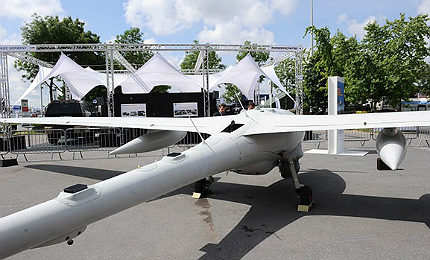 Patroller-S is powered by a four cylinder ROTAX 914 F turbo charged engine driving a three-bladed constant speed Muehlbauer propeller. The propeller is fitted with electronic RPM control for delivering maximum thrust during all stages of operation.

The engine is equipped with high altitude electric booster and double carburettors. It develops a power output of 115hp. The aircraft also integrates a computerised monitoring and check system and a temperature control of oil and liquid cooling circuit.

The ground control station (GCS) for the Patroller-S is manned by two to three operators. It can also be equipped with a portable remote video terminal (RVT). The RVT allows the operators to directly receive images from the Patroller UAS in flight.

Patroller-S can fly at a maximum altitude of 20,000ft. It has a maximum speed of 130kt. The maximum take-off weight of the UAS is 1,000kg. The aircraft can carry a payload of 250kg. The endurance of the Patroller-S is 20 hours.