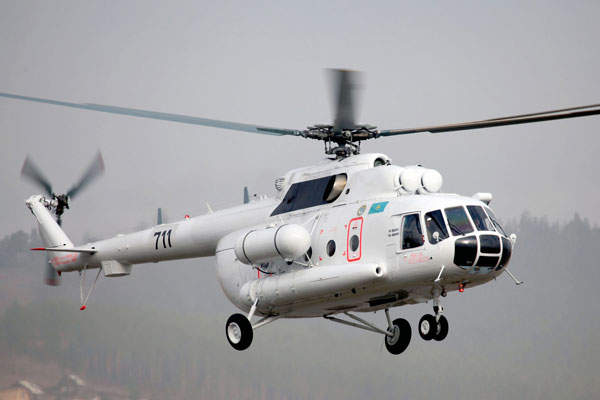 A Mi-8AMT helicopter was delivered to the Almaty City Rescue Service of Kazakhstan in October 2014. Image: courtesy of Russian Нelicopters, JSC. 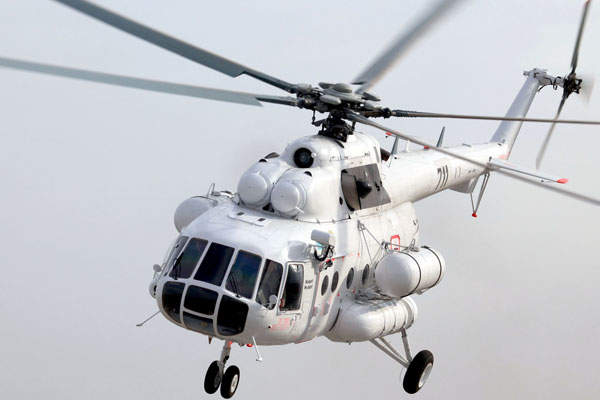 The Mi-8AMT helicopter has a maximum range of 1,065km. Image: courtesy of Russian Нelicopters, JSC.

Mi-8AMT is a modernised version of the Mi-8/17 medium multi-role helicopter.

The helicopter can carry out multiple missions including search and rescue (SAR), surveillance, patrolling, fire-fighting, medical evacuation (MEDEVAC), and observation missions. It can also be deployed for transportation of cargo and personnel.

The first Mi-8AMT helicopter (export designation: Mi-171) was manufactured in 1991. Mi-8AMTSh is the military transport variant of Mi-8AMT, and has been in service with the Russian Ministry of Defence since 2009.

The helicopter is designed to provide law enforcement and government authorities with enhanced operational capabilities.

The Republic of Tatarstan Interior Ministry ordered two Mi-8AMT helicopters for use in public order maintenance, in August 2012, with deliveries in December 2012.

A Mi-8AMT police helicopter was delivered to the Administration of the Ministry of Internal Affairs of Russia in July 2013. It is used for monitoring the Sakhalin Region, protecting critical facilities, and tracking illegal poaching.

Russian Helicopters concluded a contract with the Almaty City Rescue Service of Kazakhstan for the supply of a Mi-8AMT during the Moscow Air Show MAKS-2013, held in Russia in August 2013.

The helicopter was delivered in October 2014, and will perform search and rescue, MEDEVAC and cargo / passenger transport operations.

The medium size, twin-engine, Mi-8AMT helicopter incorporates equipment required for a range of missions. It can operate under all weather conditions, during day and night. Its tricycle landing gear ensures safe take off and landings on difficult terrains.

It also features a five-bladed main rotor and a three-bladed tail rotor. The main rotor diameter is 21,294m, and the Mi-8AMT has an empty weight of 6,350kg and cargo carrying capacity of 4,000kg.

Mi-8AMT is operated by a crew of three and can be incorporated with approximately 37 troop seats or 26 passenger chairs.

The helicopter is fitted with LPG-150M winch and SLG-300 hoist systems for lifting people during search and rescue tasks.

An external sling hydraulic weighing system is attached to carry up to 4,000kg of payload. The helicopter can perform lifting, loading and unloading of freight in-flight.

An air-conditioning system installed in the aircraft provides comfortable working conditions for the crew and occupants. Additional equipment onboard the Mi-8AMT includes an anti-icing system, fluorescent lighting, a spotlight with IR filter, information and emergency lighting panels, and winches.

The Mi-8AMT helicopter is powered by two TV3-117VM turbo-shaft engines produced by Motor Sich JSC. Each engine develops a take-off power of 2,200hp and a contingency power of 2,200hp.

The helicopter can fly at an average speed of 230km/h and a maximum speed of 250km/h. It has an operational range of 610km and can be fitted with additional external fuel tanks for a maximum range of 1,065km.

Maximum operational height is 6,000m, and the helicopter can operate in temperatures ranging between +50°C and -50°C. It can also withstand high winds.