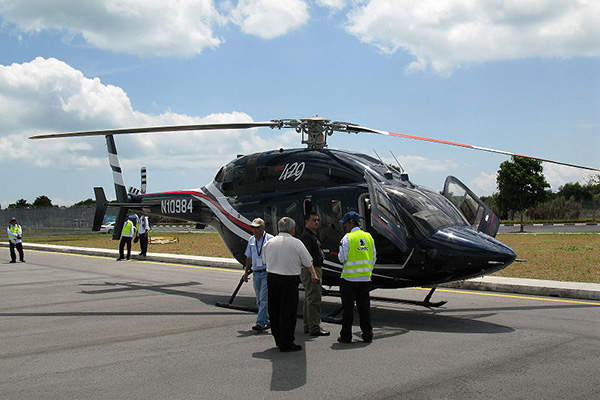 Bell 429 was displayed at the Singapore Air Show in February 2010. Image courtesy of Dave1185. 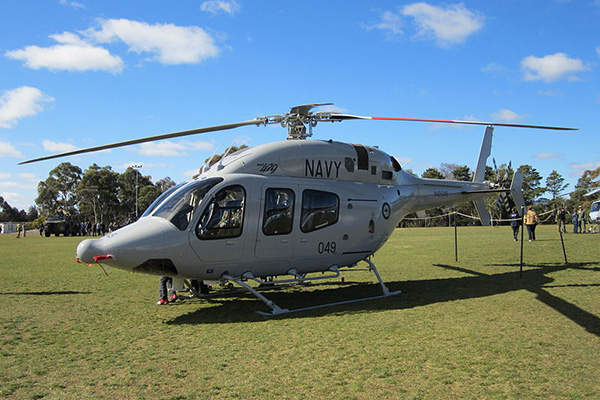 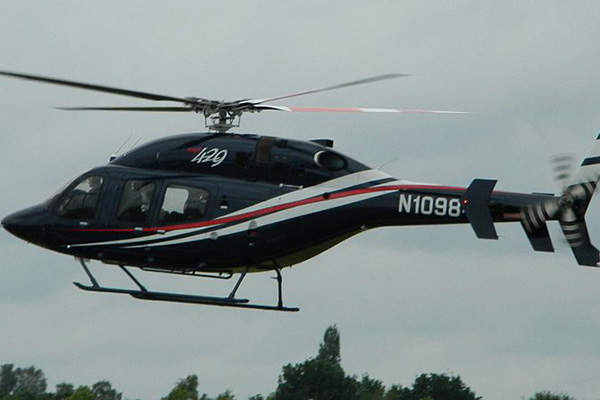 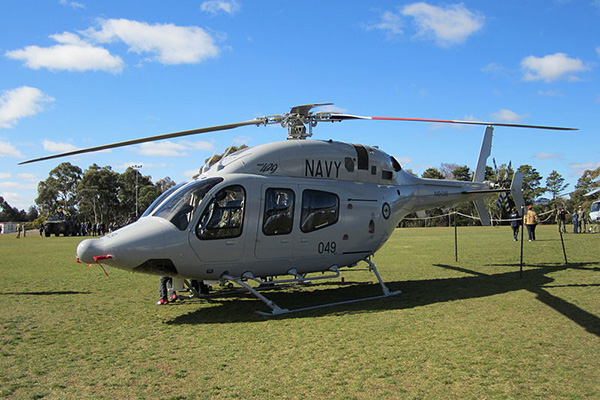 The Bell 429 is a light, multi-purpose helicopter designed and built by Bell Helicopters and Korea Aerospace Industries. It can be deployed in airborne law enforcement, search and rescue (SAR), emergency medical service, force projection and humanitarian support operations.

The Bell 429 prototype performed its maiden flight in February 2007. The aircraft are currently in operation with a number of police departments and government security agencies across the globe.

The New York Police Department placed a contract with Bell Helicopter for four helicopters in January 2014. The helicopters will be deployed in airborne law enforcement patrol missions. Deliveries are expected to be completed by 2015.

The Bell 429 incorporates a new modular airframe and an advanced rotor blade system developed based on the concept of modular affordable product line (MAPL). The aircraft uses the engine and drive system derived from the Bell 427.

The helicopter is fitted with 157cm side doors. The cabin compartment measures 5.78m3, including the aft cabin area, and accommodates up to seven passengers and a pilot. The baggage compartment volume is 2.1m3. The helicopter can be reconfigured depending on the mission.

"The helicopter can be reconfigured depending on the mission."

Cockpit and avionics of the Bell 429

Engine and performance of the multirole helicopter

The Bell 429 is powered by two PW207D1/D2 turboshaft engines provided by Pratt & Whitney Canada. Each engine produces a power of 820kW. The total usable fuel capacity is 814l.

A Bell 429 helicopter was delivered to Strong Aviation to perform VIP missions in Kuwait in February 2011.

Bell Helicopter received an order for three Bell 429 helicopters from Raytheon Australia in September 2011. The order was placed for the Retention and Motivation Initiative of the Royal Australian Navy. The aircraft are deployed with 723 Squadron in Nowra to provide training and utility services.

Bell Helicopter was selected by the Turkish national police in January 2012 to provide 15 aircraft with an option for five additional aircrafts. The first seven helicopters were delivered in November 2013, and are being used in surveillance and personnel transport missions, as well as to deliver air support for ground operations.

In February 2012, Bell Helicopter delivered one helicopter to the Nigeria Police Air Wing (NPAW) for use in general law enforcement, surveillance and force projection, and one more to the Nigeria Emergency Management Agency (NEMA) for deployment in disaster relief and humanitarian support operations.

The Republic of Turkey Undersecretariat for Defence Industries placed an order for five aircraft in December 2012. The Turkish General Directorate of Forestry (TGDF) will deploy the helicopters to offer protection for forest resources and to support fire-fighting operations. Deliveries are scheduled for 2014.

In April 2013, Bell Helicopter secured a contract to supply two helicopters to the Delaware state police. The aircraft will be used for both airborne law enforcement duties and helicopter emergency medical services. Deliveries are scheduled for 2014.