The Ka-226T light helicopter has a maximum range of 600km. Image courtesy of Russian Нelicopters, JSC. 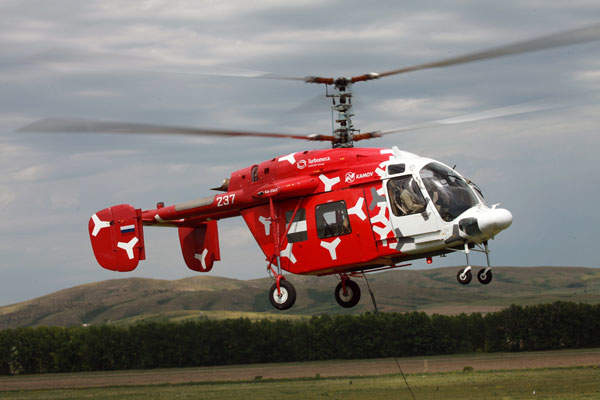 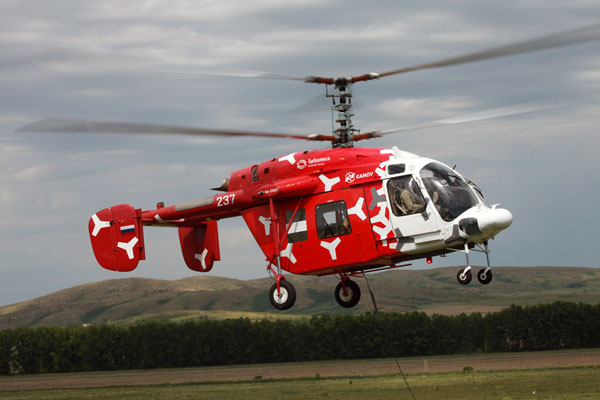 Ka-226T is a new light, coaxial, multi-role helicopter developed by Kamov Design Bureau, a subsidiary of Russian Helicopters, and manufactured by Kumertau Aviation Production Enterprise. The helicopter is designed to provide law enforcement and government authorities with enhanced operational capabilities.

It can be deployed in law enforcement, patrol, search-and-rescue (SAR), cargo and passenger transportation, medical evacuation, medical intensive care, fire-fighting, and other police duties. It can carry out operations under all weather conditions, during day and night. It offers high performance and superior manoeuvrability.

The Ka-226T light multi-purpose helicopter was displayed for the first time at the Helirussia 2011 exhibition in Moscow. It performed show flights for the Kazakh Border Service in May 2012. The first Ka-226T built for the Russian Emergencies Ministry (EMERCOM) was demonstrated at the international HeliRussia 2013 exhibition.

The Eurocopter Company manufactures the Cougar family of twin engine helicopters, of which more than 350 have been ordered.

The Ka-226T air ambulance variant was demonstrated to airborne divisions of the Interior Ministry, Ministry of Emergency Situations, Ministry of Health, law enforcement and environmental authorities, as well as commercial helicopter operators in Kazakhstan in June 2013.

Russian Helicopters signed a cooperation memorandum with Almaty Rescue Service, Kazakhstan to supply Ka-226T helicopters in October 2013. The helicopter was also demonstrated to the Russian National Centre for Disaster Medicine in December 2013.

The helicopter is attached with coaxial main rotor system comprising of three upper rotor blades and three lower rotor blades. It has a maximum take-off weight of 3,600kg and can carry 1,100kg on external sling and 1,050kg load in cabin. A wide door is fitted at the rear section to ease loading and unloading of mission equipment.

The cabin measures 2.35m long, 1.34m wide and 1.4m high, and offers a storage volume of 5.4m³. Energy absorbing seats are provided to accommodate two crew and up to seven passengers. The seats feature safety harness system to offer superior safety for the occupants. The cabin can be quickly configured with different mission equipment to carry out a variety of missions.

The Ka-226T MEDEVAC variant is configured with stretchers, oxygen cylinders, fold-away seats for medical staff, and other medical equipment. The intensive-care version can carry one patient and two medical workers.

The police variant houses up to six personnel, whereas the SAR version is equipped with wide range of search-and-rescue equipment and can operate in difficult environmental and climatic conditions.

The Ka-226T can operate in varying temperatures between -50°С and +50°С and in humidity ranging from 0% to 100%. The helicopter can also withstand high winds.