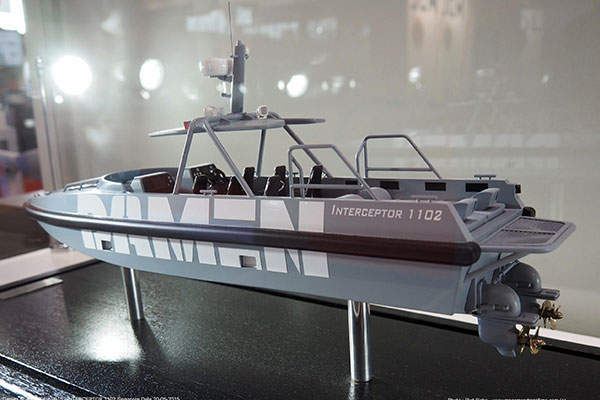 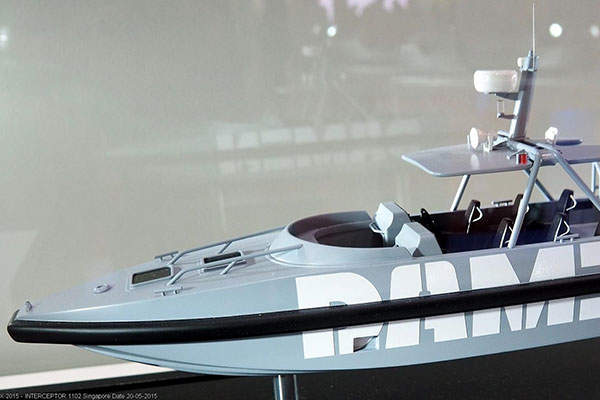 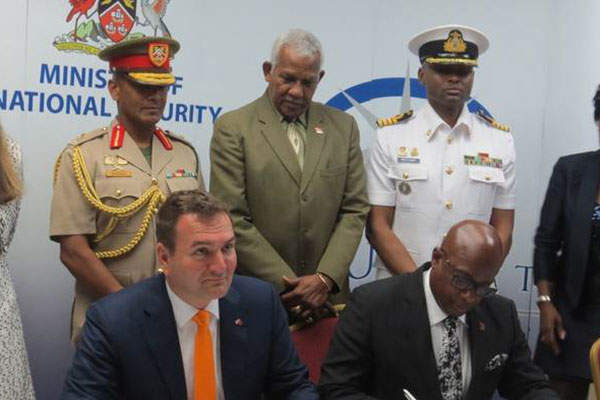 The Government of Trinidad and Tobago ordered six DI 1102 interceptors in May 2015. Image: courtesy of Damen Shipyards Group. 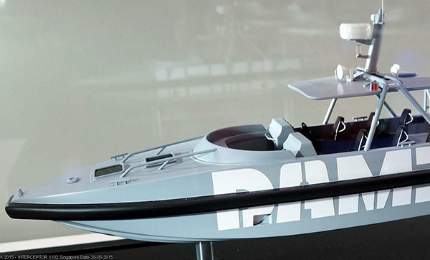 The boat can be deployed in marine patrol and surveillance in territorial seas, anti-smuggling interceptor duties, marine law enforcement operations, special forces operations, and rapid response actions. It can also be used to support offshore and fast patrol vessels during operations at sea.

The DI 1102 interceptor was demonstrated at the IMDEX ASIA 2015, International Maritime Defence Exhibition and Conference 2015 held in Singapore.

HSI 32 interceptor vessel is one of the Deep Vee (DV) Interceptor vessels built by French shipyard Constructions Mécaniques de Normandie (CMN), part of Privinvest Shipbuilding Group, for use by the navies, coast guards, and special forces.

A DI 1102 prototype underwent a one-year testing with the Royal Netherlands Navy, Seaport Police Rotterdam, Netherlands Coastguard, and Coastguard Neth Antilles. Damen also developed five production boats, of which one has been delivered to an undisclosed customer.

In May 2015, the government of Trinidad and Tobago placed an order with Damen Shipyards for the delivery of six Damen Interceptor 1102 interceptors as part of a four-year acquisition programme. The boats will be used by the Trinidad and Tobago Defence Force in maritime security missions.

Design and features of Damen Interceptor 1102

Overall length of the boat is 1.97m, whilst it beam measures 2.49m and the draught keel is 0.71m. It features 4.5kg fortress anchor equipment made of aluminium, and a resilient elastomer covered foam fender. Electrical equipment installed in the vessel include 12Vdc electrical network, two battery sets and shore supply.

Damen Interceptor 1102 is operated by a crew of two persons and can accommodate up to four passengers. Its spacious shock-mitigating Ullman jockey seats provide increased safety for the occupants.

Spray rails located at the chines and at the bottom provide additional comfort by keeping the boat dry.

The intercom system is integrated in the crew helmets, which can interface with multiple radios of the boat.

Power for the Damen Interceptor 1102 comes from Volvo Penta four-stroke, six-cylinder D6 turbocharged diesel engines, which have a capacity of 370bhp each. Bore and stroke sizes of the engine are 103mm and 110mm respectively, and the maximum engine speed is 3,500rpm.

The engines are coupled with Volvo DP-R stern drives, each having a set of counter rotating propellers. Fuel capacity of the boat is 470l, cruising speed is 40kt, maximum speed is more than 55kt and range is 230nm with 10% reserve. The propulsion system also enables the boat to endure for extended periods.