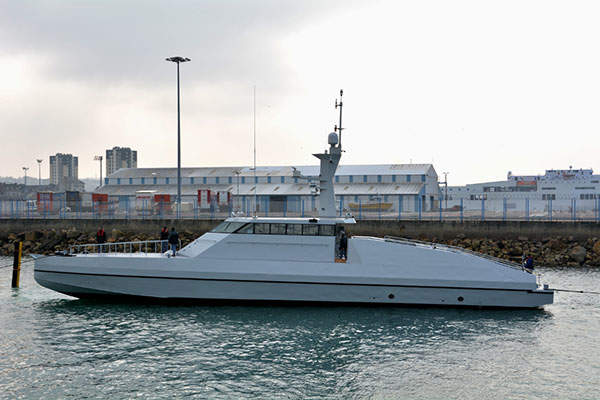 The Interceptor HSI 32 vessel is being built by French shipyard CMN. Image: courtesy of CMN. 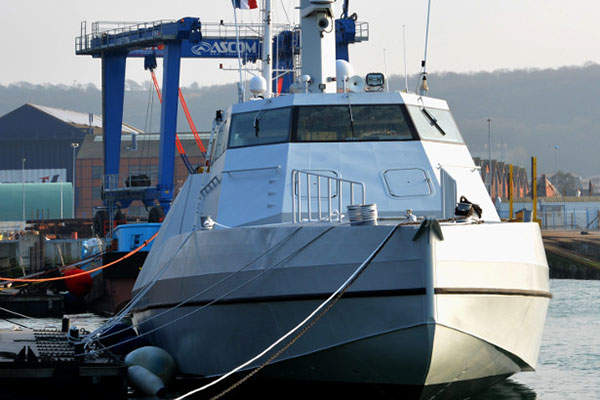 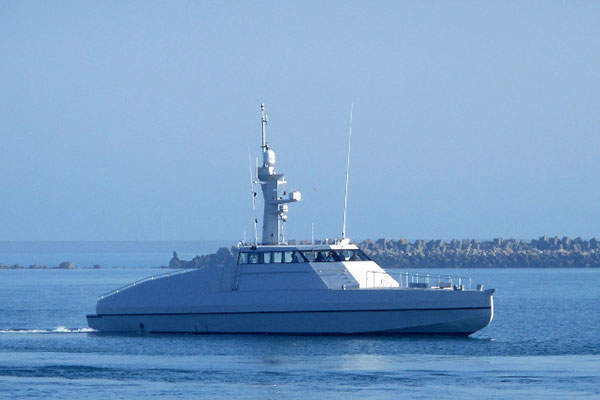 The interceptor vessel has a maximum speed of 43kts. Image: courtesy of CMN. 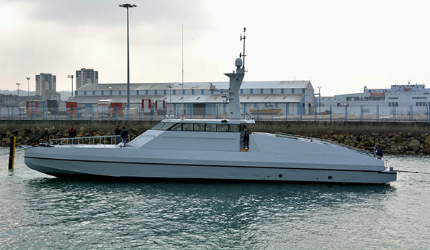 HSI 32 interceptor vessel is one of the Deep Vee (DV) Interceptor vessels built by French shipyard Constructions Mécaniques de Normandie (CMN), part of Privinvest Shipbuilding Group, for use by the navies, coast guards, and special forces.

The vessel can be deployed in multiple missions, including sea policing, search and rescue (SAR), safety at sea, maritime security, sea strike operations, escort, protection of vulnerable vessels and offshore installations, as well as counter-piracy, anti-trafficking, anti-smuggling, and illegal immigration control. It can also be used to fight against asymmetric threats, speedboats, and the boarding of terrorists.

In addition, the vessel can carry out combined operations with aircraft and coastal surveillance systems.

CMN was contracted by the Mozambican Navy for the design and construction of three HSI 32 interceptor vessels in September 2013. The navy placed an order for the second batch of three interceptors in January 2015. Delivery of the vessels is planned to begin later in 2015.

The first vessel of the initial batch was launched at CMN’s facility in Cherbourg in March 2015, and initial sea trials began in April 2015. It reached a maximum continuous speed of 51kts during the trials.

Design and features of the interceptor vessel

"The hull and superstructures are made from aluminium materials, providing high-speed navigation in planning mode."

The watercraft’s overall length and beam are 32.2m and 7m respectively, and its maximum draught is 1.4m. It accommodates a crew of 12 members, and can carry up to 64 people for search and rescue missions.

Planning and execution of all the missions are performed from the wheelhouse, which is designed to provide all-round view for the crew.

The lightweight and agile HSI 32 has significant intelligence and surveillance capabilities. It is equipped with a 20mm remotely-controlled gun turret and two 12.7mm side guns to provide self-protection against small threats.

A stern ramp is also provided for mounting and deploying a 4.8m outboard rigid-hulled inflatable boat (RHIB), which is used for policing intervention and special operations.

Sensors aboard the HSI 32

"The HSI 32 is equipped with a 20mm remotely-controlled gun turret and two 12.7mm side guns to provide self-protection against small threats. "

Mission systems aboard the HSI 32 interceptor vessel include Satcom for data link, a navigation radar, a surveillance radar, a radio direction finder, and an electro-optical (EO) observation system. A command and control (C2) system onboard the vessel performs mission control and enhances operational flexibility.

The HSI 32 interceptor vessel is powered by three diesel engines and is equipped with two main generators and three waterjets, including two steering and one booster. It has a fuel capacity of 21m³ and a fresh water capacity of 1m³.

The watercraft has a maximum speed of 43kts and operates up to a range of 580nm at a speed of 33kts and 800nm at 12kts. It can perform patrol duties for three days.