One driver and up to 14 occupants

The Ballistic Armoured Tactical Transport (BATT) vehicle is widely used by special assignment and Special Weapons And Tactics (SWAT) units across the world. 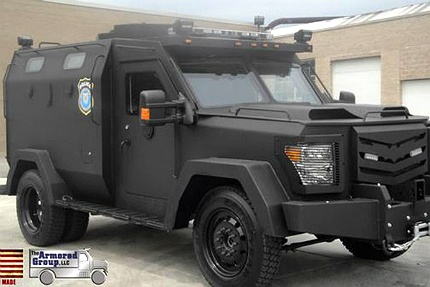 The BATT range of vehicles can transport as many as 12 to 14 officers in urban and off-road theatres of operation. The vehicles allow police and internal security forces to provide quick response to critical incidents involving firearms and violence.

The family of vehicles includes the BATT, BATT S, BATT XL and BATT AP. The BATT-S comes with NIJ III armour protection as it is offered as a low cost platform for law enforcement agencies. The BATT XL is a large-sized variant with extended length and height. It can carry more than 15 fully equipped officers. The BATT AP is offered with fully armoured firewall and blast resistant floor.

"The BATT range of vehicles can transport as many as 12 to 14 officers in urban and off-road theatres of operation."

BATT vehicles feature a high hard ballistic steel hull based on the Ford F-550 Super Duty commercial chassis. The conventional layout of the vehicle houses the engine in the front, crew cab in the centre and troop compartment at rear. The forward cabin of the vehicle is protected by a two-piece wind-shield with sun band.

The entry and exit for the crew is provided through a single door on each side. The front bumper is fitted with push bars and radiator protection. The forward-hinged front doors are equipped with a bar lock system.

The rear compartment is equipped with air conditioning system and heating unit for extra cooling and heating requirements. The standard vertical panel and roof insulation keep the internal temperatures of the vehicle at a comfortable level.

BATT offers a 360° view through bullet-proof windows fitted to front door windows, side walls and rear door. The vehicle is provided with gun ports on cabin doors, side walls under horizontal windows and rear doors. The gun ports allow the use of optics from inside of the vehicle to complement in long gun deployment.

The BATT vehicles can be installed with Spec Rest tactical shooting platform on turret and doors. The compact and fully modular platform allows the installation of a wide range of guns in multiple truck mounted locations.

The armoured solutions of the BATT vehicle can protect the crew from multihit 7.62mm ammunition and 5.56mm ammunition including M193/SS 109 penetrator rounds.

The vehicle can be offered with Self Contained Breathing Apparatus (SCBA) refill tanks and Chemical, Biological, Radiological and Nuclear (CBRN) monitors for protection against radiation and toxic gasses.