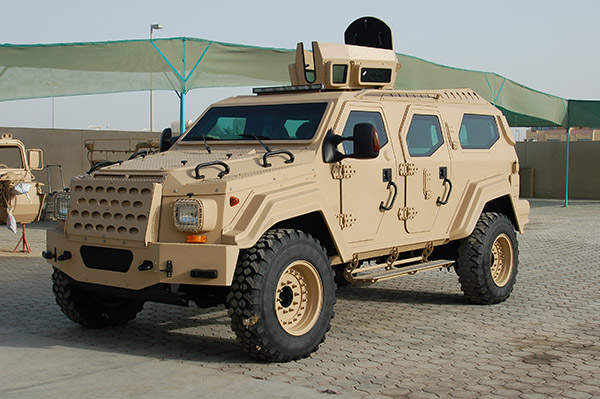 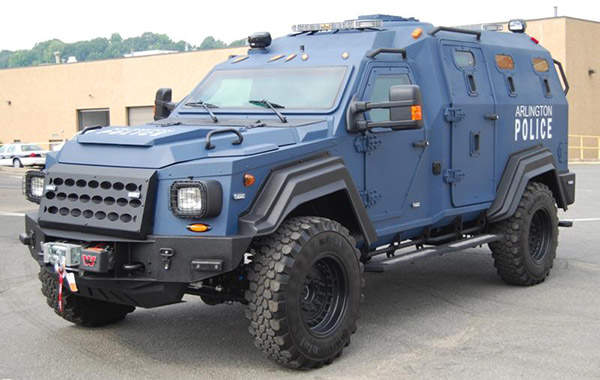 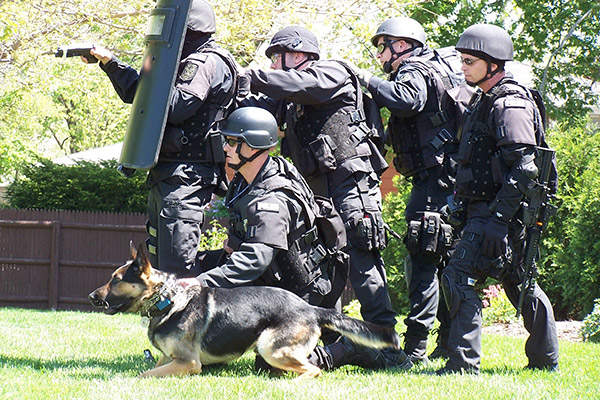 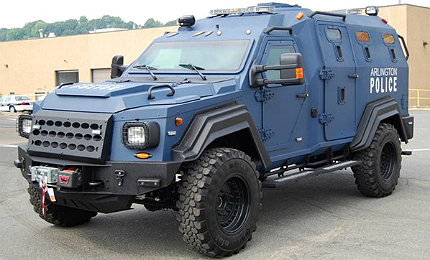 The Gurkha range of armoured patrol vehicles is manufactured by Terradyne Armored Vehicles, a wholly-owned subsidiary of Magna International. The Gurkha family of vehicles is intended for use in defence, law enforcement and homeland security missions. The vehicles can transport SWAT (special weapons and tactics) units and urban law enforcement teams.

Gurkha was originally designed by Armet Armoured Vehicles. The design and intellectual property rights of Gurkha were acquired by Magna in August 2011.

Gurkha is produced in three mission variants: as a light armoured patrol vehicle (LAPV), a multipurpose vehicle (MPV) and rapid patrol vehicle (RPV).The Gurkha LAPV is a 4×4 lightweight vehicle designed to carry eight SWAT and law enforcement personnel. It participated in the field trials concluded by the UAE Land Forces in July 2012.

Lightweight design of the Gurkha

The lightweight hull design of the Gurkha is based on the chassis of a Ford F550 truck. The traditional layout houses an engine in the front, crew cab in the centre and troop / cargo section at the rear. Gurkha is offered in three tactical configurations. Two crew members are accommodated in the crew cab.

The Gurkha vehicle can accommodate up to eight personnel depending on the configuration. The entry and exit for the crew is provided through four side doors and a rear cargo / crew exit door.

The vehicle can be fitted with fixed roof hatch or turret. Other standard equipment and systems include an air conditioning system, towing hooks, lighting and side mirrors. The OEM components of Gurkha are widely available through the worldwide network of Ford.

Armament and self-protection of the patrol vehicles

The Gurkha vehicle can be optionally fitted with a roof mounted turret. The turret can be armed with a wide range of weapon systems as per the customer requirements.

"The Gurkha range of vehicles is powered by a 6.7L Power Stroke V8 diesel engine."

The Gurkha family of armoured vehicles offers the BRV9/STANAG 2 level of protection. The protection levels can be increased to the Nato STANAG 4569 3 standard.

The blast protective materials are stuffed into the empty walls. The side armour provides superior protection against IED side explosions.

The forward part of the vehicle is fitted with frontal armour. The second armour wall further protects the occupants inside the crew cab from forward attacks. The vehicle offers all-round protection against 7.62mm armour-piercing rounds. The bottom of the vehicle is provided with additional protection to withstand blasts.

V8 engine of the Gurkha APV

The Gurkha range of vehicles is powered by a 6.7L Power Stroke V8 diesel engine coupled with a six-speed automatic transmission. The engine develops a power of 350bhp at 300rpm and 967kg-m torque at 2000rpm. The fuel capacity of the vehicle is 151l.

Gurkha is a four-wheel-drive vehicle equipped with locking hubs and limited-slip differential (LSD). The front suspension includes coil springs, shocks and steering damper. The rear suspension integrates leaf springs with Timbron mounts. The wheels are fitted with four-wheel disc anti-lock brakes. Gurkha has a maximum speed of 110km/h and range of 600km.