The Aklus Shield threat detection and collection system was developed by SRC. Image: courtesy of SRC.

The Aklus Shield was selected for the JUPITR programme to provide biological defence capabilities in South Korea. Image: courtesy of the US Army. 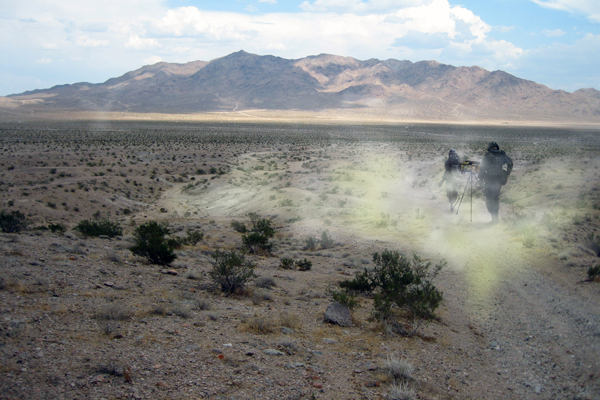 The programme aims to provide new instrumentation for stronger biosurveillance capabilities on the Korean Peninsula.

Aklus Shield system can be used in applications such as biosurveillance, chemical and biological defence and homeland security to protect fighters in theatre against bioterrorism.

The chem-bio defence system underwent a series of tests during the first phase of the JUPITR programme at the Aberdeen Proving Ground facility in Maryland and at the Key West Naval Air Station in Florida.

SRC received a follow-on contract to deliver Aklus Shield threat detection systems and training and support to the JUPITR programme in October 2015.

It is simple to operate and can be deployed within four hours in a tactical environment.

Its modular design enables the identifier to use immunoassays or polymerase chain reaction (PCR) techniques, based on the mission needs.

The system is equipped with industry standard interfaces, commercially available technologies, centralised power distribution, and a command and control unit. It can be easily reconfigured and upgraded to provide advanced threat detection capabilities.

The chem-bio defence system can be integrated with chemical sensors to provide real-time awareness of chemical agents. The system uses unique toxin assays to assist evaluation of suspect toxins on the same PCR platform used to identify bacterial and viral agents. Toxin assays evaluate biological activity of the suspect toxins within one hour.

The system is coupled with a networkable and embedded mesh radio to perform remote monitoring and surveillance over a wide area for a high level of protection. It is equipped with base station sensor fusion software, which facilitates operation of multiple sensors from one or more centralised locations.

Aklus Shield is powered by military standard lithium-ion rechargeable batteries and requires less than 20W of power. It is capable of operating continuously for multiple days on a single charge. The system can be optionally powered by solar photovoltaic (PV) panels.

The JUPITR programme is a new advanced technology demonstration (ATD) led by the Joint Program Executive Office for Chemical and Biological Defense (JPEO-CBD), and supported by the US Army Edgewood Chemical Biological Center (ECBC).