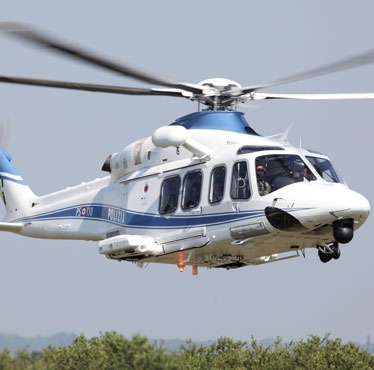 The Italian Police has taken deliveries of all the eight ordered AW139 helicopters from AgustaWestland between mid-2013 and late December 2014.

All the helicopters are currently deployed at five different bases in central and southern Italy, with three of them operating from Pratica di Mare close to Rome; two in Reggio Calabria; and one each in Bari, Palermo and Fenosu.

Since the completion of deliveries, aircraft logged more than 1500 flight hours, while training has also been offered to about 50 aircrew and 70 maintenance technicians.

Further, the aircraft is currently operational with the Italian Coast Guard, Guardia di Finanza (Customs and Border protection) and the Italian Air Force.

Boasting a maximum cruise speed of 165k, the AW139 offers a maximum range of over 570nm with auxiliary fuel.

Overall, AgustaWestland has bagged orders for more than 800 AW139 aircraft in over 70 nations covering more than 200 customers and with 700 helicopters currently operational.