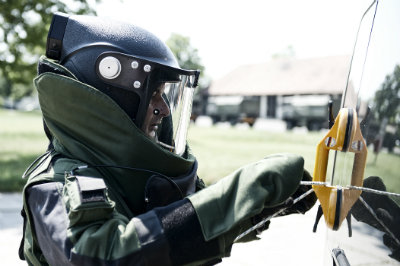 The European Defence Agency (EDA) has commissioned a new facility in Netherlands, which will help in the fight against improvised explosive devices (IEDs).

Dutch armed forces warrant officer Bert Westers said: "This new facility allows us to maintain and build on the skills and experiences that we gained in Kabul.
"It also helps to improve our forces’ ability to deal with threats from IEDs in the future."

As part of efforts to focus on training the complete range of skills for technical exploitation, the facility will host both national and multi-national training events, customised to the requirements of the involved Member States.

Mainly aimed at subprojects to be launched under its framework, the JDEAL is intended to be a platform for research and development and will work together with other actors and cooperative bodies involved in the counter-IED field.

Using the equipment and knowledge achieved from the EDA developed Counter-IED Technical Exploitation Laboratory earlier deployed with ISAF in Kabul, the new facility will record and analyse information related to events, scenes, technical components, and material used in IED attacks.

Further, EDA is planning to establish two deployable laboratories for use in future operations, with at least one available for approaching operations/missions by the second half of 2015.

EDA will work in collaboration with intelligence services, which can use the results to attack the networks drawn in building the IEDs.

Image: The facility is aimed at improving the forces’ ability to deal with threats from IEDs in the future. Photo: courtesy of European Defence Agency.