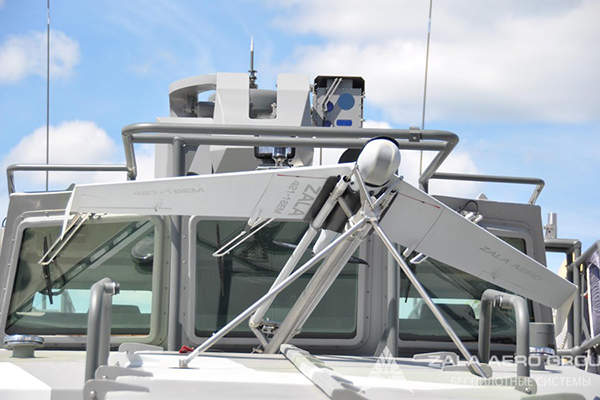 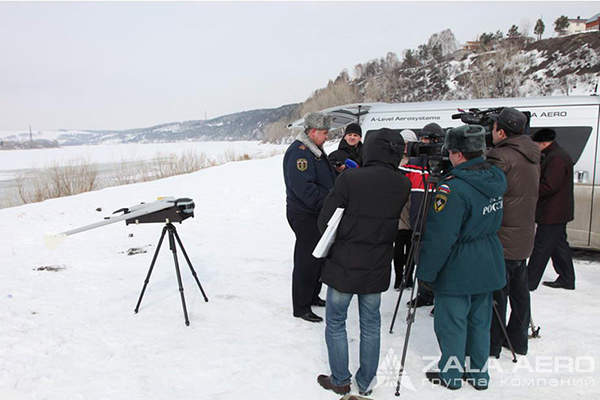 A demonstration flight of the ZALA 421-16EM took place in the Kemerovo region for the Ministry of Emergency Situations of Russia in April 2013. Image: courtesy of ZALA AERO GROUP Unmanned Systems. 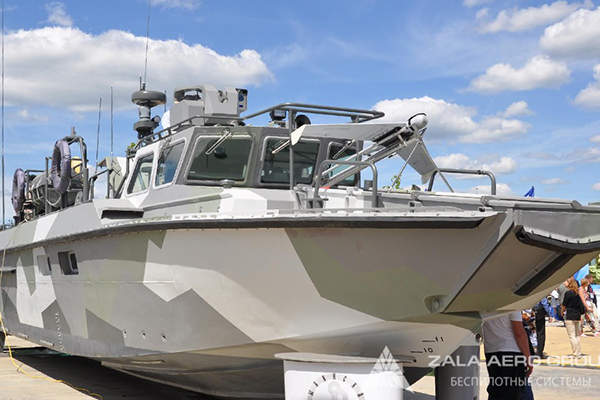 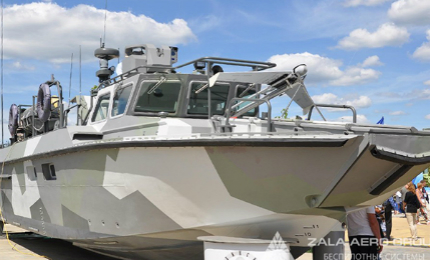 The modernised UAV can be used in various missions, including tactical reconnaissance, surveillance of remote land and sea areas, intelligence, aerial survey, search and detection of poachers, monitoring and control, infrastructure security and emergency assistance.

ZALA Aero demonstrated ZALA 421-16EM’s ability to be launched from a BK-16 (project 02510) high-speed landing craft, built by Rybinsk Shipyard for the Russian Navy, during the Army 2015 International Military-Technical Forum held in Russia in June 2015.

The UAV was also exhibited at the International Maritime Defence Show (IMDS) in July 2015.

The UAV was unveiled at the International Exhibition of Security, Integrated Safety 2012 in Moscow.

A 90-minute demonstration flight of the vehicle over the Tom river was conducted for the Ministry of Emergency Situations of Russia in the Kemerovo region in April 2013.

A test flight was made as part of the training camp of Russian aviation special operations brigade in Samara in May 2013. The Sverdlovsk Police acquired ZALA 421-16EM air system in October 2014.

ZALA Aero delivered a ZALA 421-16EM unmanned aircraft to the Ministry of Emergency Situations of Russia in the Republic of Udmurt in November 2014.

The UAV is launched using an elastic catapult and recovered by a parachute / network. It can be deployed in 15 minutes and is operable under harsh weather conditions.

The wide-winged UAV is fitted with two rotor blades, requires no runway for take-off and landing and can operate under extreme weather conditions during day and night.

Payloads include a Z-16VKHD HD three-axis, gyro-stabilised camcorder for recording high-resolution video, and a 24 megapixel Z-16F2 / Bk camera combined with a 720×576 pixel video camera for capturing high-definition images and footage.

An onboard Z-16O / Bk Alarm 1 warning system combined with a video camera is used to transmit pre-recorded messages in emergency situations.

The UAV can also be equipped with Z-16IK35 / ON gyro-stabilised thermal imager and Z-16GAMMA gamma-ray detector with a video camera.

The UAV’s flight path is controlled by an automatic control system. It is equipped with an inertial navigation system (INS) combined with global positioning system / global navigation satellite system (GPS / GLONASS) for determining position and velocity of moving objects.

An automatic tracking module provides the operator with increased identification and recognition of objects.

A digital telemetry system is used for transmission of video and images from the UAV to the ground control station.

The ZALA 421-16EM UAV’s ground control station is used by the operator to perform command and control of the UAV and payloads. It comprises an antenna unit, protected portable computer, joystick, ZALA mobile, recorder, small receiving station and an AC module.

Powered by an electric engine, the ZALA 421-16EM UAV can fly at an air speed between 65km/h and 110km/h and can operate at a maximum altitude of 3,600m. It can transmit videos up to a range of 25km in real-time, while its radio range is 50km.

The UAV has a flight time of 150 minutes and can withstand wind speeds up to 15m/s and temperatures ranging between -30°C and 40°C.