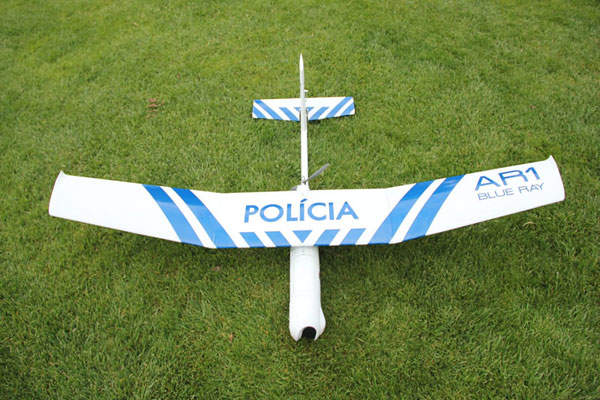 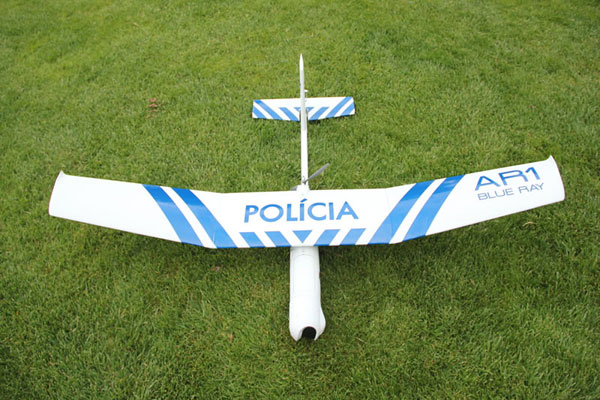 It can be used for surveillance, reconnaissance, communication relay, perimeter control, crowd observation, search, patrolling, VIP security, public safety, as well as monitoring and control of large areas and urban environments. It can also be used to detect, acquire and track a variety of targets.

The mini UAV was demonstrated to the Public Security Police of Portugal and the Ministry of Internal Affairs at the SEGUREX 2013 exhibition in Lisbon, Portugal. A monitoring mission was conducted in collaboration with the Portuguese Public Safety Police at the Parque das Nações site during the exhibition.

The AR1 Blue Ray aerial system was selected by the National Safety Police of Portugal as part of the technological partnership formed with TEKEVER Group in June 2013. The partnership intends to reinforce safety and security operations of the national security forces.

The AR1 Blue Ray is a fixed wing UAV incorporating modular, portable and interchangeable design. It is designed to accommodate a number of payloads while offering increased upgradeability. It is capable of executing missions in adverse weather conditions.

The man-portable, collapsible air system can be unpacked and deployed within one minute. It is launched by hand and recovered using a parachute. The UAS can operate in multiple modes such as remote control, semi-autonomous and full autonomous. It offers unprecedented flexibility and airborne superiority.

The drone develops specific flight path to conduct operations based on the onboard artificial intelligence system and mission planning requirements. The intelligence module also supports onboard autonomous mission re-planning and cooperative mission execution.

The AR1 Blue Ray unmanned air system is equipped with a gimbal payload system with a large operational coverage. It is mounted with electro-optic (EO), infrared (IR), zoom sensors to provide high resolution imagery and video in real time, during both day and night operations.

"The AR1 Blue Ray unmanned air system is equipped with a gimbal payload system with a large operational coverage."

The two-axis stabilised gimbal payload system can tilt through 110º and pan through 220º. The modular design of the UAS allows for change of payloads within five seconds for improving intelligent detection, localisation and tracking capabilities. The UAV is provided with the patented payload locking mechanism for fast swapping of camera systems and batteries.

The UAV is also fitted with robust, secure and reliable communication systems for transferring images and videos collected by the onboard sensors, to the operators.

The AR1 Blue Ray mini UAV is powered by onboard batteries ensuring a cruising speed of 55km/h and a maximum speed of 80km/h. It can operate in a line of sight (LOS) range of 20km.