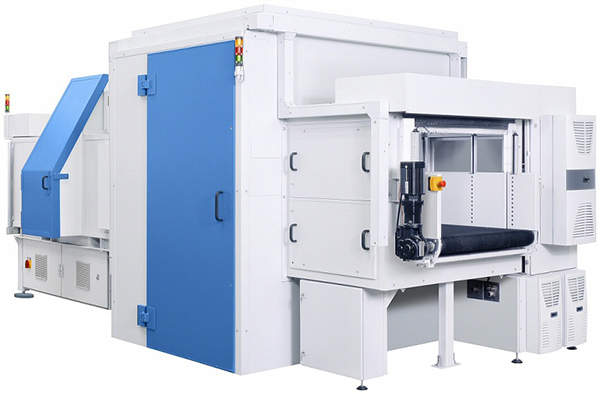 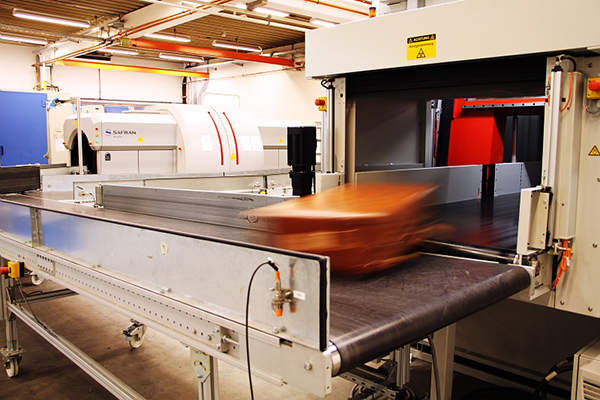 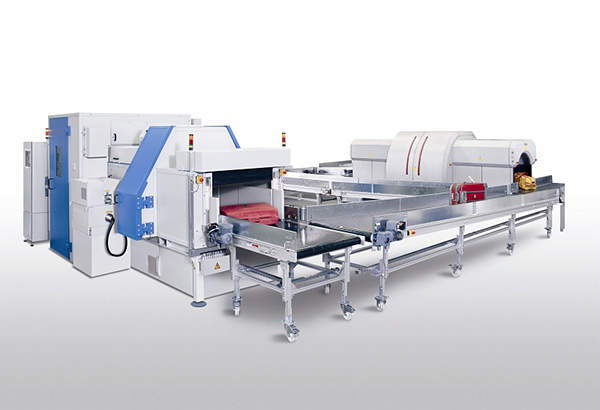 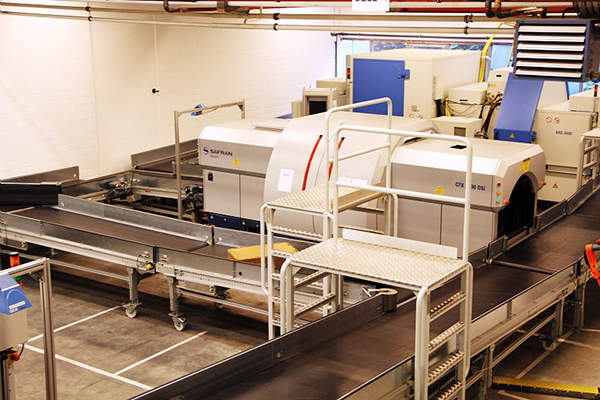 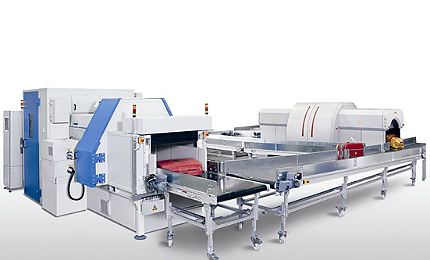 XRD 3500 is an explosives detection system (EDS) manufactured by Morpho Detection, part of the Safran Group. It is an improved derivative of the XES 3000 EDS based on X-ray diffraction (XRD) technology.

The XRD system can be deployed as an independent system or integrated in a baggage handling system to increase the level of an airport’s security, as well as reduce the number of bags minimising the reconciliation needed. The system allows airports to optimise the use of critical security personnel, while saving operational costs.

The XRD 3500 system, in a multilevel baggage inspection concept, operates as a Level 3 system where suspicious bags identified by a previous screening step are conveyed to the XRD system. The system inspects entire baggage in a standalone configuration.

The XRD 3500 system includes a detector, primary collimator, secondary collimator and an X-ray tube. The system is designed to operate without human interference for reducing the utilisation of operators.

The system has a length of 5.9m, width of 2.5m and a height of 2.5m. It can scan luggage weighing up to 60kg. The XRD 3500 system is optionally provided with internal water cooling system, operator based registration (OBR), remote management workstation and additional UPS unit. It can operate in temperatures ranging between five degrees and 40°C.

The XRD 3500 resolves alarms from other EDS without depending on operators and other processes. The system scans only volumes previously identified by an upstream EDS system in the baggage handling system (BHS). It uses alarm location data provided by the earlier EDS system to focus on a subsection of the bag. The capability of focussing on a determined menace area highly improves the output of the XRD system.

The XRD 3500 EDS is the only system using a non imaging technology known as X-ray diffraction (XRD). The technology uses X-rays to identify the explosives and drugs from unobjectionable materials in passenger baggage.

"The XRD 3500 resolves alarms from other EDS without depending on operators and other processes."

The X-rays are focused on a specific object of interest to form XRD patterns, which help to determine the chemical signature of explosives.

The diffraction patterns act as a virtual finger-mark for the identification of different types of explosives and drugs. The fully automated system offers unsurpassed detection rates as it identifies objects and cuts down the number of reconciled bags to a lower limit.

The XRD 3500 employs patented cone beam geometry for inspecting suspicious bags throughout their full surface and in depth. The case-by-case scatter spectra are matched with the spectra of target substances in an extensive library. The library can be expanded to include new classes of explosives, narcotics, other objects of interest, home-made explosives and liquids.

The XRD 3500 acts as a System of Systems (SoS) when it is integrated with the Computed Tomography (CT) based CTX 9000/9400 DSi EDS. The SoS integration provides airport security systems with a superior explosives screening solution.

The system employs practical, functional and operational procedures to ensure the highest possible level of checked baggage security while valuing the time and privacy rights of the passengers.

The integration of critical systems offers higher detection and lower false alarms rates. The SoS will further reduce the operating costs of airports by resolving almost all CT alarms, thus minimising the requirement for manual inspections to the lowest possible level.

The remote management work station (MWS) provides advanced user interface for operators of XRD 3500. The MWS comprises a set of software tools for demonstrating inspection results, viewing statistics and error handling. The MWS also helps to oversee the status of the system.

IDENT1 is the national automated fingerprint system that provides biometric services to the police forces and law enforcement agencies throughout England, Scotland and Wales. It was designed and developed by Northrop Grumman.