The VSCM Huveaune (P619) of the Gendarmerie Maritime stationed at the old harbour of Marseille. Image courtesy of Rama.

A long-side view of the VSCM Charente (P613) of the French Coastguard. Image courtesy of Remi Jouan. 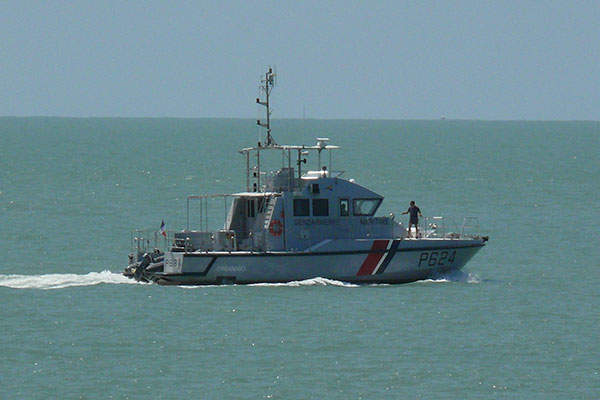 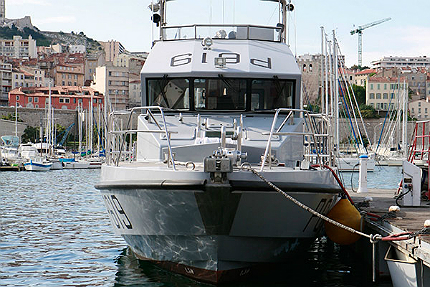 Vedette Côtière de Surveillance Maritime (VCSM) patrol boats are in service with the Gendarmerie Maritime (French Coastguard) of the French Navy. The boats were primarily deployed in harbours to conduct coastal surveillance across the territorial waters of France. Built by Raidco Marine, the VCSM boats are offered to the export markets as RPB 20 patrol boats.

"The French Navy launched a programme in 2010, to build 24 patrol boats for Gendarmerie Maritime."

The French Navy launched a programme in 2010, to build 24 patrol boats for Gendarmerie Maritime to conduct maritime surveillance (VCSM) across more than 9,000km of French coastline.

Raidco Marine was contracted to build the boats in 2001. The first boat was delivered in June 2003 and the last vessel was handed over to the French Coastguard in March 2007.

"The boats were primarily deployed in harbours to conduct coastal surveillance across the territorial waters of France."

The long endurance of the VCSM makes them highly suitable for conducting long range patrols. The diesel propulsion allows the boats to attain high chase speeds.

The VCSM boat has a length of 20m and width of 5.3m. The full load displacement of the vessel is 42t. The ship is provided with berthing facilities for seven to ten crew members.

The VCSM can accommodate a custom-built rigid-hull boat, Tender One 490 in its well deck. The ship features a stern ramp for launching the boat. The deck can be modified into a helicopter airlift zone. Other onboard equipment includes Furuno radar, Shell CVR and water cannon.

The VCSM fleet manned by Gendarmerie Maritime is the largest single-type fleet of the French Navy.

The primary missions of VSCM include maritime security, surveillance, patrolling and prevention of illegal immigration, drug trafficking and terrorism. The fleet will also work in tandem with the military, judicial and security agencies to accomplish these tasks.

The boats can also be deployed in other tasks, including environmental protection, search and rescue, fisheries protection and vessel traffic monitoring.

Armaments and weapons on the French vessels

The VCSM boats can carry light artillery system for fire support. The French Coastguard fleet is armed with a 7.62mm general-purpose machine gun. Additionally, the vessels accommodate small arms carried by the crew.

Propulsion of the VCSM patrol boats

The VCSM boats are powered by two MAN 12 cylinder V diesel engines driving two fixed pitch propellers. The engines develop a total power output of 1,470kW. The onboard electricity is generated by a 22.5kVA to 37kVA power generation system. The fuel capacity of the boat is six cubic metres

The propulsion system provides a maximum speed of 25kt. The vessels can reach a distance of 400nmi at 25kt speed. The maximum range of VCSM boats is 500nmi at 15kt. The VCSM boat has an endurance of four days.