Spartan is a light armoured vehicle designed and produced by Streit Group. Image courtesy of Jamesw007.

The Spartan armoured vehicle has an overall length of 6.02m. Image courtesy of Jamesw007.

Spartan can attain a speed of about 110km/h. Image courtesy of Jamesw007. 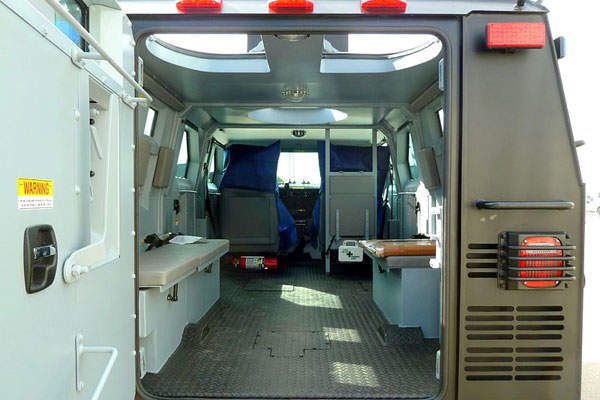 The Spartan light armoured vehicle can accommodate up to 12 personnel. Image courtesy of Jamesw007. 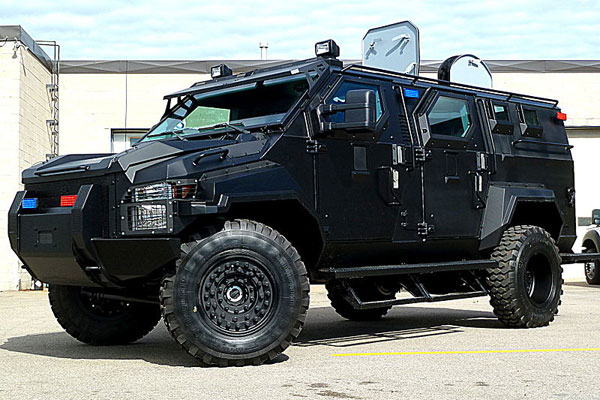 Spartan was launched at the International Defence Exhibition and Conference 2013 (IDEX 2013) held in Abu Dhabi. Streit Group also demonstrated the vehicle at the International Armoured Vehicles 2013 (IAV 2013) exhibition held in Farnborough, UK, and at the LAAD Defence & Security 2013 in Rio de Janeiro, Brazil.

The flexible, multi-purpose 4×4 vehicle features integrated all-welded steel armoured body. It is based on the chassis of Ford F550 4×4 vehicle and can be configured to perform variety of missions under difficult terrain conditions.

The Spartan APC can accommodate six people and can be reconfigured to carry up to 12 troops. The vehicle is fitted with two doors on either side, each door has a firing port and an armoured window. Two small armoured windows with firing port on each side of the vehicle are also provided for observation and firing purposes. A single door at the rear allows the easy ingress and egress of troops and two roof hatches serve as emergency exits.

The Spartan APC is equipped with a manual or electric rotating turret on the roof. The turret with armoured glass can traverse through 360°. It can be fitted with a 7.62mm or 12.7mm machine gun or a 40mm automatic grenade launcher.

"The Spartan APC is equipped with a manual or electric rotating turret on the roof."

The APC offers enhanced protection for the crew and troops against ballistic threats, light anti-personnel mines and grenade blasts. The crew compartment is armoured with up to CEN Level B6 standard and the floor offers STANAG 4569 Level 3 protection.

The Spartan APC is powered by a 6.7L V8, turbo diesel engine, which develops a power output of 400hp at 2,800rpm and generates a torque of 1,085Nm at 1,600rpm. It is coupled to an automatic, electronically controlled transmission system.

The vehicle can attain a speed of about 110km/h and has a range of approximately 800km. It is equipped with power assisted steering, a heavy duty electric winch, and augmented suspension and braking systems. It integrates four military standard 335/85 R20 or 12.5 R20 run-flat tires and 20 x 11 wheels with rims, each wheel weighs 3,075kg.

This project forms part of our recent analysis and forecasts of the global armoured vehicles and counter-IED vehicles market available from our business information platform Strategic Defence Intelligence. For more information click here or contact us: EMEA: +44 20 7936 6783; Americas: +1 415 439 4914; Asia Pacific: +61 2 9947 9709 or via email.