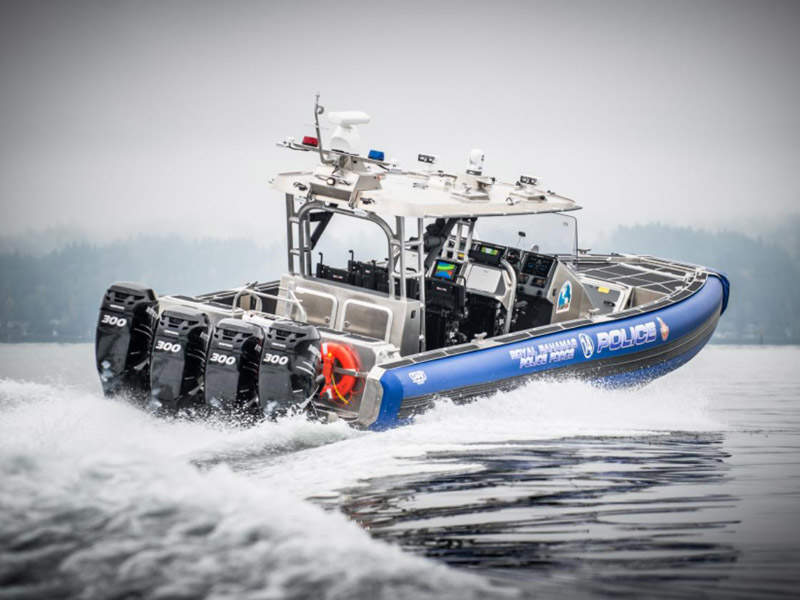 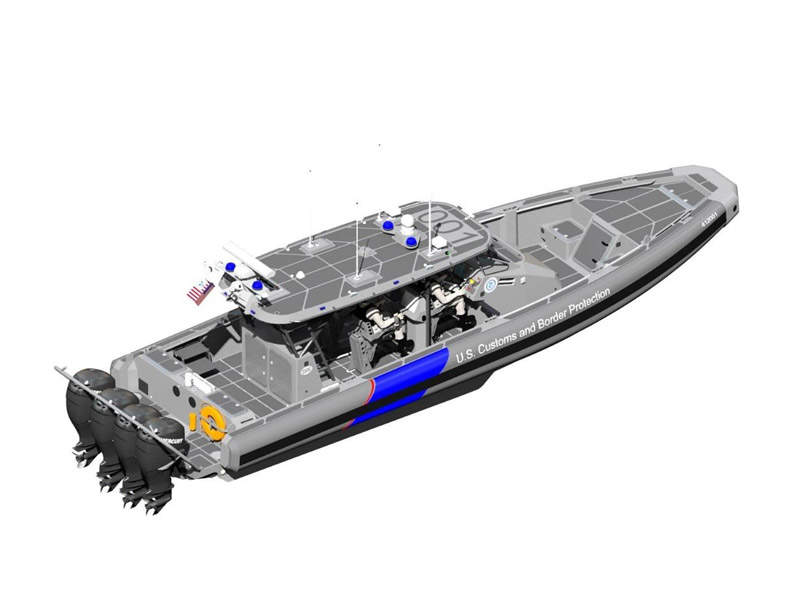 The US Customs and Border Protection signed a contract for a variant of 41ft Center Console-Offshore vessel in July 2015. Image courtesy of SAFE Boats International, LLC. 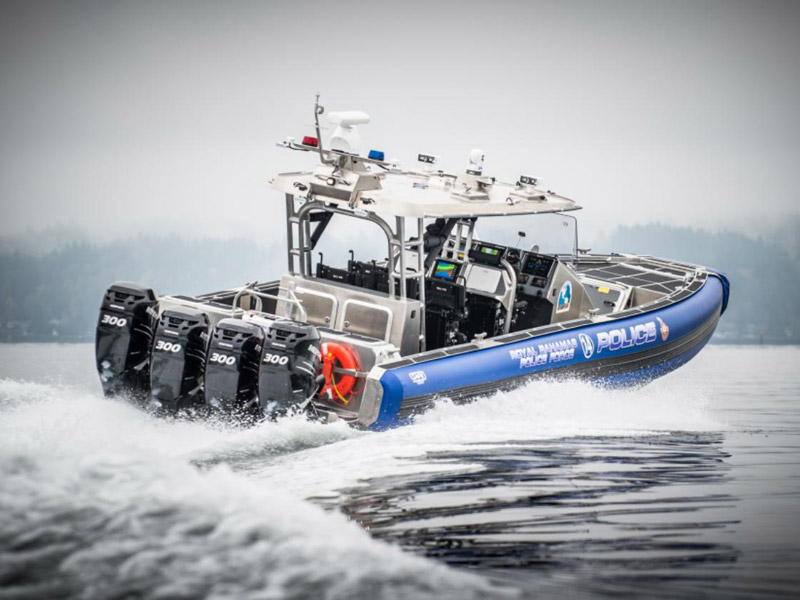 The vessel is suited for a variety of missions including counter-narcotics, search-and-rescue, human traffic interdiction, and boarding.

The boats were procured through a joint effort between the Royal Bahamian Police Force and the US Bureau of International Narcotics and Law Enforcement Affairs (INL), and are deployed in counter-narcotics and human traffic interdiction duties in the Bahamas waters.

The US Department of Homeland Security (DHS), Customs and Border Protection (CBP) awarded a $48m contract to SAFE Boats International in July 2015 to design and manufacture up to 52 units of 41ft Coastal Interceptor Vessel (CIV), a variant of the SAFE 41ft Center Console-Offshore vessel. The CIV is configured to meet specific mission needs of the DHS. First deliveries are expected to take place in 2016.

The interceptor boat has an overall length of 12.5m, overall beam of 3.7m and a draft of 0.66m. It can seat up to ten personnel in SHOXS shock mitigation seats and has the capacity to carry up to 43 members. The centre console design with aluminium T-top offers a 360° view of the horizon. The helm is placed on the port side of the vessel.

A FLIR M-Series thermal imaging camera, mounted on the T-top, provides surveillance in low light conditions. Three multi-function display screens are fixed at the operator workstations to display the navigation information to the operators.

"The vessel is suited for a variety of missions including counter-narcotics, search-and-rescue, human traffic interdiction, and boarding."

Four 300hp Mercury Verado Outboard engines, mounted side-by-side at the aft of the interceptor vessel, provide a speed of 50kt. The SAFE 41ft Center Console-Offshore interceptor has an operational load of 21,208lb, cargo capacity of 9,160lb, a trailer weight of 20,488lb and a deadrise of 22° at its transom.

The boat can carry 550gal of fuel and operate up to a range of over 400nm. It has the capability to operate under rough water conditions.