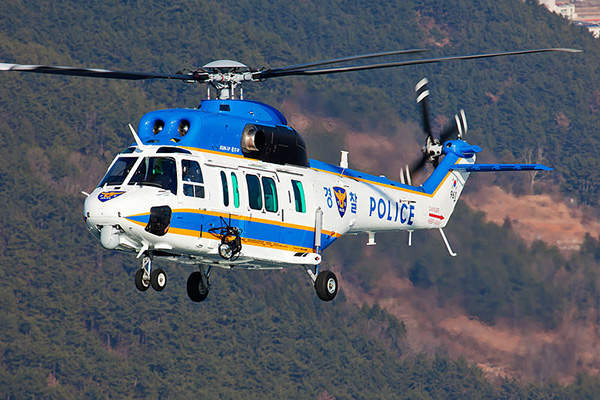 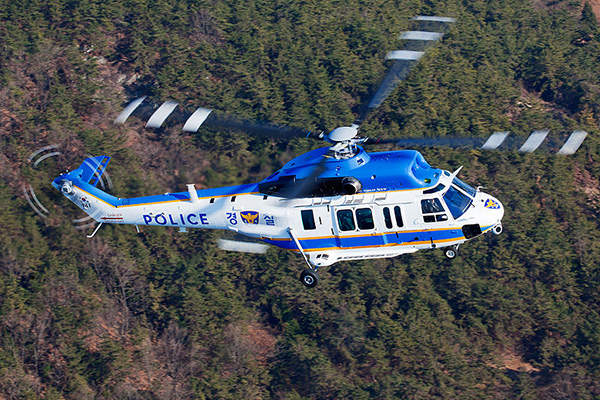 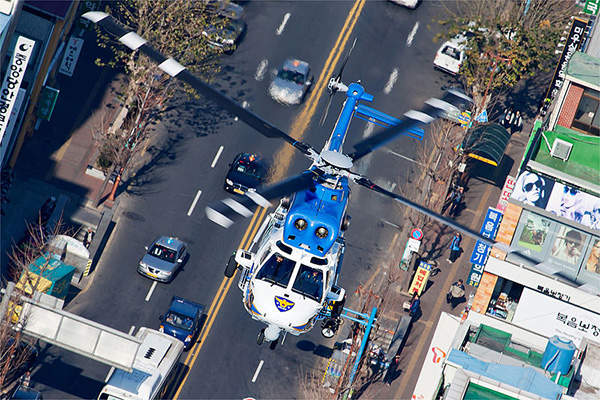 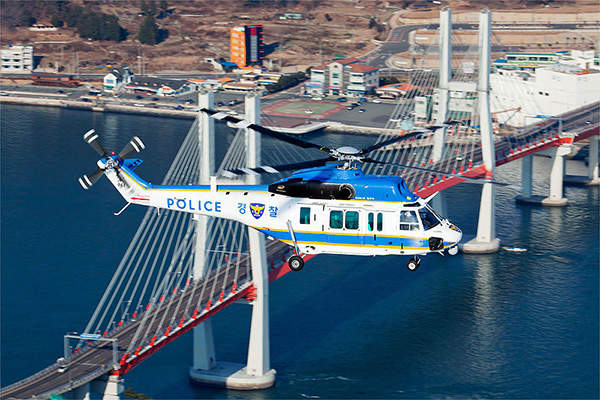 The Surion Police twin-engine police helicopter is designed and manufactured by Korea Aerospace Industries (KAI), for the Korean National Police Agency (KNPA). The helicopter can be deployed in airborne law enforcement operations and can be configured for a variety of missions including anti-submarine / anti-ship, medical evacuation, rescue and fire fighting, amphibious, forest observation, and cargo transport.

KAI signed a contract with the KNPA for the development and delivery of two Surion helicopters in police version in November 2011. The first helicopter was delivered to the Korean National Police in 2013 and the second helicopter was ordered in the same year. The Surion Police helicopter is expected to enter into service in 2014 and eventually replace KNPA’s MD 500 / Bell 206 police helicopters.

KAI received a contract to develop medical evacuation (MEDEVAC) version of the Surion helicopter in August 2014. The MEDEVAC variant is expected to perform maiden flight in 2016 and enter into service in 2018.

The police variant is derived from the Surion twin-engine light utility helicopter that was developed jointly by KAI and Eurocopter and entered into service in 2012. The police variant features crashworthy airframe incorporating integrated components. It has main gear box (MGB) run-dry capability and offers increased surveillance.

The R66 Turbine Police Helicopter is a law enforcement helicopter produced by Robinson Helicopter Company at its Torrance, California, facility.

The helicopter has an overall height of 4.5m, overall length of 19m and width of 2m, and weighs 4,817kg. The maximum take-off gross weight is 8,709kg and the fuel capacity is 1,095kg. Surion accommodates a pilot, a co-pilot and up to 11 personnel.

The Surion police helicopter is fitted with an electro-optical / infrared (EO/IR) camera and a video transfer device to capture high-resolution imagery and video.

The ST3453H HeliTAWS multihazard avoidance system, which incorporates TruAlert technology, is mounted on the cockpit panel to provide enhanced situational awareness of obstacles, wires and terrain. It also allows pilots to take off, cruise, hover and land the helicopter at off-airport locations. It provides the flight plan, 3D terrain, obstacles and traffic overlay data on a high-resolution colour display. It is also compatible with a night vision imaging system (NVIS).

The Cobham’s lightweight and compact audio / radio communications suite installed in the helicopter comprises of a RT-5000 transceiver and C-5000 radio controller package. It also contains ACP51/53 Digital Audio Control ystem (DACS) for distribution and control of aircraft audio to and from all transceivers, receivers, and aural warning sources.

"The propulsion system enables the helicopter to fly at a speed of 269km/h up to a cruising range of 260km."

The KAI Surion police helicopter is powered by two T700-701K turboshaft engines manufactured by General Electric. Each engine generates a maximum output power of 1,383kW and provides a maximum continuous power of 1,228kW. The engine has a length of 161.3cm and diameter of 39.6cm, and weighs 228kg.

The propulsion system enables the helicopter to fly at a speed of 269km/h up to a cruising range of 260km. The helicopter has a rate of climb of 2.53m/s, service ceiling of 3,000m and endurance of two hours.

Cobham Aerospace Communications was selected by KAI to supply a standard-fit communications package, integrated components and associated antennas for the Surion police helicopter in September 2012.

KAI awarded a long-term supply agreement to Sandel Avionics for the supply of Mil-Std-810G-qualified Sandel ST3453H HeliTAWS terrain awareness and warning systems for factory installation on the Surion helicopter. Deliveries of the same began in May 2013.