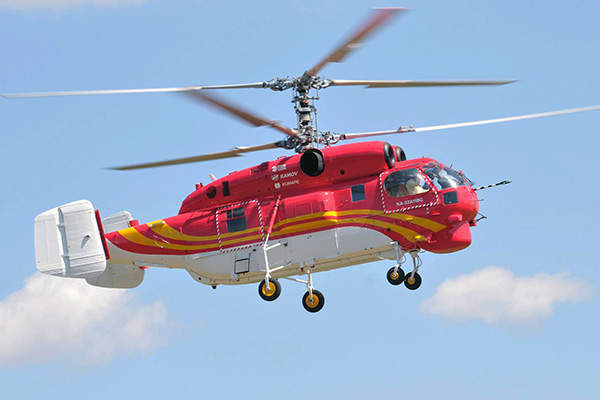 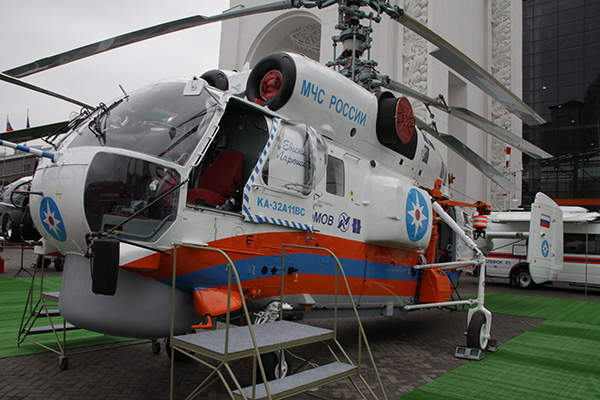 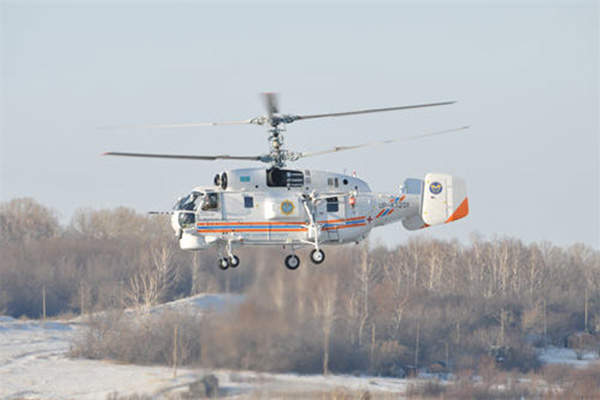 The Ka-32A11BC helicopter can fly at a maximum speed of 260km/h. Image: courtesy of Russian Нelicopters, JSC.

The Ka-32A11BC twin-engine, multi-role helicopter is designed by Kamov Design Bureau, a Russian Helicopters company, and is produced by Kumertau Aviation Production Enterprise.

The helicopter can be deployed to carry out special airborne search and rescue (SAR), patrol, medical evacuation (MEDEVAC), cargo transportation, logging, complex fire-fighting, and transportation of landing force. It can also be used to support police, special forces and other law enforcement units.

The Ka-32A11BC medium-sized helicopter is a multi-role version of the Kа-32А. The fire-fighting variant of the Ka-32A11BC helicopter was showcased during the Dubai Helishow 2014.

Mi-8AMT is a modernised version of the Mi-8/17 medium multi-role helicopter.

The Ka-32A11BC multi-role helicopter is fitted with three-bladed coaxial rotors.

The four-wheel-type landing gear facilitates safe take-off and landing on small vessels, drilling platforms, as well as on un-prepared areas.

Its compact design allows for installation of additional equipment that is required for specific tasks.

The helicopter can be operated by a single pilot and can carry out missions in urban and difficult-to-reach areas. It has a standard maximum take-off weight of 11,000kg, whereas the take-off weight with underslung load is 12,700kg. It can carry loads of up to 5,000kg on external sling.

A medical module can be installed in the MEDEVAC variant. This consists of modern intensive care equipment to provide in-flight resuscitation and life support for the sick and injured.

The fire-fighting version can be attached with both horizontal and vertical fire-fighting equipment, including Bambi-Bucket and Simplex systems, and water cannon.

The Ka-32A11BC helicopter is equipped with the latest avionics systems for enhanced operations in difficult weather conditions during both day and night. It can be fitted with advanced surveillance equipment, tracking and loudhailer communications.

Power for the Ka-32A11BC multi-role helicopter is provided by two TV3-117 VMA engines developed by Klimov JSC. Each engine generates a take-off power of 2,200hp and a contingency power of 2,400hp. The turboshaft engines are coupled to the VR-252 gearbox.

The helicopter features high-precision hover capacity and manoeuvrability. It can fly at a maximum speed of 260km/h, and can cruise at a speed of 200km/h for achieving a maximum range of 650km.

The cruise speed at maximum continuous engine power is 245km/h.

A total of 32,000 flight hours can be accumulated by the throughout its service life and can operate at a maximum altitude of 5,000m.

Orders and deliveries of the multi-role helicopter

Russian Helicopters and the Ministry of the Russian Federation for Civil Defense and the Emergency Management and Natural Disasters Response (EMERCOM of Russia) Aviation Department signed a contract for the development and delivery of five Ka-32A11BCs in November 2009.

The helicopters are intended for patrol, MEDEVAC and fire-fighting missions.

The EMERCOM of Russia took delivery of a Ka-32A11BC at the International Safety and Security Exhibition held in Moscow in May 2011, and the entire deliveries were concluded in June 2012.

In August 2011, the Emergency Situations Ministry (EMERCOM) of the Republic of Kazakhstan signed a contract with Russian Helicopters for two Ka-32A11BCs for use in MEDEVAC, rescue, fire-fighting and other emergency operations.

In 2012, Russian Helicopters concluded a contract with the Shanghai Public Security Directorate in China for production and delivery of a Ka-32A11BC. This is intended for fire-fighting and rescue missions. The helicopter was delivered in April 2014.

The Ka-32A11BC is also operational with the China’s State Oceanographic Directorate.

Minsk department of the Belarus Emergencies Ministry placed a contract for one Ka-32A11BC helicopter in fire-fighting configuration in October 2013.