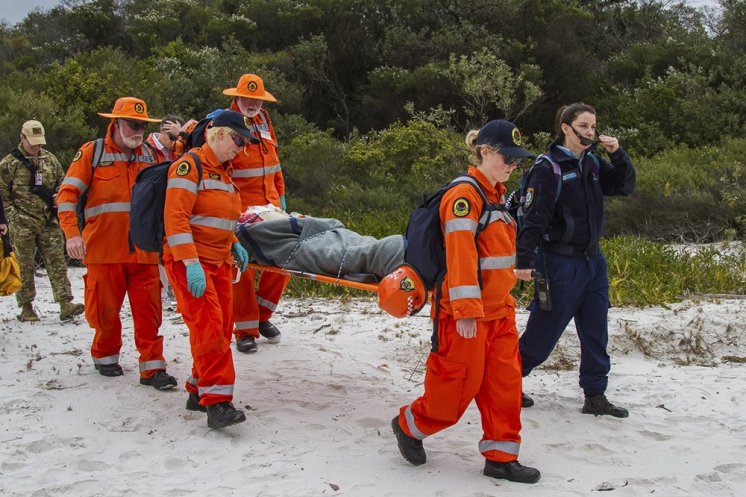 The training exercise included workshops and field exercise to develop strategies for a multi-agency coordinated emergency.

During the training exercise, nearly 80 emergency personnel were trained by the navy staff on leak stopping and repair in the dynamic simulator and basic fire fighting.

The combined emergency training camp enabled the emergency and support agencies within the Shoalhaven area to practice and develop their skills in a range of training sessions.

Police Superintendent, Shoalhaven local area commander Joe Cassar said: "Creswell provided all emergency service agencies with an excellent opportunity to test their own capabilities as well as work within a multi-agency response to a very realistic scenario."

The navy facilities were utilised as a major component of the training exercise that involved creation of mock scenarios.

Additionally, the navy staff were assisted and supplemented by officers from the Army Parachute Training School at HMAS Albatross.