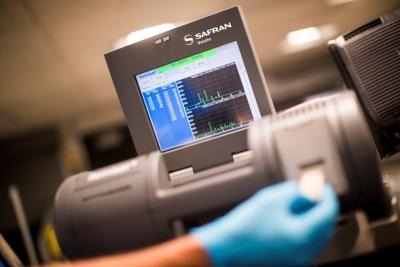 The US Department of Homeland Security (DHS) Science and Technology Directorate (S&T) has awarded a research and development (R&D) contract worth $1m to Morpho, to develop the advanced Itemiser DX air cargo explosives trace detector (ETD).

Under terms of the contract, Morpho Detection will develop and build air cargo upgrade Itemiser DX retrofit kit for the aviation security market.

The solution is expected to enhance detection capabilities for new explosives threats while increasing the threat library capacity.

The light and portable desktop system detects traces of explosives on skin, clothing, carried items, bags, vehicles and other surfaces.

The technology will use ion trap mobility spectroscopy technology to detect explosives and illegal imports during checkpoint, cargo and checked baggage screening.

In 2010, the US Transportation Security Administration contracted Morpho to supply of 1,200 explosives trace detection (ETD) systems for the country’s airports for roughly $35m.