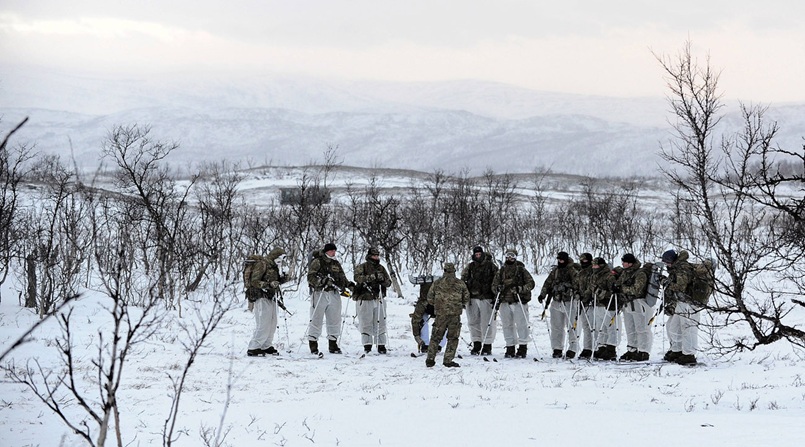 The UK Royal Marines have been training in the winter wasteland of Porsangamoen in northern Norway, as part of efforts to understand survivability on the cold weather warfare course.

Being executed as part of the arduous nine-month Royal Marines mountain leader course, personnel have already completed climbing instruction in Cornwall, and mountain movement in the Welsh and Scottish mountains prior to the latest role-specific Arctic training in Norway.

“As well as overseeing and supervising working in the mountains and cliff assaults for follow-on commando troops they are the reconnaissance and information gathering experts for the brigade”.

The latest exercise is aimed at assessing new skills even as crossing the barren, mountainous region of Finnmark mainly on skis and snowshoes with full equipment covering distances of about 70 miles.

Ex-Mountain Leader chief instructor colour sergeant Bill Billingsley said: “Whilst the skills that are taught on the course have changed and adapted such as the introduction of urban climbing, the core elements of the Mountain Leader course remains the same.”

Further, officers of the Royal Netherlands Marine Corps will also be sent to the mountain leader course to train along with the Royal Marines enabling joint working and standards.