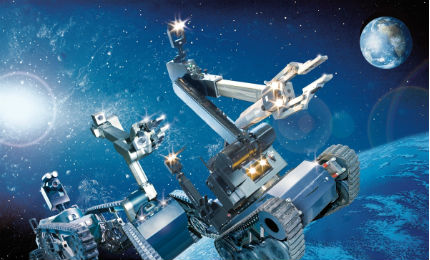 For more than 30 years telerob, trading as Cobham Unmanned Systems, has been a leader in integrated homeland security solutions and unmanned platforms.

When it comes to disarming explosive devices, distance means safety, which is why bomb disposal officers increasingly prefer EOD robots. Unmanned robotic systems have been developed to allow inspection and deal with hazards from a safe distance.

Based on our extensive background and experience, we produce highly advanced solutions in the form of semiautonomous and remote-controlled robots that can take samples of suspected biological or chemical warfare agents; vehicles equipped with state-of-the-art robots for the detection and disarmament of improvised explosive and incendiary devices (IEDs); and integrated mobile systems for combating the full spectrum of asymmetric threats. Whatever the task at hand, however, Cobham’s top priority is always the protection of people and their surroundings.

The telemax robot is the most versatile EOD / Hazmat robot currently available on the market. It packs up small enough to fit in the back of a small SUV but can reach more 2.4m tall.

A four-gear running track has been installed for the first time in a robot of this size, which offers superior mobility to its contemporaries. It can handle gradients of 45° or 100% without difficulty, and overcome obstacles of up to half a metre in height and trenches measuring 60cm in width.

The telemax EOD robot is particularly well-suited for situations in confined spaces, such as public transport or aircraft, as its four individually articulating tracks can be moved individually, in pairs, or altogether. Additionally, an intelligent controller sets running gear configurations to cope with the relevant situation at the press of a button.

These features make it easier for the operator to control the vehicle, especially in tricky situations such as narrow stairways and high steps. Inclination sensors ensure that the robot always maintains its balance. It is constructed in normal and high-speed versions of 4km/h and 10km/h, respectively.

The telemax is the only EOD robot in the world that has a Tool Center Point (TCP) controller, which is a gripper or disruptor manipulator control that makes the telemax the best robot for operation. The telemax’s operation is further enhanced with its two tool magazines incorporated in the chassis, which means it can be used on an operation without needing to go back to the starting point. The manipulator automatically takes out the additional tools at the simple press of a button.

The NBCmax service robot is a universal mobile sensor platform that can be equipped with a broad palette of sensors to detect and investigate chemical, biological, explosive or toxic substances (CBRNE).

The NBCmax has been developed to allow the response forces to inspect, and if applicable handle hazards from a safe distance. The data collected, ranging from gas concentration and gamma radiation through to evidence of explosives, is transmitted back to the control panel of the robot to be processed by the operator.

tEODor is an explosive ordnance disposal (EOD) and observation robot that provides a maximum degree of safety and protection with the ideal balance of robustness and flexibility. The basic model is designed as a twin-track vehicle with extremely good manoeuvrability and properties on open ground; the running gear, equipped with sprung rollers, can climb at angles of up to 45°. The individual links of the robust steel track can be easily replaced if they become worn or damaged.

The high-torque drive units work with continuous four-quadrant control that allows the vehicle and the manipulator to be operated with extreme delicacy. When the vehicle stops on slopes or gradients the safety brakes operate automatically to hold the vehicle in place.

The TEL600 series is a family of vehicles that handle the demanding tasks associated with the location, identification and removal of explosive and incendiary devices, especially when there is suspicion of a dirty bomb.

The XL and XXL systems, based on medium-sized and heavy trucks, represent the highest standard in bomb disposal vehicles, providing security personnel with the optimum amount of equipment to cover every eventuality. Kit ranges from a simple hook-and-line set to various EOD robots and unmanned reconnaissance platforms, all the way up to an NBC robot with a fully automatic system to take samples and investigate hazardous biological materials. Systems are made-to-order, based on individual customer specifications. 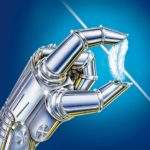 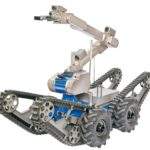 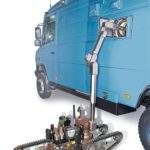 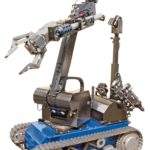 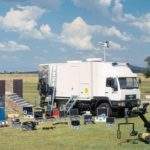 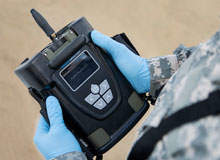 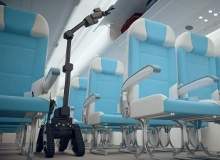