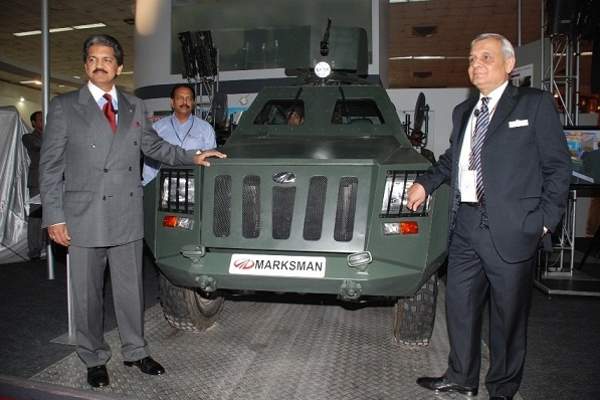 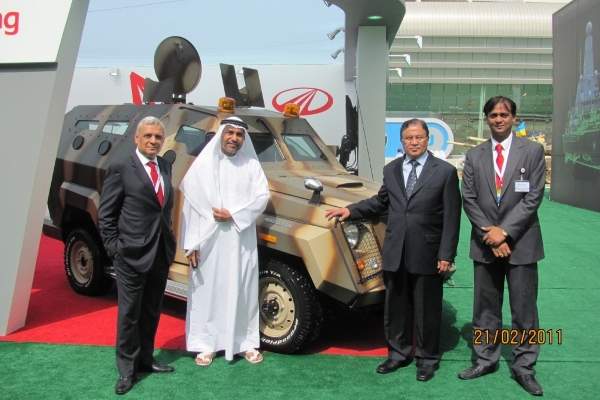 The top level management of Mahindra Emirates Vehicle Armouring (MEVA) pose with the Mahindra Marksman built at the facility in Ras Al Khaimah. 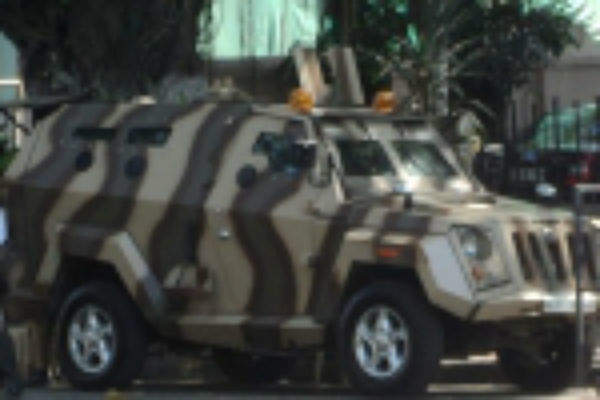 A Mahindra Marksman armoured vehicle of the Mumbai Police. Image courtesy of LOGANATHAN.R. 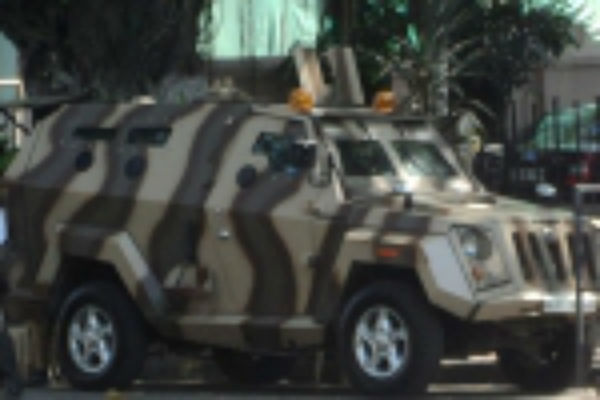 The Mahindra Marksman is the first Indian light armoured vehicle integrating a completely armoured hull. The vehicle is manufactured by Mahindra Defence Systems (MDS), which is a part of Mahindra & Mahindra.

The Marksman will provide safe transportation for the armed forces, paramilitary and police forces, protecting them against small arms fire and under belly grenade attacks.

It can be deployed by special forces and quick reaction teams in counter-terrorist operations, including patrolling in high intensity areas, convoy protection and escort missions. The conventional roles of the vehicle include armed reconnaissance and convoy protection.

The armoured hull of Mahindra Marksman is based on a 4×4 chassis. The conventional layout of the vehicle includes engine in the front, crew cab in the centre, and troop section at the rear. The crew cab accommodates two passengers including a driver and a co-driver, while the troop compartment provides seating for four passengers.

"It can be deployed by special forces and quick reaction teams in counter-terrorist operations, including patrolling in high intensity areas, convoy protection and escort missions."

Crew can enter and exit the cabin through the doors located on either side of the vehicle, while the troop section can be accessed through a rear door.

Mahindra Marksman has a length of 4.39m, width of 1.86m, and height of 2.03m. The armoured vehicle has an unloaded weight of 2,600kg and can carry a payload of 600kg. It can be integrated with customer specified stowage and fittings.

Observation and fire control of the Marksman

The rear view camera and a TV screen fitted in the cab allow the driver and co-driver to gain the tactical view of the area behind the vehicle. The troops sitting in the rear section can observe the surroundings through wide bulletproof windows fitted on either side of the vehicle as well as on the rear door.

Above the rear compartment of the Marksman is a cupola housing a machine gun mount with 270º traverse. The gunner’s position is protected with armoured plates.

The bottom is equipped with enough protection to withstand the simultaneous explosion of two DM 51s (German norm-splinter) under the centre of the vehicle. Overlapping is provided for all joints and weldings. The rear stowage boxes on the rear door protect the troops against attacks from rear-side.

The four-wheel drive vehicle is equipped with power steering. The front and rear suspensions are of independent and rigid leaf spring respectively, along with the shock absorber. The suspension system ensures the vehicle can operate on any kind of terrain with ease. The vehicle also integrates standard alloy wheels and an optional run-flat tire system.

The Marksman can drive at a maximum speed of 120km/h. It has a ground clearance of 240mm. The turning radius of the vehicle is 5.8m.