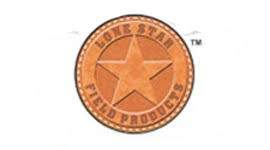 We manufacture the only man-portable, no tools required, UNIVERSAL, traverse and elevation (T&E) weapon systems platform that guarantees sub-minute of angle (MOA) results from all standing, kneeling and sitting positions on demand.

Originally designed to provide a more stable shooting platform in comparison with lightweight camera tripods for precision engagements in the extreme-distance hunting community, the specific-resistance (SPEC-REST) has been used in military / law enforcement markets worldwide.

Unlike camera tripods, the SPEC-REST has the ability to support the full weight of the weapon while tracking a target, and can support the weight of large-calibre hard-target weapons. It can also provide micro-elevation adjustment and mitigate vibration during any adjustment. The SPEC-REST transforms any long gun into a precision-mounted weapon system.

The SPEC-REST is divided into two key components; the head and the mount. The head utilises a mechanical arm with two hand-formable receiver yokes made from a heavy durometer rubber-lined material to ensure a secure fit on all weapon chassis while providing a lifetime of forming and reforming. The yokes mount in front of and behind the weapons receiver, allowing full support of the system’s weight. The mount utilises a robust tripod, QUAD POD or clamp depending upon the requirements and environment. Only a general tripod, QUAD POD, or clamp levelling is required because exact levelling can be accomplished within the hand formable yokes. Fixing the weapon to the yokes does not require any pins, latches, clamps or buckles, so the weapon can be removed on demand, making the SPEC-REST an essential piece of gear for covert-to-overt operations.

The precision T&E mechanism allows a full range of motion and precision tracking while simultaneously allowing the transition to micro-elevation adjustment. The T&E mechanism utilises patented live screw / variable drag technology (LS / VDT), which allows the shooter to adjust the amount of felt resistance to friction (variable drag) when tracking targets, while having the ability to simultaneously make micro-elevation adjustments (live screw).

Adjusting the amount of felt resistance allows consistent tracking between weapon systems regardless of weight and balance. Simultaneous micro-elevation adjustments are accomplished by rotating a large knurled knob fastened to the live screw. The screw is called ‘live’ because the knob can be rotated to make micro-elevation adjustments at any moment during tracking operations, which allows the simultaneous transition between the two actions.

The location of the live screw attenuates vibration during micro-elevation adjustment, so rotating the knurled knob produces a less than one-to-one elevation adjustment. This prevents the shooter from witnessing the vibration associated with class fit of this thread in the vertical axis.

Compared to a standard camera tripod, the SPEC-REST guarantees sub-MOA groups from any weapon system and has been implemented in a wide array of operations, both nationally and internationally.

With the ability to support the full weight of the weapon system, the SPEC-REST eliminates shooter fatigue during long-term engagements.

Barricaded suspects and hostage rescue situations can span hours or even days. For a sniper team to stay on target for this amount of time while physically supporting the weapon, fatigue will ultimately set in. The SPEC-REST provides the ability for the shooter to track the target while fully neutralising the weapons weight and allows the shooter to come off of the weapon system while the weapon continues to stay on target. This feature renders SPEC-REST as a force multiplier.

With terrorist-utilising vehicles to cause mass casualties, sniper teams with hard target engagement capabilities has become a precedent. The SPEC-REST provides the ability to employ on-demand, large-calibre hard target weapon systems within an environment of high-pedestrian traffic and near-zero options for the prone positions.

Releasing a round from a large-calibre hard-target weapon system causes potential incredible shooter liability so the shooter needs to have complete control over weapon systems of this calibre. These situations require a universal robust weapon systems mount such as the SPEC-REST.

Lone Star Field Products is an extension of Milltech Manufacturing, our larger precision machining and sheet metal fabrication company. We are direct manufacturers for aircraft and related defence departments critical needs parts. We have been established for 38 years, operating to AS9100 aircraft standards and currently have 35 highly skilled employees within multi-axis machining and fabrication.

If we may assist you further with technical questions, please use the enquiry form to contact us. 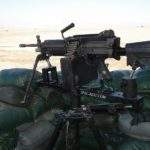 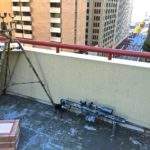 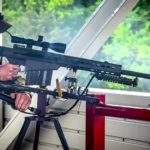 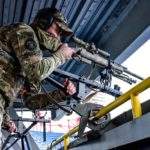 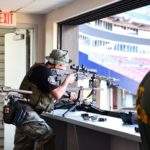 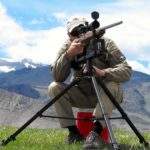 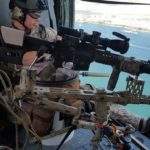 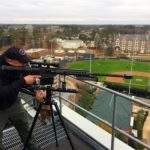