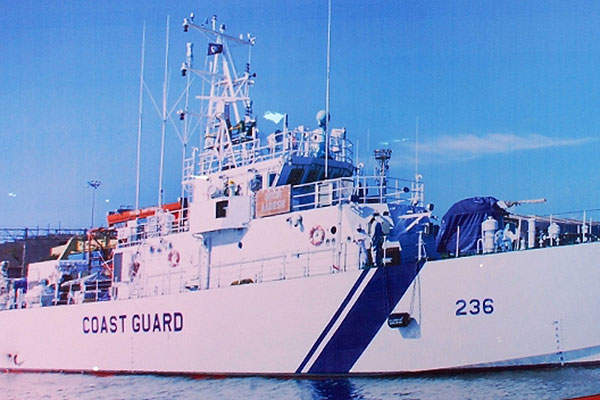 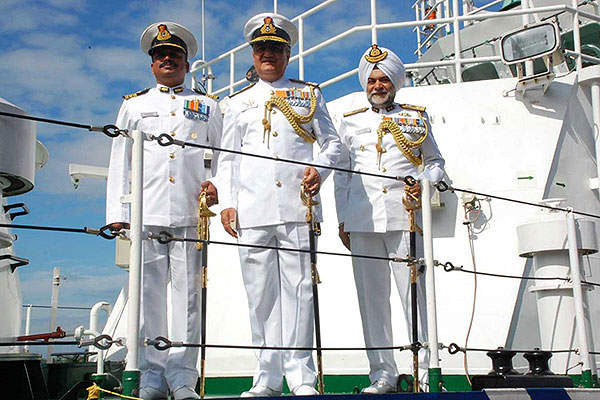 The officials from the Indian Navy and Coast Guard aboard the ICGS Aadesh FPV during its commissioning ceremony. 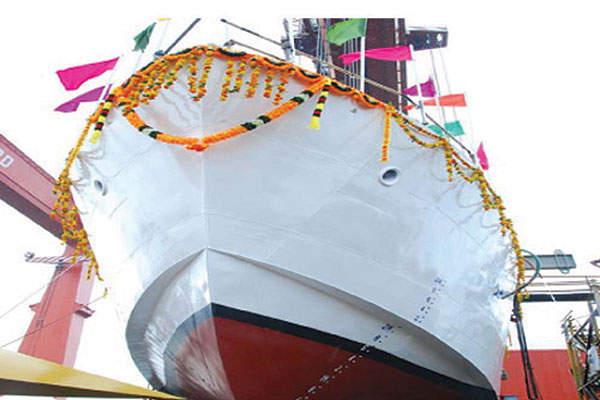 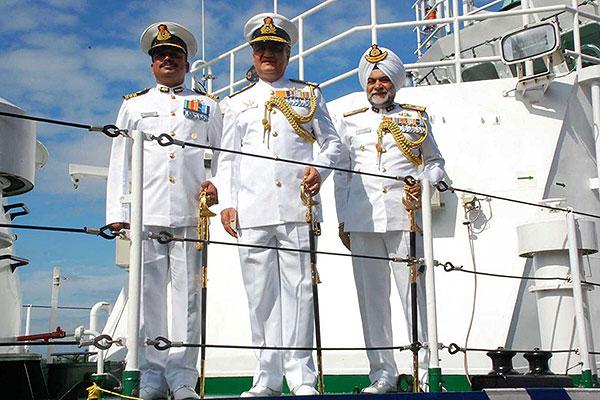 The 50m-long Fast Patrol Vessels (FPVs) are being built by Cochin Shipyard, for the Indian Coast Guard. The Coast Guard’s plan includes putting 20 FPVs into service between 2013 and 2017. The vessels will conduct operations in Indian coastal waters and adjacent island territories.

The vessels are deployed in missions such as anti-smuggling, anti-piracy, fisheries protection, search and rescue (SAR), exclusive economic zone (EEZ) surveillance, and coastal patrol. The FPVs can also be used as communication and escort platforms during hostile and wartime conditions.

"The FPVs can also be used as communication and escort platforms during hostile and wartime conditions."

The Indian Coast Guard placed an INR15bn ($338m) worth contract with Cochin Shipyard for the construction of 20 FPVs in October 2010. The first and second offshore patrol vessels (OPVs) in the series, ICGS Aadesh (236) and ICGS Abheek (237), were launched in January 2013 and March 2013 respectively. The Abheek was delivered in October 2013. The first two vessels were commissioned into the Indian Coast Guard in December 2013.

Design and features of the FPVs built by Cochin Shipyard

The superstructure of the mono-hull OPVs is made of marine grade aluminium for achieving weight reductions. Modern welding and fabrication methods were employed in the construction to produce a high quality product. The modern weaponry and sophisticated communication and navigational systems aboard the vessel enable multi-role coastal missions.

The vessels meet the dual classification requirements of American Bureau of Shipping (ABS) and Indian Register of Shipping (IRS). Each FPV has a length of 50m, beam of 7.6m and draft of 4.65m. The displacement of the vessel is 290t and typical crew capacity is 39.

Northrop Grumman, through its Indian reseller Marine Electricals, received a contract in November 2012 to deliver modern shipboard navigation systems for the 20 fast patrol vessels being built at Cochin Shipyard.

The main weapon fitted on the forward bow deck of the FPV is a gyro-stabilised 30mm naval gun system. The integrated gun mount aboard the vessel is supported by an indigenously built fire control system (FCS).

Propulsion for the 50m FPVs

Rolls-Royce received a contract from Cochin Shipyard in September 2011 to deliver 60 water jets and associated equipment for the 20 OPVs.

The OPVs have an endurance of 1,500nmi at economical speed of 13kt, while the maximum speed is 33kt.