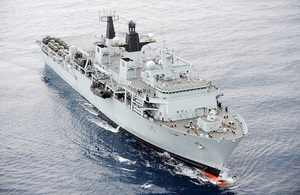 The UK Prime Minister David Cameron has confirmed military contribution to the Mediterranean, in a bid to support search and rescue mission in the region.

The decision has been taken by the UK, as a result of the death of around 800 migrants after a boat sank while crossing from Libya.

At a meeting of EU leaders in Brussels, Cameron said that Britain is prepared to send HMS Bulwark, three Merlin MK 2 Helicopters and two civilian border patrol boats to deploy in the Mediterranea in light of recent tragedies.

Cameron noted that it is right for the country and the Royal Navy to move forward to play a role in the search and rescue operations that will help to save lives.

According to the PM, other EU countries have joined Britain to provide military assets to tackle the situation in the area.

Currently, HMS Bulwark is offering services at the Gallipoli Centenary events in Turkey and will leave from there on 26 April, after completion of her ceremonial duties.

The 19,000t amphibious ship will work in tandem with the surveillance helicopters to carry out day and night search and rescue operations, covering ranges in excess of 100 miles.

Image: The UK to deploy amphibious ship at the search and rescue mission operations in Mediterranean. Photo: courtesy of the UK Government.