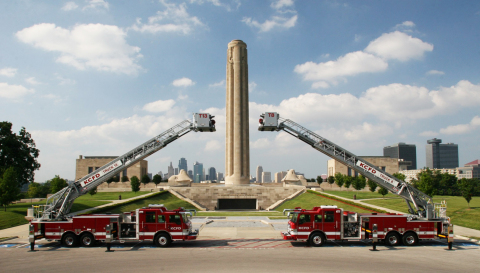 Pierce Manufacturing has received a contract to supply Pierce custom fire and emergency vehicles to the Kansas City Fire Department (KCFD) in Kansas City, Missouri, US.

Oshkosh executive vice-president and Pierce Manufacturing Fire & Emergency segment president Jim Johnson said: "Kansas City has been purchasing Pierce apparatus since 2008, and this order signifies an acceleration of their fleet becoming standardised around the Pierce brand."

Built on Pierce Impel custom chassis with a 201-inch wheelbase, each of the pumpers will feature a 450 HP engine, TAK-4 independent front suspension, Command Zone advanced electronics and control system, a raised roof cab, and a frontal and side roll protection system.

The four rescue pumpers are built on Pierce Impel custom chassis, and include same features as the pumpers and include seating for five firefighters. The vehicles also feature a 161-inch aluminum body, a 500-gallon water tank, and three crosslays.

Designed to respond to major emergencies across the region, the Hazmat vehicle is built on a Pierce Velocity chassis with a 20-inch raised roof cab, side roll and frontal impact protection, as well as TAK-4 independent front suspension and tandem rear axles.
Deliveries under the contract are scheduled to commence in spring 2016.