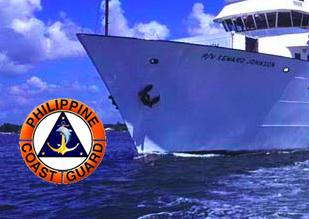 The project is being implemented as an Official Development Assistance (ODA) project through a tied loan extended by the Japan International Cooperation Agency (JICA).

DOTC secretary Jun Abaya said: "This project is part of government’s programme to equip our forces with necessary assets to protect the national marine interest.

"These ten new vessels will help the Coast Guard in its functions of maritime law enforcement, search-and-rescue operations, and upholding maritime security within Philippines seas."

The deal will involve the supply of standard spare parts and tools, crew training, ocean transportation, and marine insurance.
With a range of 1,500nm, the vessels will have a standard cruising speed of 16k.

As per the project terms, PCG will use MRRVs as primary rescue vessels within its areas of responsibility (AOR) when the extent of the disaster is beyond the capability of floating assets.

They will also be used to control oil pollution, protect marine environment and transport personnel, as well as in the logistical support.
In addition, MRRVs will be used within the designated AOR to restrict illegal fishing and sea patrol and serves as platform for rapid response during relief operations in the area.

The MRRVs will provide services in various PCG Districts across the country, including Manila, La Union, and Puerto Prinsesa.