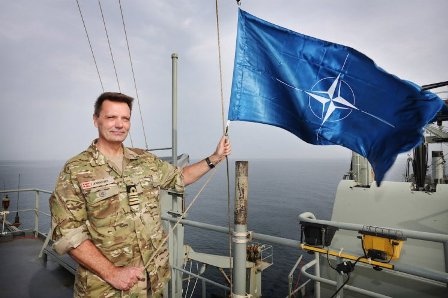 Operation Ocean Shield is a Nato-led counter piracy mission designed to provide naval escort and prevent piracy in the Gulf of Aden and off the Horn of Africa, allowing to increase general security in the region.

HMAS Success commanding officer captain Justin Jones said the operation was a tangible and meaningful contribution to maritime security for the crew.

"Under the Nato flag, Success focused on counter-piracy, conducting operations such as surveillance, collecting ‘patterns of life’ information and using its Seahawk helicopter in surface searches and replenishment at sea evolutions."

Standing Nato Maritime Group One chief of staff commander Jens Bjornsteen said: "This operation is important to all nations that have merchant ships in the area as it protects their interests against piracy."

HMAS Success was on deployment in the Middle East region under Operation MANITOU, the Australian Defence Force’s contribution to maritime security, counter-piracy and counter terrorism in Middle Eastern waters since December 2014.