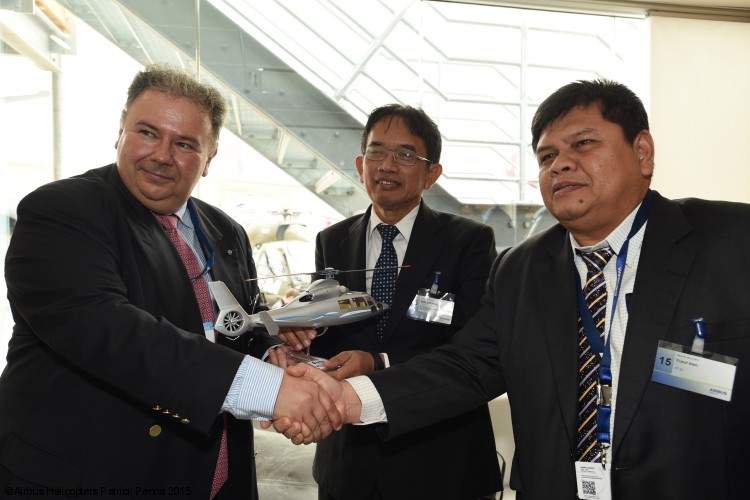 Under the contract, the company will supply two, twin-engine rotorcraft to PTDI within one year, to help augment Indonesia’s search and rescue (SAR) capabilities

The helicopters are scheduled to be reassembled, tested, qualified, completed and customised by PTDI with mission equipment including hoists, flotation systems, direction finder, an electronic optical system, as well as casualty evacuation devices.

PTDI president director Budi Santoso said: "We are very familiar with the Dauphin platform and are confident that with the installation of dedicated SAR equipment, we will offer the right solution to the Indonesian Government for its SAR demands."

Airbus Helicopters South East Asia & Pacific Sales and Customer Relations vice-president Fabrice Rochereau said: "PTDI knows the needs of Indonesia and has been instrumental in securing the right assets and equipment for the country’s defence. This acquisition is another good example."

Indonesia currently operates a fleet of five Dauphin helicopters, for the Police and Basarnas for law enforcement and SAR missions respectively.

Apart from Dauphins, PTDI is also set to supply 11 Panther helicopters to the Indonesian Navy within the next three years. The helicopters, which are a military version from the same family, were ordered by the navy for submarine warfare in 2014.

Airbus and PTDI have manufactured and supplied more than 130 helicopters over the last 40 years.