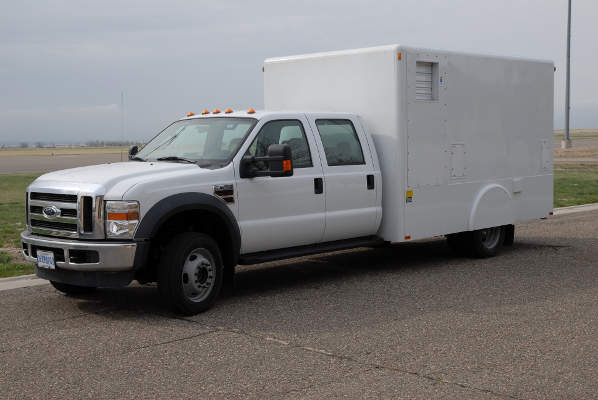 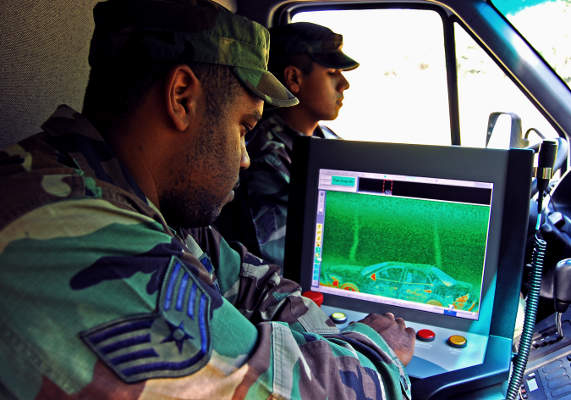 Members of the 820th Security Forces Group use a Z Backscatter Van to scan a suspect vehicle during a training exercise at Moody Air Force Base. Image courtesy of US Air Force photo / Tech. Sgt. Parker Gyokeres. 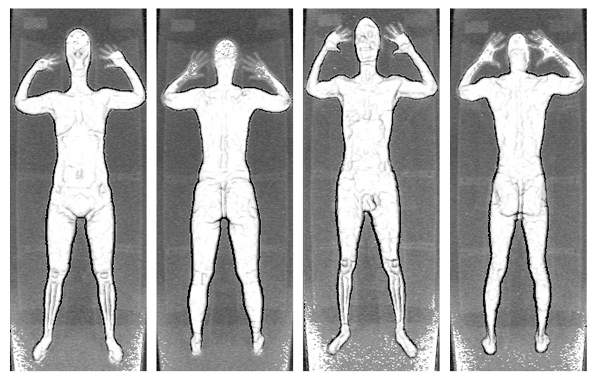 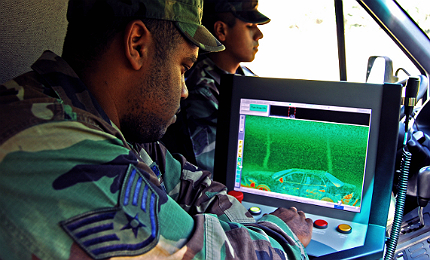 Z Backscatter Van (ZBV) is a mobile X-ray cargo and vehicle screening system produced by American Science and Engineering (AS&E). The ZBV uses backscatter technology to provide photo-like images of the concealed objects, such as explosives, drugs, currency and trade-fraud items. The system can rapidly reach places as it is installed in a commercially-available delivery van.

The ZBV system has been delivered to US Customs and Border Protection, Abu Dhabi Customs, Nato Communications and Information Agency, Bulgaria Customs, Dutch Customs Administration, the Kingdom of Saudi Arabia, the Port of Venice, Tunisian Customs and the Democratic Republic of Congo.

In January 2012, AS&E received an order from a law enforcement agency in South America for the supply of five ZBV systems.

AS&E was awarded a follow-on order by a customs agency in the Asia Pacific region for two ZBV systems in October 2012.

ZBV C-Class is the standard ZBV system based on the Mercedes-Benz Sprinter cab chassis. The ZBV R-Class is mounted on the Ford F550 chassis offering high ground clearance and a crew cab with additional space. The vehicle features four wheel drive system for rugged terrain. ZBV S-Class is the newest model of the ZBV line. It is installed in a standard Mercedes-Benz Sprinter panel van for a coeval appearance. The reduced operational footprint of the system allows the scanning of objects in the tightest circumscribes.

The patented Z® backscatter technology of AS&E integrates 225keV X-ray tube emitting a spectrum of X-rays for identifying a range of threat objects. The system uses X-rays with lower radiation dose to ensure the safety of users, cargo and the surroundings.

"In January 2012, AS&E received an order from a law enforcement agency in South America for the supply of five ZBV systems."

The ZBV can visualise 4.5kg of organic material, which is placed just behind 6mm of steel when scanned from a distance of 1.5m at a scan speed of 0.5km/h. The maximum scan speed of the system is 10km/h. The optional Radioactive Threat Detection (RTD) feature can detect both gamma rays and neutrons. The ZBV is ideal for screening vehicles, sea containers and different types of cargo for identifying trade fraud, smuggled goods, car or truck bombs and illegal stowaways.

The operator controls are mounted on a console in the middle of the ZBV cab. The system can be operated by one or two personnel. It integrates a 14.1 inch LCD high-intensity monitor, ASEInspection software and image analysis tools. The ASEInspection provides a suite of tools to edit, save and retrieve the images. The applications are run through Windows XP operating system.

The ZBV can also be operated in remote mode to scan the vehicles passing through the parked ZBV. The ZBV is optionally provided with forwardscatter technology, a remotely operated console, digital hand-held multichannel spectrometer, personnel scanning mode, colour printer, power generator and spotlights.

Vehicle used for the ZBV

The ZBV system is integrated into a standard Daimler-Chrysler Sprinter 515 CDI 4×2 vehicle. The vehicle is powered by a four-cylinder diesel engine coupled to a five-speed automatic transmission. The vehicle is optionally fitted with hot / cold weather packages to ensure the operation of the ZBV at temperatures ranging from -29ºC to 50ºC.