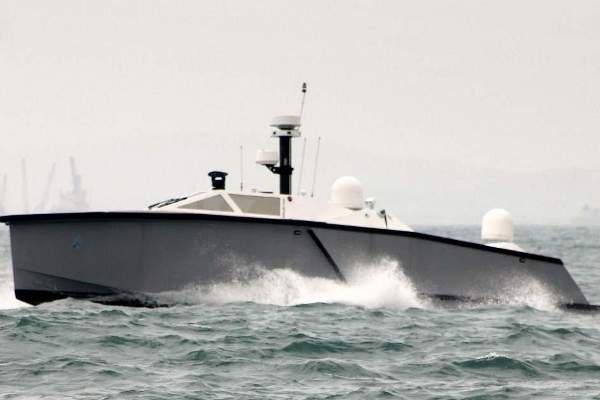 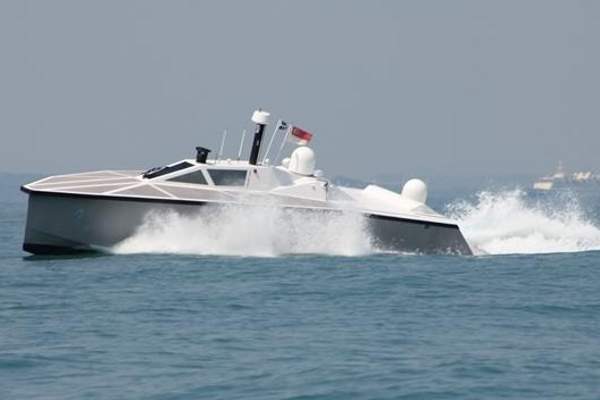 The Vigilant Class IUSV can carry 7,000kf of payload. 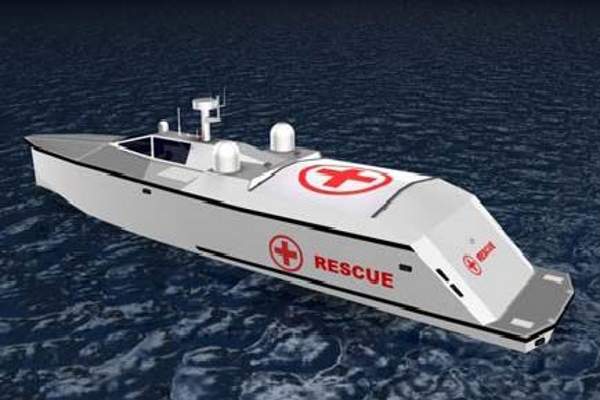 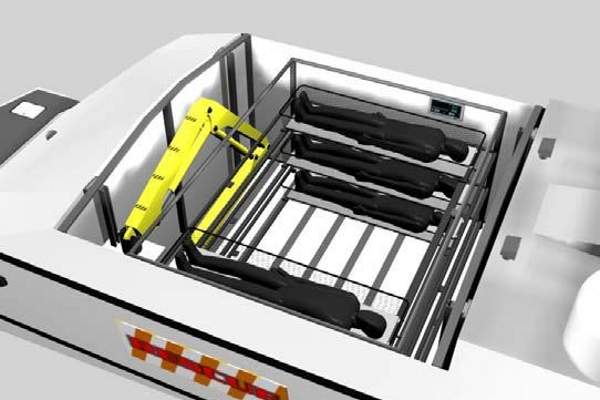 A graphical image of litter rack aboard the Vigilant ISUV SAR version. 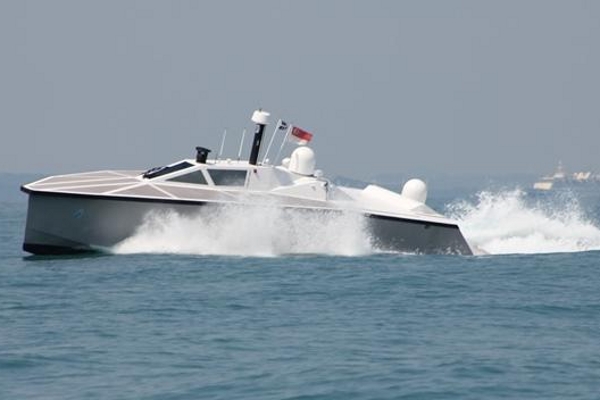 The Vigilant Class Independent Unmanned Surface Vessel (IUSV) is produced by Zycraft, a company based in Singapore. The vessel is intended for maritime patrol and surveillance operations conducted by homeland security and naval forces.

The Phase 1 development of the Vigilant Class IUSV was completed in September 2013. LongRunner, the lead boat in the Vigilant Class, underwent 24-month testing phase during which the vessel sailed for approximately 3,700km.

The IUSV integrates a lighter hull made of composite material enhanced by advanced nanotechnology. The hull is lightweight, enabling the vessel to run at higher speeds with less engine thrust. The weight reductions further enable more payload capacity including carriage of fuel for extended range and missions.

The 50m-long Fast Patrol Vessels (FPVs) are being built by Cochin Shipyard, for the Indian Coast Guard.

The Vigilant IUSV is the world’s first unmanned surface craft to integrate Seakeeper active gyro stabilisation system. The system avoids roll at zero and low speeds, and ensures missions even in harsh weather and high sea states. The IUSVs, controlled from base station or a mother ship, can conduct missions independently.

The Vigilant IUSV has a length of 16.5m and width of 3.6m. The full load displacement of the boat is 13,000kg. The vessel can transport up to 7,000kg of payload including cargo and fuel when unmanned.

Command and control system of the IUSV

The Vigilant IUSV is commanded and controlled from anyplace in the world using satellite communications systems, whereas the route planning of the craft is prepared at the base station. The IUSV can also be optionally integrated with a manned pilot station.

The sensors aboard the IUSV provide the remote operators with situational awareness of the boat’s surroundings. The vessel controls the onboard systems using supervisory control and data acquisition (SCADA) system.

Mission payloads of the IUSV

The large 18m³ modular payload space on the Vigilant IUSV allows for the integration of a variety of mission specific payloads according to the requirements of users. The boat can house up to 3,000kg of payload in its payload bay. The payload frame available in the vessel eases payload exchangeability and rapid loading.

The enclosed payload space protects the payloads from harsh environments. The IUSV offers standard payload modules for missions such as above- and underwater surveillance, SAR, port security, maritime logistics and anti-submarine warfare (ASW). Customers can configure each payload according to the mission requirements.

"The sensors aboard the IUSV provide the remote operators with situational awareness of the boat’s surroundings."

The SAR version of the IUSV is equipped with a robotic arm, a special litter rack, radar, an electro-optical system and transponder locators. The ASW version integrates a towed active passive sonar array for detecting submarines. The harbour defence version features retractable sonars, sensors, radar and EO systems to detect underwater threats. The information obtained by the sensors is transmitted to the base command through satellite communications.

Two Yanmar diesel engines, each with a maximum power output of 480hp, power the Vigilant IUSV. The propulsion system ensures a cruise speed of 12kt and maximum speed of over 30kt. The unmanned craft can reach a distance of 1,500nm at cruise speed while carrying standard package. It has an endurance of more than 30 days.