The SKYe SH09 is a new light helicopter from Marenco Swisshelicopter. Image: courtesy of Vitaly Kuzmin. 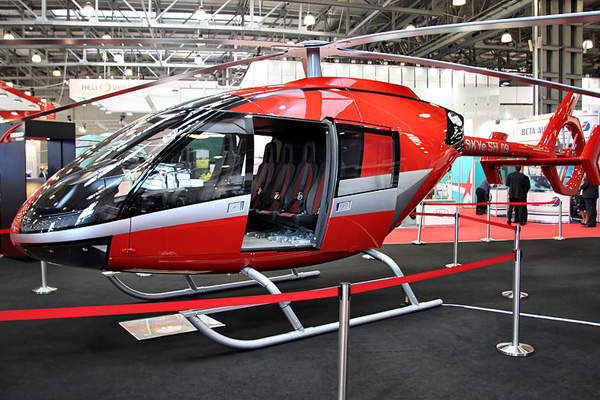 The SKYe SH09 helicopter was unveiled at the Heli Expo 2011. Image: courtesy of Vitaly Kuzmin. 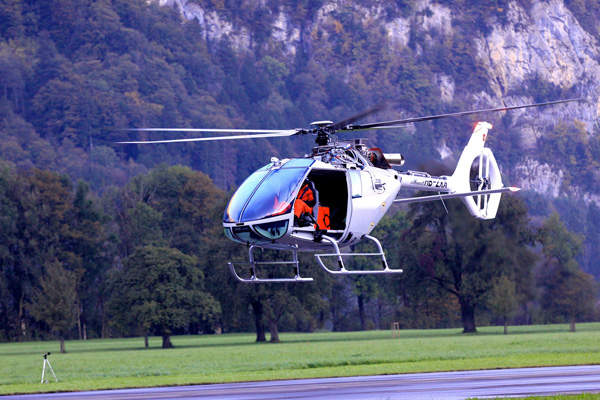 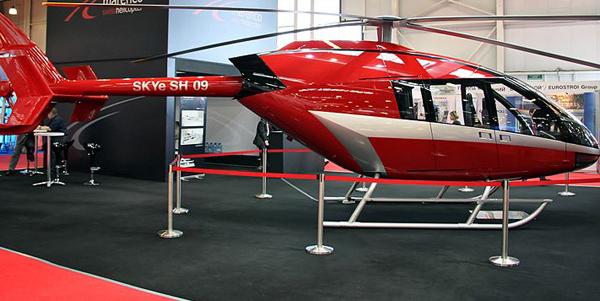 SKYe SH09 is a new-generation, single-engine, multi-role helicopter designed and developed by Marenco Swisshelicopter. It was unveiled during the Heli Expo 2011 held in Florida, US.

The prototype of the SKYe SH09 helicopter was rolled out in November 2013 and it performed its maiden flight on 2 October 2014. Production of the helicopter is scheduled to begin in the fourth quarter of 2015.

Orders and deliveries of SKYe SH09

Marenco Swisshelicopter received a contract for three helicopters at the Heli Expo 2014, with the company signing letters of intent for a total of 59 SKYe SH09 helicopters by March 2014.

The airframe of the light SKYe SH09 helicopter is constructed using composite materials and high crash-resistance technology. It offers extremely low- noise signature and requires low operating costs. The helicopter is capable of performing missions in all-weather conditions during day and night.

The standard empty weight is approximately 1,300kg, augmented sling load capacity is 1,500kg and the maximum takeoff weight is 2,650kg.

The single-volume cabin has high ceiling and flat floor. It is fitted with seven individual crashworthy seats with multiple seating arrangements to provide greater comfort and safety for the occupants.

Its cabin’s front section is attached with sliding doors on both sides and large windows for vertical reference and greater visibility. It is fitted with large clamshell doors at the rear to facilitate increased accessibility.

The light multi-purpose helicopter is powered by Honeywell’s electronically controlled HTS-900-2 single turboshaft engine, which generates a takeoff power of 998shp and a maximum continuous power of 891shp.

The SKYe SH09 helicopter can fly at a cruise speed of 270km/h. It can achieve a range of over 800km with standard fuel tanks, and can operate in hot and high conditions.