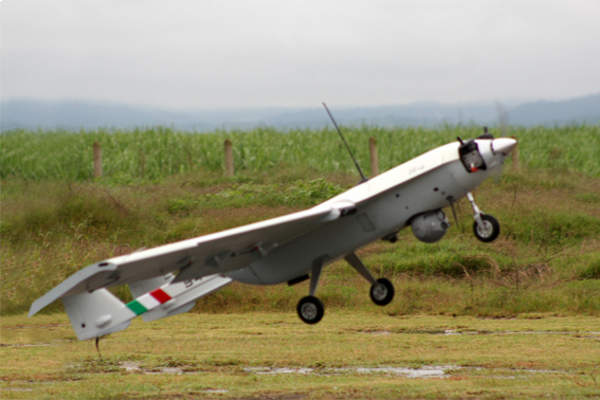 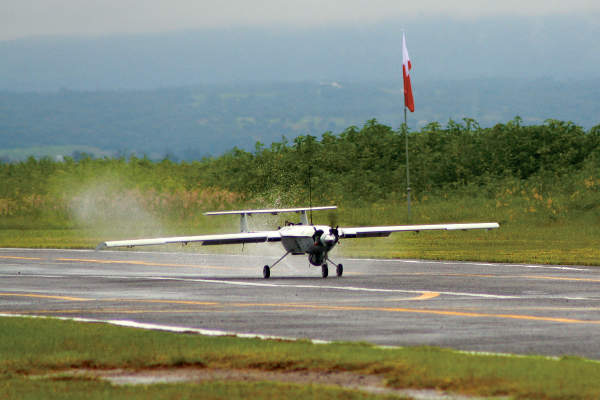 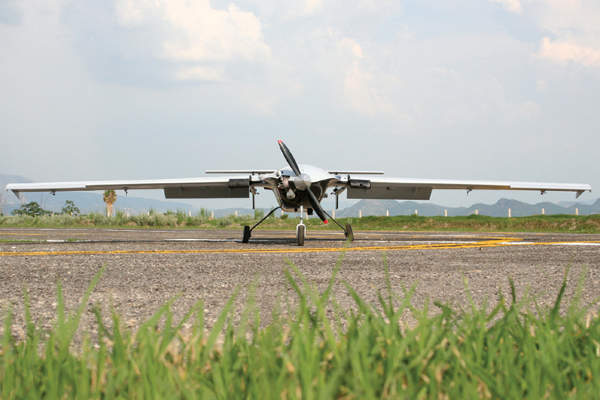 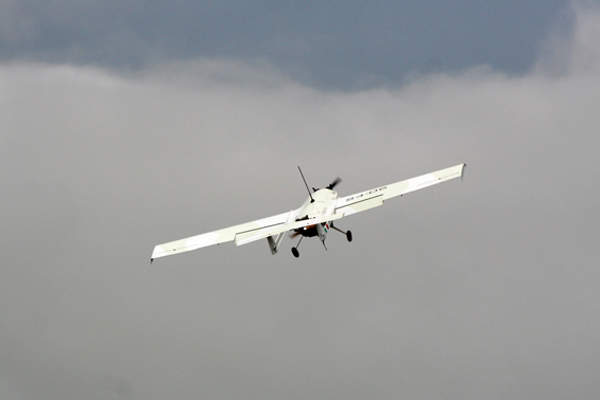 The S4 Ehécatl can fly at a maximum altitude of 15,000ft. Image courtesy of Hydra Technologies of Mexico S.A. de C.V. 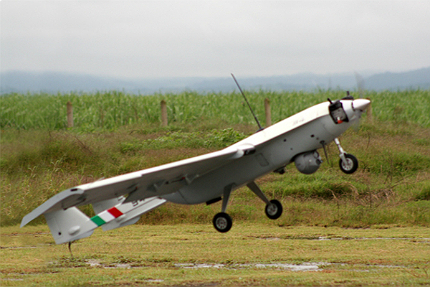 S4 Ehécatl is an unmanned aerial vehicle (UAV) manufactured by Hydra Technologies, a company based in Mexico. The S4 Ehécatl UAV serves as a surveillance platform for military, law enforcement and police agencies. It is named after the Aztec God of the Wind. General Dynamics markets the UAV in the US.

The S4 Ehécatl is designed to conduct surveillance and reconnaissance. The primary missions of the the UAV include reconnaissance and intelligence gathering, aerial support in urban operations, long and short-range covert aerial surveillance, supervision of high risk urban areas, finding activity in large rural communities and remote areas, surveillance of highways and borders and providing strategic support in hijacking situations.

Mexican operators of the S4 Ehécatl UAV include the Federal Preventive Police (PFP), which works under the Mexican Secretariat of Public Security, and the Government of the State of Jalisco.

The PFP deploys the S4 Ehécatl for conducting security missions, while the Government of Jalisco uses the vehicle for civil protection, monitoring of public works, forest fires and illegal discharges of pollutants into rivers and water bodies.

The S4 Ehécatl UAV has also been exported to Georgia, Colombia and the US.

Development of the Mexican UAV

"The S4 Ehécatl UAV serves as a surveillance platform for military, law enforcement and police agencies."

The development of S4 Ehécatl is a joint effort of Hydra Technologies, the Mexican Federal Government, National Aeronautical Science and Technology (CONACYT), the School of Mechanical and Electrical Engineering of the National Polytechnic Institute (IPN), the Autonomous University of Guadalajara and the Western Institute of Technology and Higher Education (ITESO).

The evolution of S4 Ehécatl started in 2002. Hydra Technologies indigenously designed, developed and produced all components and avionics of the vehicle, except the US-made FLIR infrared thermal sensor system.

The maiden flight of the UAV was completed in 2006. A prototype of the S4 Ehécatl was first demonstrated during the Paris Air Show at Le Bourget in June 2007. The full-scale model was presented at the Association for Unmanned Vehicle Systems International (AUVSI) symposium in August 2007.

The S4 Ehécatl incorporates a monoplane design with twin tail booms. The airframe is made of lightweight materials, such as carbon fibre, S-glass and Kevlar. The propulsion is provided by tractor and pusher propellers fitted forward and aft of the aircraft, respectively.

The UAV has a wing span of 3.7m. The maximum take-off weight is 55kg. The payload carrying capacity is 9kg.

Payload of the unmanned aerial vehicle

The UAV is equipped with forward looking infrared (FLIR) thermal sensors to recognise objects by capturing infrared radiation released by them. The infrared cameras are deployed when performing-night flights.

"A prototype of the S4 Ehécatl was first demonstrated during the Paris Air Show at Le Bourget in June 2007."

The S4 Ehécatl carries an electro-optical camera and a high resolution still camera for taking images of objects during day missions.

The payloads are housed in a stabilised gimbal allowing 360 degrees of rotation.

The aircraft is powered by conventional gasoline-powered incline engine driving tractor and pusher propellers. The propulsion system allows the UAV to reach a maximum altitude of 15,000ft.

The S4 Ehécatl is fitted with a fixed, try-cycle type landing gear. It can take-off from altitudes from of more than 8,000ft. It has a cruise speed of 38kt and can stay airborne for up to eight hours.

The S4 Ehécatl UAV system is delivered to customers along with a remotely operated ground mobile control station. The mobile central facility can be installed in a specially equipped three-man ground vehicle. It can control the navigation and payload of the unmanned aircraft.