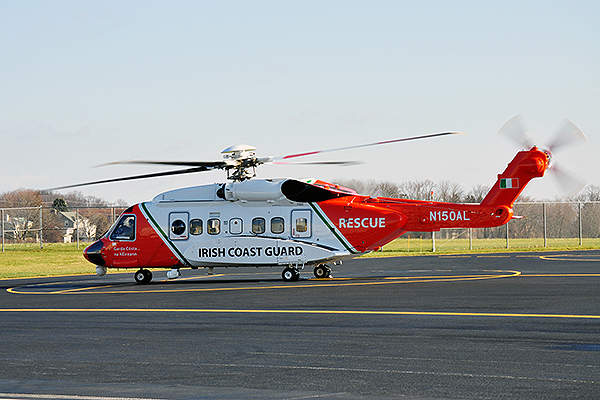 The S-92 Search and Rescue (SAR) helicopter of the Irish Coast Guard.

A Sikorsky S-92 helicopter on display at Farnborough 2008. Image courtesy of David Monniaux. 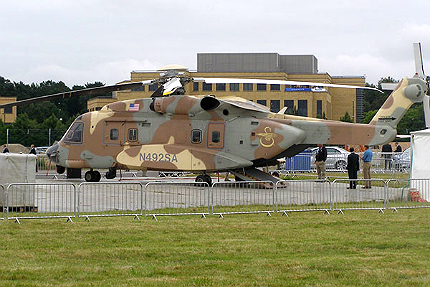 The S-92 Search and Rescue (SAR) helicopter is produced by Sikorsky Aircraft. It is a SAR mission variant of the S-92 medium-lift helicopter. It can conduct search and rescue, emergency medical services (EMS), maritime security and transport missions. The S-92 SAR helicopter was preferred by the UK Maritime and Coast Guard Agency, Irish Coast Guard and South Korea Coast Guard.

Design and dimensions of the search and rescue helicopter

The S-92 helicopter incorporates a fail-safe airframe design. The rotor and fuselage structures also include a fully flaw tolerant design. The corrosion resistant airframe is made of aluminium and the rotor blades are of composite construction.

The fuel system, built in accordance with highest crash-worthiness standards, reduces the risk of post-crash fire. The energy-absorbing seats and landing gear are designed to absorb energy during heavy landings, thus minimising injuries to occupants. Other safety features include bird strike and turbine burst protection.

The spacious cabin of S-92 is one of the largest in its class. It measures 6.10m in length, 2.01m in width and 1.83m in height. The roomy interior allows the passengers and crew to stand and move with ease.

The cabin can be quickly converted to complement a range of missions, including SAR, airborne law enforcement, cargo transport and medical evacuation (MEDEVAC).

"The S-92 Search and Rescue (SAR) helicopter is produced by Sikorsky Aircraft. It is a SAR mission variant of the S-92."

The standard SAR configured cabin can accommodate ten passengers. Other SAR conversions can provide seating for up to 19 passengers. The MEDEVAC configuration is installed with seven seats and two three-patient litter kits.

The 2.13m wide rear ramp of the S-92 helicopter allows for the rapid loading and unloading of cargo. It also serves as an additional stowage space. The helicopter can be fitted with dual rescue hoist with spotlight.

The helicopter is also equipped with a Honeywell auxiliary power unit for supplying power on the ground or emergency power in the air. The two external sponsons can store basic fuel of 2,877L.

The S-92 SAR has a maximum cruise speed of 306km/h. It can fly at a maximum altitude of 15,000ft. The helicopter can conduct programmed search for one hour up to a range of 352km with standard fuel and 639km with auxiliary fuel.

The helicopter using standard fuel can rescue two survivors at 380km range and ten at 334km. The distances can be further extended by integrating the optional auxiliary tanks.

Forecast spending for 2012 has been lowered as government officials confirm the UK will pull out of Afghanistan by 2014.AW139 is a medium, twin-turbine, multirole helicopter manufactured by AgustaWestland.