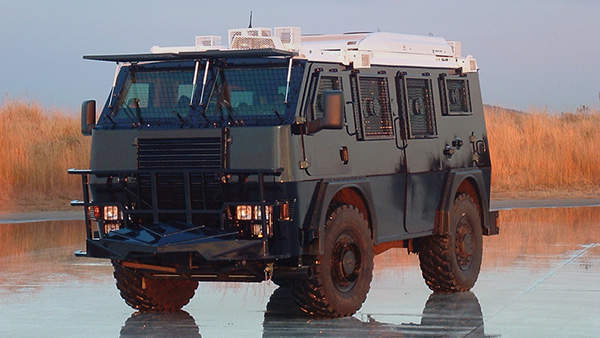 The RG12 is a multipurpose armoured security vehicle intended for the police forces operating in urban and rural theatres. Image courtesy of BAE Systems. 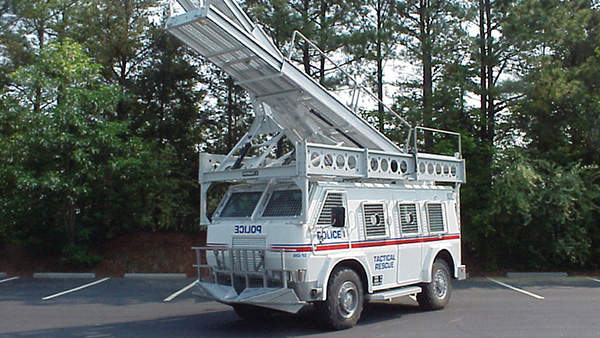 The RG12 is mounted with a mobile adjustable ramp system (MARS). Image courtesy of BAE Systems.

The RG12 multipurpose armoured security vehicle can carry up to 12 personnel. Image courtesy of BAE Systems. 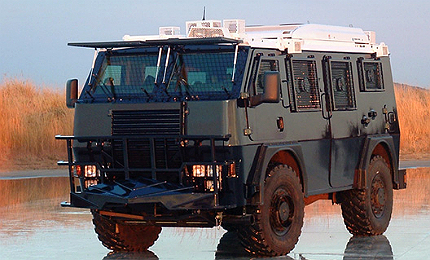 RG12 is a multipurpose armoured security vehicle (ASV) manufactured by Land Systems OMC, a business division of BAE Systems in South Africa. The vehicle is primarily intended for internal security and public order missions. It can also serve as a military APC, cash-in-transit and bullion carrier, command vehicle and rescue vehicle.

More than 830 RG12 vehicles are in service worldwide in more than eight countries. The major operators include the South African Police Service, the Italian Carabinieri and Dubai Police Force.

"More than 830 RG12 vehicles are in service worldwide in more than eight countries."

The RG012 CAT variant is equipped with a Caterpillar engine, replacing the standard Mercedes-Benz Iveco engine. The RG-12 Command Vehicle is specifically developed to meet the requirements of customers in the Middle East. RG12 Mk3 is an improved variant of the Mk2.

RG12 Mk4 is the latest version in the range of RG12 vehicles. The Mk4 variant is equipped with a new engine, power disc brakes and digital electrical system.

The RG12 incorporates a monocoque hull design. The welded all-steel armoured hull is attached with all components through welding or bolting. The ASV can accommodate a driver, commander and up to ten personnel.

The plug-type doors fitted on the body allow rapid entry and exit of the occupants. These doors remain very close to the body during opening and closing, to ensure the progress of troops in narrow or restricted areas. The vehicle is provided with a roof hatch over the commander’s seat.

The RG12 Mk4 can be configured as a tactical rescue vehicle by adapting the MARS system supplied by Patriot 3, a company based in the US. The MARS system includes two hydraulically controlled ramps that are capable of moving independently. It is fitted above the roof allowing embarked forces to enter into aircraft or buildings during anti-hijack and rescue missions.

The vehicle offers a high level of ballistic protection for crew compartment and roof at 30° elevation. The vehicle can protect the crew from 7.62x51mm and 5.56x45mm Nato Ball rounds.

"The RG012 CAT variant is equipped with a Caterpillar engine, replacing the standard Mercedes-Benz Iveco engine."

The armoured glass windows provide similar levels of protection as the hull structure, while offering excellent visibility for the occupants. The bulletproof glass panels, headlights, beacons and other external equipment are further protected by metal mesh guards.

The variant is also fitted with an improved auxiliary power unit, which delivers additional power for air-conditioning and auxiliary systems.

The vehicle is fitted with pneumatic front and back service breaks and parking brakes. Central tyre inflation systems (CTIS) and an anti-lock rraking system (ABS) are provided optionally.

The RG12 Mk4 has a ground clearance of 338mm. Its turning circle is 14m. The approach and departure angles of the vehicle are 32° and 35° respectively. The vehicle can travel at a maximum speed of more than 100km/h.