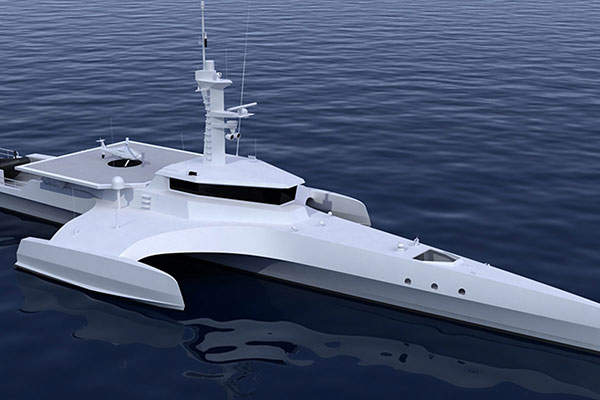 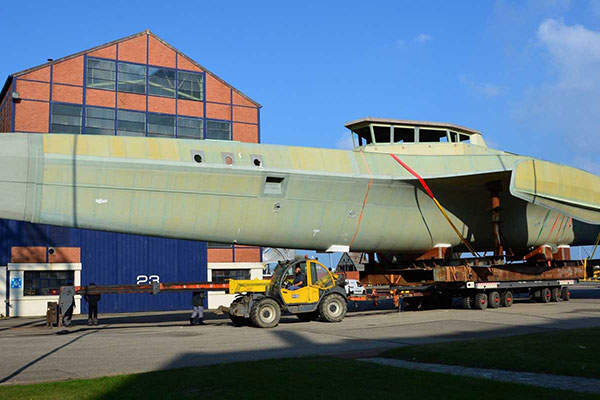 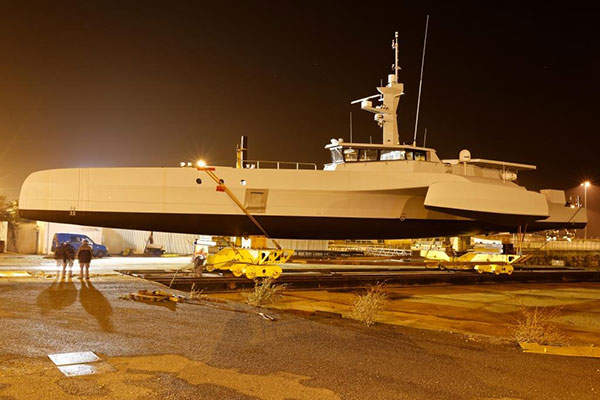 The first of three vessels ordered by the Mozambican Government was launched in January 2015. Image: courtesy of CMN. 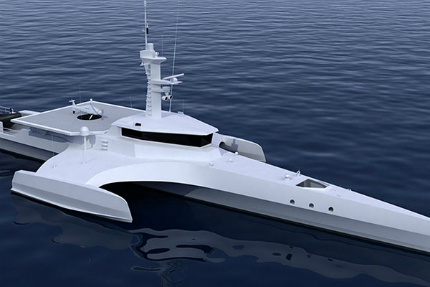 The vessel can also be deployed to fight against trafficking, smuggling and illegal immigration, and to counter speedboats, asymmetric threats, and the boarding of terrorists.

The trimaran vessel can also be adapted for maritime surveillance roles such as coastal surveying, side scansonar operation, coastal oceanography, and special operations support.

The Mozambican Government placed an order with CMN in September 2013, for the construction and delivery of three Ocean Eagle 43 offshore patrol vessels for fishery patrol duties. The first of three ships was launched in January 2015.

"The vessel features a stern ramp for mounting and deploying a 7m outboard rigid-hulled inflatable boat."

The Ocean Eagle 43 trimaran ocean patrol vessel is classified by Bureau Veritas classification society and features a modular design, with high-reliability. It has a very slender hull with two small floats, which provide increased speed, autonomy, and comfort in difficult sea conditions. Its hull and superstructures are made of lightweight composite materials such as epoxy resins, verre, carbone.

The vessel weighs 75t, has a length of 43.6m, overall beam of 15.7m, and maximum draught of 1.6m. It accommodates a crew of 13 personnel. It is also fitted with a 20mm remotely-controlled gun-turret, as well as two 12.7mm side guns to protect the crew against light targets.

The vessel features a stern ramp for mounting and deploying a 7m outboard rigid-hulled inflatable boat (RHIB), which is intended to perform transshipments, policing intervention and other special operations. It also features a small launch pad to operate fixed- or rotary-wing unmanned aerial vehicles weighing up to 300kg.

Propulsion and performance of the ocean patrol vessel

The vessel sails at a maximum speed of 30kts and is capable of executing missions for extended periods. It has a range of 3,000nm at 18kts and of 5,000nm at 12kts.

H2X was contracted by CMN in December 2013 to perform structural building for all the three vessels ordered by the Mozambican Government.

The first Ocean Eagle 43 vessel’s central hull was rolled out in July 2014 and was delivered to CMN shipyard September 2014 for fitting out in Cherbourg. The second and third hulls were delivered in December 2014 and February 2015 respectively.

Other participants involved in the development and construction of Ocean Eagle 43 include Prezioso Linjebygg, ProLarge, and SeaTeam Aviation.