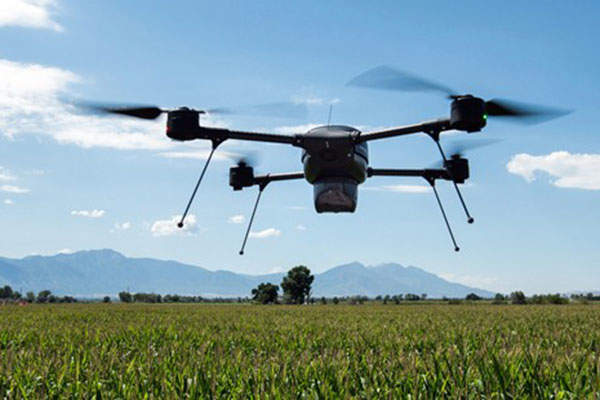 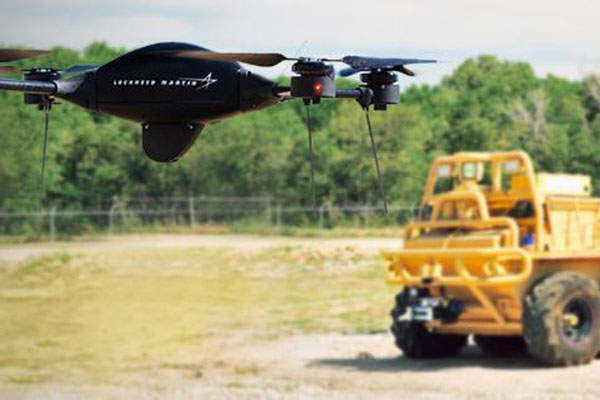 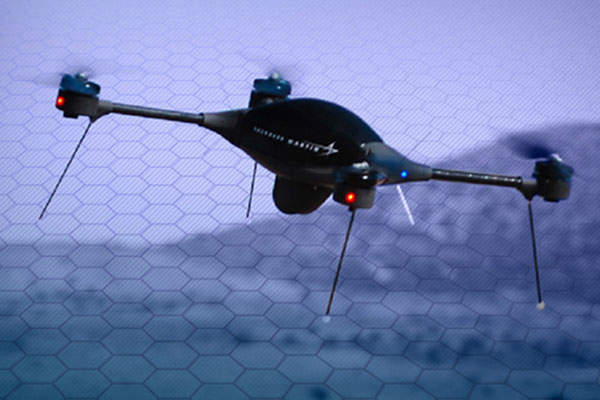 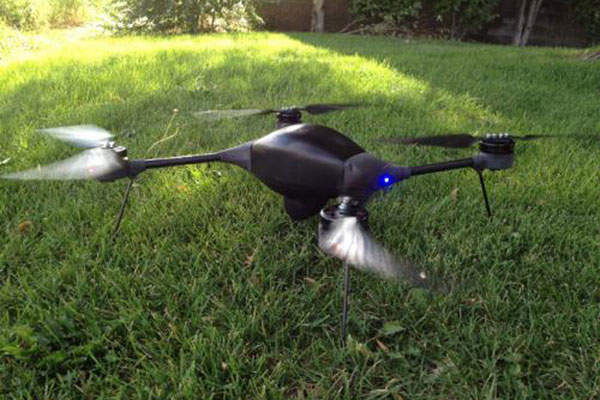 The Indago quad rotor UAS can fly at a speed of 48km/h. PRNewsFoto/Lockheed Martin.

The unmanned aircraft system was unveiled in August 2012 and achieved operational readiness in April 2014. It was demonstrated at the Association for Unmanned Vehicle Systems International (AUVSI) 2014 show in Florida.

Followed by the FAA approval in November 2013 for use of small UAS in agricultural applications, Lockheed Martin partnered with FourthWing Sensors for offering Indago to US agricultural customers during 2014 growing season.

The Indago VTOL quad rotor features a modular, compact design with foldable airframe. The small UAS requires 60 seconds to setup and can reach its operating height in 2.5 minutes. It features improved stability and can operate in remote areas under all weather conditions.

The rugged and fixed-wing unmanned air system has a length and width of 32in and a height of 7in, while the quad rotor weighs 2.26kg (5lb). It is provided with vision-aided guidance for better navigation.

The air vehicle can be equipped with digital IP data link to transmit synchronised video and communication data to the ground control station (GCS). An analogue data link, which is compatible with various frequencies, is also incorporated in the system.

The advanced Kestrel 3.1 autopilot system equipped in the UAS allows it to perform operations in the event of low battery, and loss of communication with the GCS and global positioning system (GPS). The autopilot employs Fly Light avionics technologies and failsafe algorithms to enable auto-land in emergency situations. It incorporates data from sensors and GPS and sends it at high rate to the air vehicle’s motors.

The Procerus OnPoint Onboard Vision Processing Unit aboard the UAS ensures the detection and tracking of moving targets, while Lockheed Martin’s interface printed circuit board (PCB) allows access to the autopilot system and the Indago VTOL platform.

"The air vehicle is also integrated with a commercial-off-the-shelf EO imager."

The Indago quad rotor VTOL system can be controlled by a wireless hand-held ground control station (GCS), which runs for four hours. The GCS incorporates a large, outdoor-readable screen, an integrated C2 transceiver and video receiver, and data storage capabilities.

The UAS can be optionally controlled by a full Virtual Cockpit 3.0 laptop-based GCS, which is fitted with a user-friendly 3D map interface, way point navigation, powerful mission planning tools and in-flight re-tasking. The optional GCS can be connected with a Wi-Fi link, allows complex mission planning and provides support for fixed wing and VTOL platforms.

The man-packable Indago unmanned air system can fly at a speed of 48km/h and can operate for more than 45 minutes with a payload capacity of 200g. The UAS can reach a range of up to 5km when controlled by the GCS and a line-of-sight range of up to 10km using directional communication devices.