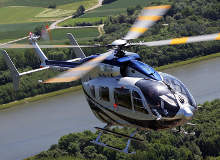 The EC145 is a medium-sized twin-engine helicopter derived from the BK 117 helicopter. 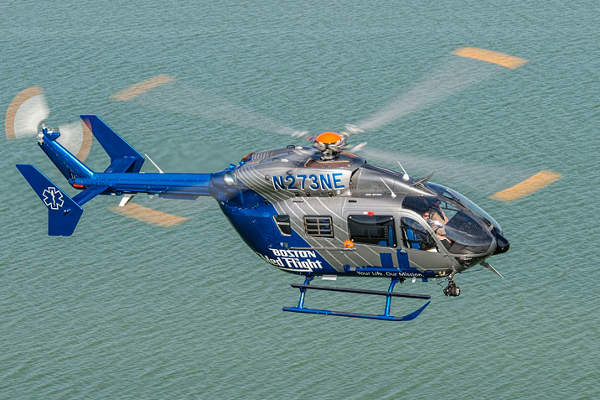 The EC145 can be deployed in EMS, law enforcement, transport and utility missions. 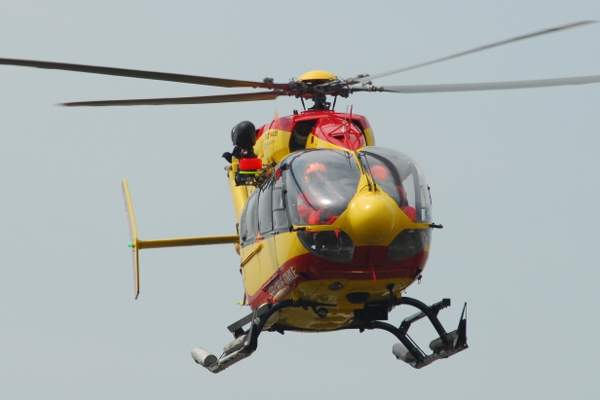 An EC145 helicopter in service with the French Sécurité Civile. Image courtesy of Jdrewes. 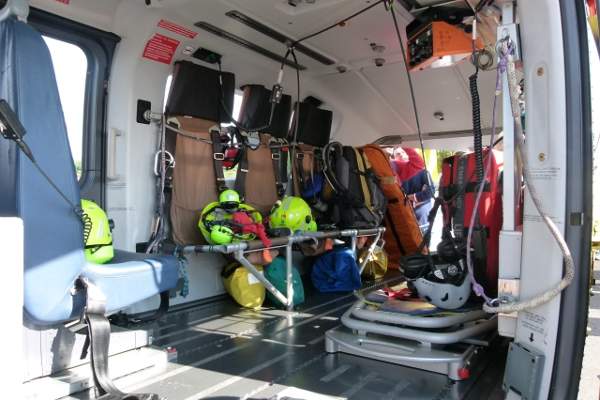 The spacious cabin of EC145 can be configured according to the mission requirements. Image courtesy of Massimiliano Mariani. 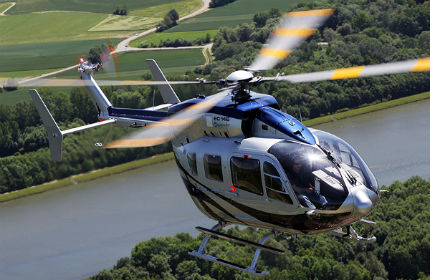 The maiden flight of EC145 occurred in June 1999. The helicopter was selected by the US Army for its light utility helicopter (LUH) programme in 2006. It is also in the US Army service under the name UH-72A Lakota.

Eurocopter unveiled EC145T2, an upgraded version of the EC145, at the Heli Expo 2011. The EC145T2 incorporates various improvements such as new Arriel 2E turbo-shaft engines and digital FADEC system. The optionally piloted vehicle (OPV) variant of the EC145 is also under development.

"The EC145 helicopter integrates energy-absorbing airframe and seats, as well as a crash-tolerant fuel system."

Namibia Ministry of Safety and Security placed an order with Eurocopter to acquire EC145 for the Namibia Police Force’s (NAMPOL) Air Wing in August 2011.

Design features of the EC145

The 10.2m x 3.1m fuselage offers a spacious cabin and enough space for luggage/cargo. The helicopter has a maximum takeoff weight of 3,585kg. It can carry a useful load of 1,793kg and maximum cargo-swing load of 1,500kg.

The cockpit is designed to reduce the workload of the pilot, while providing an unrivalled field of view in all directions. The EC145 T2 integrates an improved avionics suite including a standard 4-axis dual digital autopilot and fully integrated large-screen flight and navigation displays (FNDs).

Cabin and mission equipment of the Eurocopter multi-mission helicopter

The EC145 is the only helicopter in its range with a spacious cabin and superior window visibility. The unobstructed cabin can accommodate two stretchers, three seated persons and associated medical equipment. The rear clamshell doors ensure easy loading of the stretchers, while the wider side doors allow the entry and exit of the occupants and the crew.

"The cockpit is designed to reduce the workload of the pilot, while providing an unrivalled field of view in all directions."

Eurocopter offers a range of mission equipment for EC145 to ensure maximum flexibility in operations. All the optional equipment and systems are pre-installed in the helicopter. The law enforcement versions are fitted with a gyro-stabilised turret housing day and low-light video camera and infrared thermal imaging system. A microwave downlink is provided for the recording and transmission of the imagery.

The EC145 is powered by two Turbomeca Arriel 1E2 engines driving a hingeless rotor system. The engines are designed to deliver high performance and vital power reserves even in one engine inoperative (OEI) conditions.

The variable rotor speed and torque matching system (VARTOMS) improve the flying comfort, while making the EC145 quietest in its class. The rugged Arriel engines allow the operations in temperatures ranging from -450 to +500.

Performance of the EC145 helicopter

EC155 B1 is a multimission helicopter manufactured by Eurocopter, an EADS company.