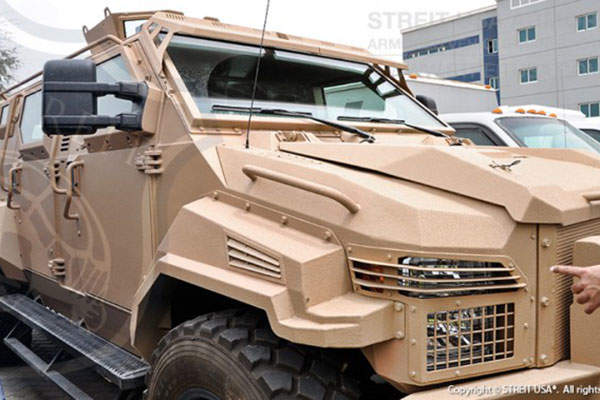 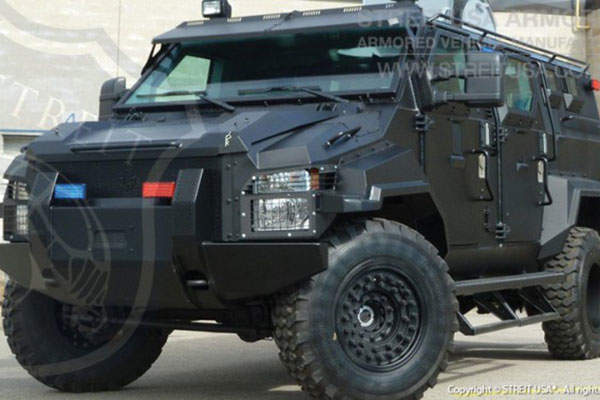 The vehicle can be used in law enforcement and security operations. Image courtesy of STREIT Group. 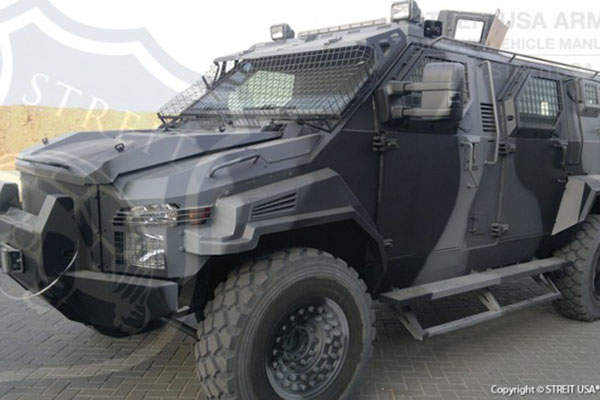 The windows of Cyclone APC can be covered by iron bars for additional protection. Image courtesy of STREIT Group. 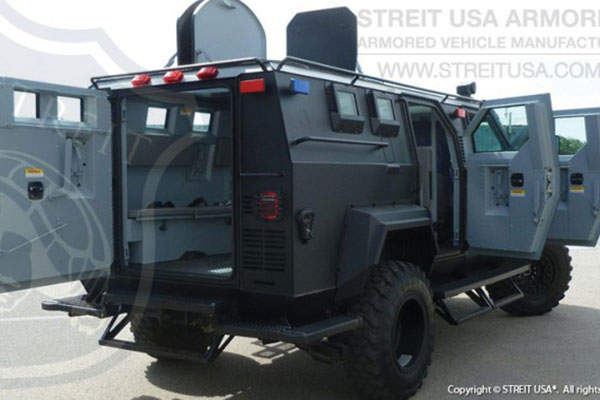 The four-door Cyclone APC is fitted with a 360° turret. Image courtesy of STREIT Group. 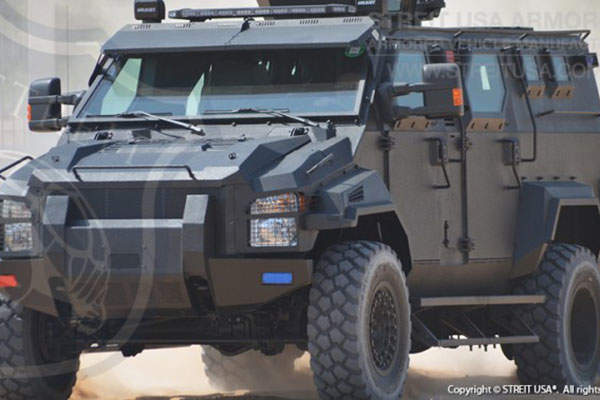 The vehicle can carry payloads weighing up to 1,099kg. Image courtesy of STREIT Group. 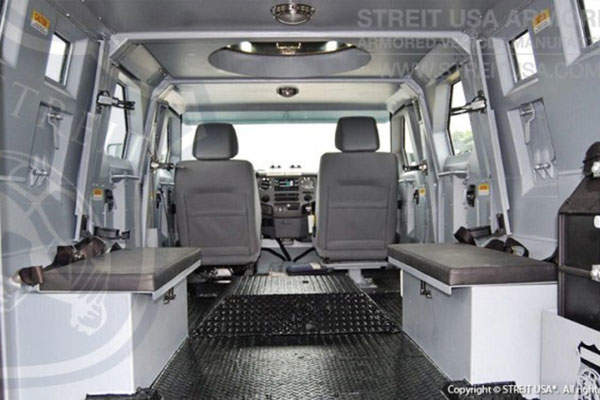 The Cyclone APC accommodates up to ten personnel. Image courtesy of STREIT Group. 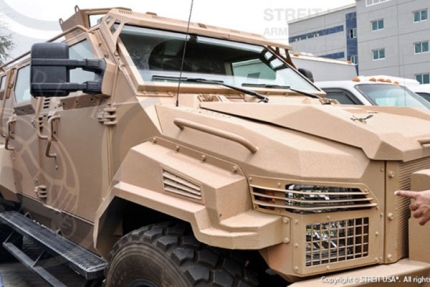 The Cyclone 4×4 armoured personnel carrier (APC) was developed and manufactured by STREIT Group, and unveiled at the AUSA annual meeting and exposition held at Washington DC, US, in December 2013.

The light armoured vehicle is primarily intended for use in law enforcement and security missions. The US Air Force granted Internal Air Transport Certification to the Cyclone APC in September 2014. The certification allows for transportation of the vehicle aboard the USAF’s C-130, C-17 and C-5 aircraft.

"The light armoured vehicle is primarily intended for use in law enforcement and security missions."

The Cyclone APC features CEN level B6 structural integrated armoured body, which is based on the chassis of 2011 Ford F550 4×4 vehicle. The APC can accommodate six to ten fully-equipped riot control or SWAT (Special Weapons and Tactics) personnel for law enforcement and security missions.

The Cyclone APC can be fitted with OEM climate control system, non-lethal engagement systems, and engine and under-body fire suppression systems. It includes sirens and public address systems that can be used during crowd control events. It also features main and auxiliary A/C and AM/FM radio with two speakers.

The vehicle is mounted with a 360° traversing turret to accommodate customer-specific weapon systems. It also includes seven gun ports, ensuring the occupants to aim and fire personal weapons in a convoy escort assault scenario.

The vehicle protects the crew from ballistic assaults, and also offers protection against light mine and grenade blast scenarios. It can be armoured up to B7 ballistic standard. The heavy-duty bumpers fitted to the vehicle allow the vehicle to survive damages from crashes.

The vehicle is powered by a 6.7l V8 turbo diesel engine, which develops a power output of 400hp at 2,800rpm and generates a torque of 800fp at 1,600rpm. The engine is coupled with electronically controlled automatic transmission system.

The Cyclone armoured personnel carrier comes with 335/85 R20 or 12.5 R20 with 20 x 11 wheels, including military standard wheel rims and run-flats. It includes reinforced suspension and braking systems, as well as power steering, and heavy-duty electric winch and tire jack.

The high-mobility of the Cyclone APC ensures effective patrols in tight urban areas. The vehicle can be transported within a 40ft-high cube container. The turret and fenders are to be removed and palletised for transportation.