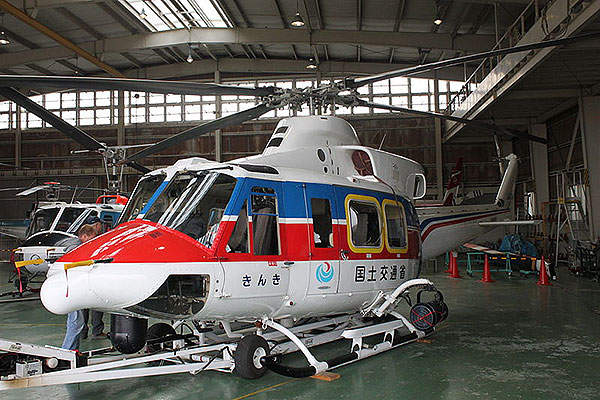 The Bell 412 flies at a maximum continuous cruise speed of 245km/h. Image courtesy of Jerry Gunner from Lincoln, UK. 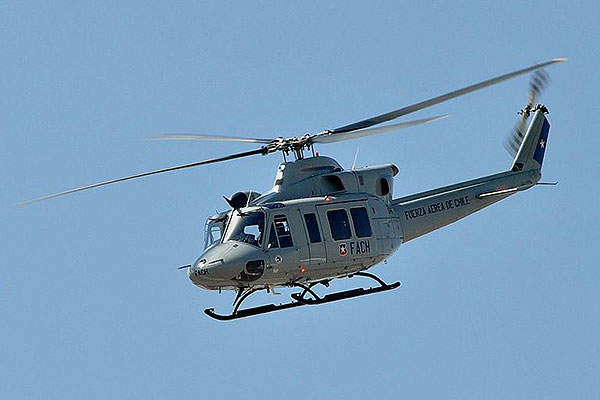 The Chilean Air Force (FACH) signed a contract for 12 helicopters in November 2007. Image courtesy of Hippocamelus. 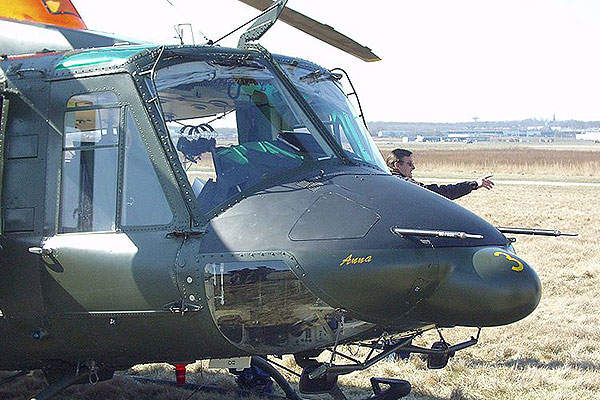 A Bell 412 helicopter of the Swedish Armed Forces. Image courtesy of Tonyingesson. 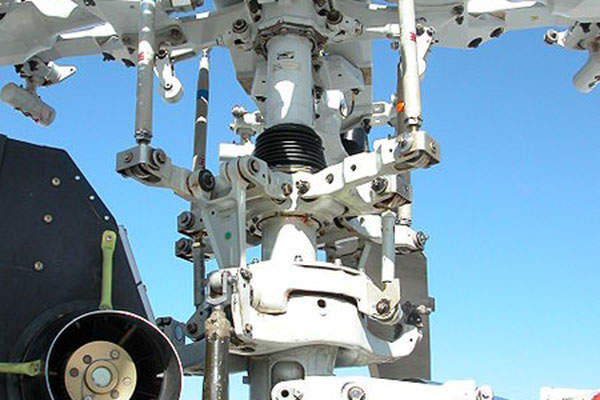 A close view of the transmission and rotor-head of the Bell 412 helicopter. Image courtesy of Alan Radecki. 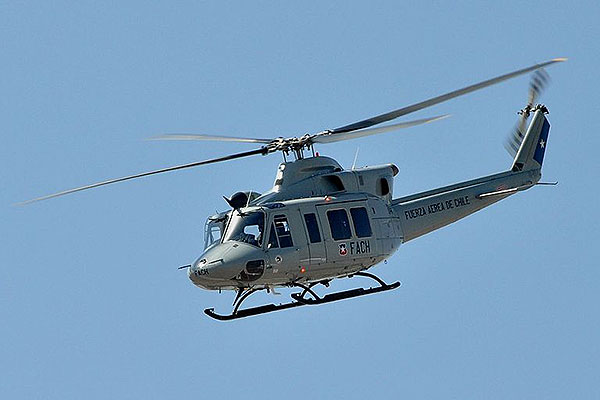 The helicopter is in service with numerous government agencies and police departments across the world. It can be configured to function as an airborne command post, an EMS platform, a special operations platform or a homeland security base.

Development of the Bell 412 helicopters commenced in the 1970s and the first flight was achieved in August 1979.

The Government of Bahrain requested for the sale of six Bell 412 air search and recovery helicopters and associated equipment in August 2007. It was followed by an order from the Chilean Air Force (FACH) in November 2007 for 12 Bell 412 helicopters.

The San Diego Fire-Rescue Department placed an order for a 412EP medium lift helicopter for aerial fire suppression, rescue and emergency medical service duties in February 2008. Another 412EP was ordered in September 2008.

The Bell 429 is a light, multi-purpose helicopter designed and built by Bell Helicopters and Korea Aerospace Industries.

PT Dirgantara Indonesia (PTDI) placed an order for five Bell 412s plus two options for delivery to government departments in Indonesia, in December 2011.

In November 2013, the New South Wales Police Force, Australia, placed an order with Bell Helicopter for one 412 helicopter and the delivery is scheduled for late 2014. The helicopter will be deployed in tactical and response operations.

Design and features of Bell 412

The cabin offers a volume of 6.2m³ and accommodates 13 passengers. It is fitted with 2.32m jettisonable crew doors. The baggage compartment in the tail-boom has a volume of 0.8m³.

The helicopter has an empty weight of 3,084kg while its standard internal gross weight is 5,398kg. It can carry a maximum internal load of 2,313kg.

The cockpit consists of two crashworthy energy attenuating pilot seats and dual controls. The avionics suite of the helicopter includes a three-axis autopilot to reduce crew workload and fatigue and allow the crew to successfully complete the mission. The flight deck features a four-screen electronic flight information system. It is optionally fitted with a four-axis autopilot to support automatic hover capabilities, and hands off automatic approaches.

The Bell 412 uses a high-reliability PT6T-3D turboshaft engine, with twin power section, manufactured by Pratt & Whitney Canada. The engine produces a power of 1,920shp. It has a length of 68.5in, width of 43.5in and height of 32.6in.

The multi-role Bell helicopter is optionally fitted with a Pratt & Whitney PT6T-3DF Twin Pac engine producing a take-off power of 1,066shp. The engine has a standard fuel capacity of 1,251L and can be installed with auxiliary fuel tank kits for extended range.

The helicopter is equipped with BLR Strake and FastFin to achieve improved hover and cross-wind performance by reducing fuel burn. It can climb at a rate of 6.86m/s and flies at a maximum continuous cruise speed of 245km/h. It has a range of 745km, which can be extended up to 980km. The service ceiling of the helicopter is 6,096m.