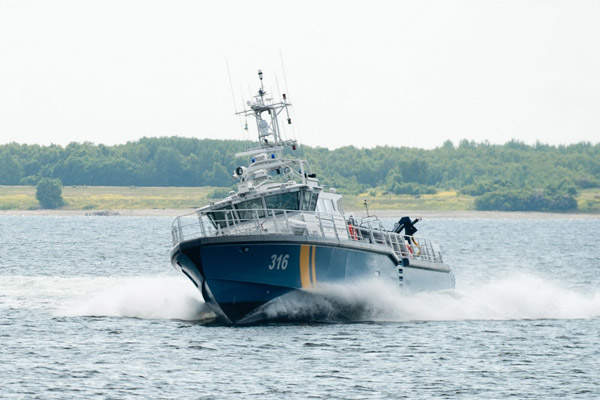 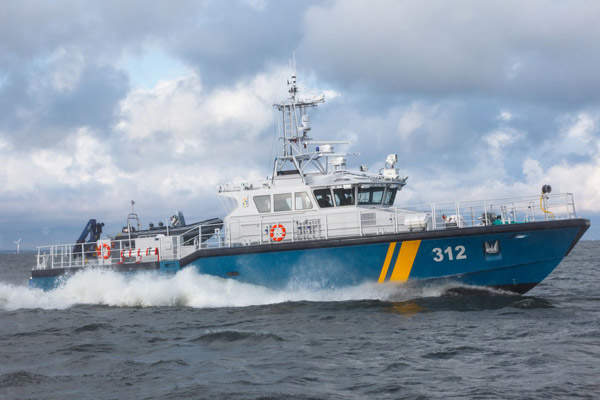 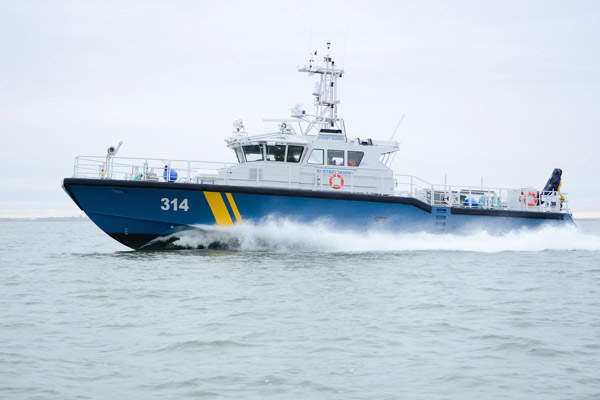 The third patrol vessel (KBV 314) was handed over to the Swedish Coast Guard in November 2012. Image courtesy of Baltic Workboats AS. 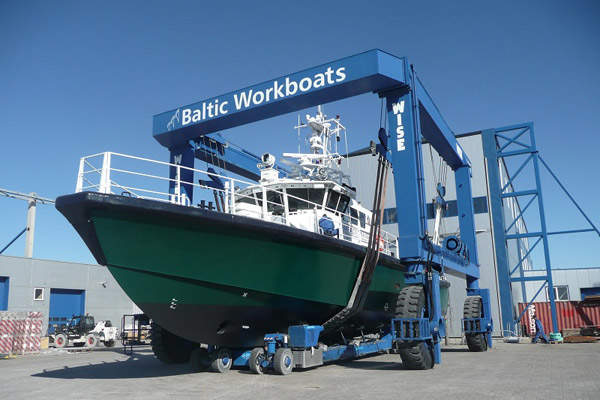 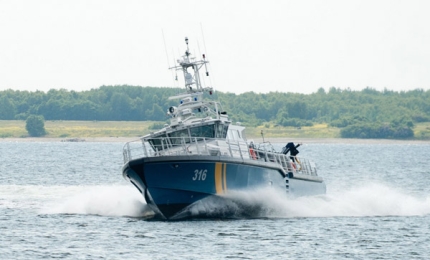 Baltic 2403 Patrol is a series of advanced, multi-role fast patrol vessels (FPVs) developed by Baltic Workboats, a company based in Estonia, for patrol missions in harbours, coastal areas and territorial waters.

"Lithuanian Border Guard Service placed a €3.4m contract with Baltic Workboats for a Baltic 2403-class patrol vessel in the second half of 2014."

Design and features of Baltic 2403 Patrol

The ice-strengthened hull of Baltic 2403 Patrol is made of marine-grade aluminium. It offers lower resistance and superior sea-keeping in all weather conditions. Extruded aluminium panels were used to avoid welding and reduce weight.

The 53t patrol boat measures 26.5m-long and 6.2m-wide and can accommodate five crew members. It has a bollard pull capability of 10t and can operate in up to 5cm crushed ice. It is capable of carrying 5,000l of fuel, 700l of water and 250l of wastewater.

The deck equipment on Baltic 2403 Patrol constitutes a 5.5m rigid-inflatable boat (RIB) and a crane for handling the RIB and other onboard equipment.

The patrol boat incorporates a full electronic chart display and information system (ECDIS) with radar overlay and 27in liquid crystal displays (LCDs) on workstations. The navigation equipment aboard the vessel is fully integrated in Conning system.

Steering of the boat during docking and normal driving is performed through a joystick in place of a steering wheel. The vessel is also installed with state-of-the-art navigation and communication equipment and two radars.

The onboard accommodation facilities include single bed cabins with washroom for five personnel. The vessel is equipped with full air-conditioning, overpressure ventilation system with waste heat recovery, and carbon filter for missions in contaminated environments.

The propulsion system provides a maximum speed of 33k when fully loaded and ensures the vessel to reach 20k in 7.5s. It offers up to 40% lower fuel consumption while reducing CO2 and NOx emissions. The vessel can attain a range of 600nmi.