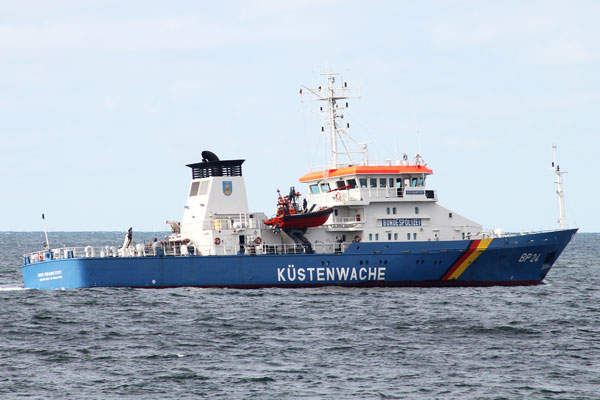 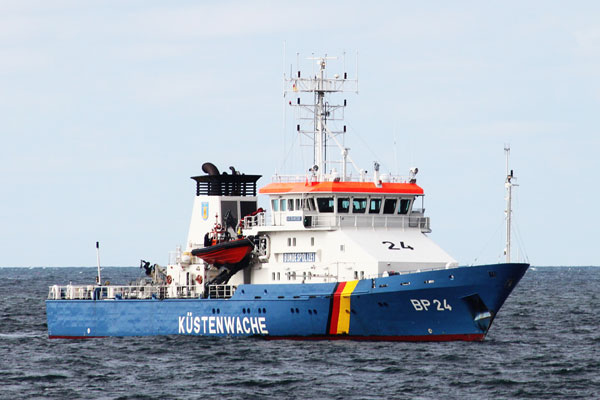 The Bad Bramstedt Class offshore patrol vessels (OPVs) are in service with the German Federal Police (Bundespolizei). Three vessels were built by Abeking and Rasmussen shipyard in Lemwerder, Germany between 2000 and 2003.

The pennant numbers of Bad Bramstedt Class were converted to BP 24, BP 25 and BP 26 after the transition of the German Federal Border Guard into the Federal Police Force in July 2005.

"The vessels are designed to achieve superior sea-keeping characteristics and manoeuvrability."

The long endurance of the vessels makes them ideal for conducting maritime duties across long ranges. This capability allows operations at sea for extended periods and ensures close cooperation between other national and international border protection forces. The vessels are also fitted with a navigation radar and surface search radar.

The Bad Bramstedt Class has a length of 65.9m, beam of 10.6m and a draught of 3.6m. The gross tonnage of the ship is 1,030t. The ship has a displacement of 880t. Each vessel can take a crew of 24. Accommodation facilities are also provided for the crew members.

Bad Bramstedt and Bayreuth are stationed at Cuxhaven on the shore of the North Sea. Eschwege is based at Warnemünde in the Baltic Sea. The ships can be operated in the North Sea, Baltic Sea, German Exclusive Economic Zone (EEZ), territorial waters, and high seas.

"The vessels can conduct a range of missions including border protection, maritime patrol, environmental protection and fishery protection."

The vessels can conduct a range of missions including border protection, maritime patrol, environmental protection and fishery protection. The Bad Bramstedt Class ensures the safety of merchant vessels and customs enforcement in German coastal waters.

The vessels integrate launch and recovery equipment to operate rigid hull boats for conducting extended patrols and transporting troops between vessels and from ship-to-shore.

The hybrid propulsion system of Bad Bramstedt Class integrates a large diesel engine for high speeds and an electric motor for cruising speed. The MTU 16V 1163 TB73L diesel engine develops a maximum power output of 5,200kW (6,973hp). It consumes 1,378.3L of fuel an hour. Each vessel is equipped with an auxiliary engine generating a power of 600kW (804hp).

The highly efficient propulsion plant minimises the maintenance and fuel costs. It allows the vessel to operate at an economical speed of 12kt, which is an ideal speed range mostly used for patrol missions. The propulsion system can provide a maximum speed of 21.5kt.