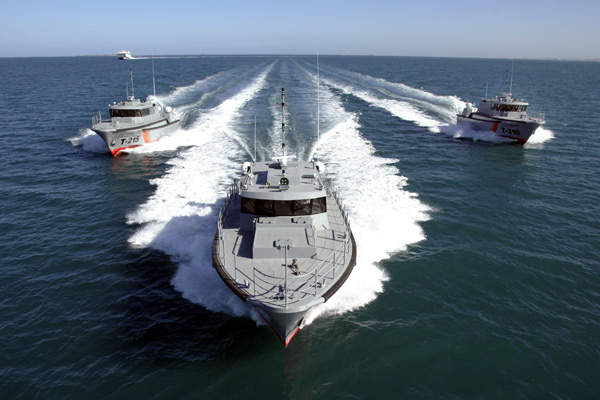 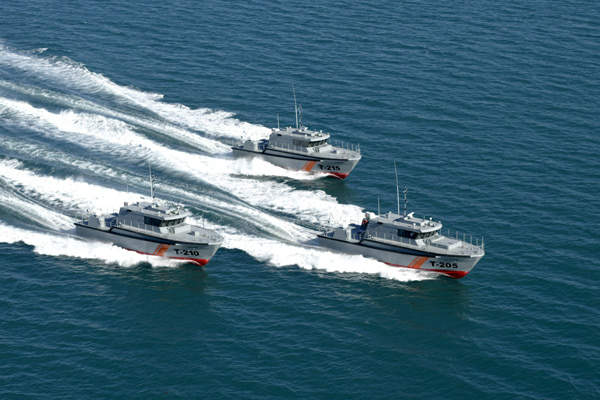 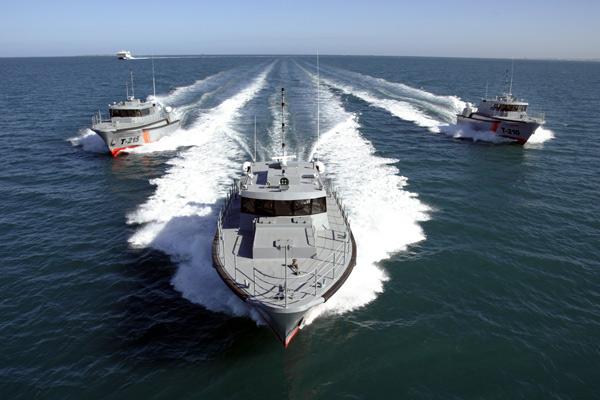 The patrol vessel can be deployed to perform marine search-and-rescue, maritime safety, surveillance, law enforcement and public order missions. It can execute patrol duties for about ten days and is capable of operating in all weather conditions.

The vessel can carry a 4.5m semi-inflatable daughter vessel to execute general transport and patrol missions.

Orders and deliveries of the 22m police patrol boats

The vessel has an overall length of 21.2m and waterline length of 17.9m. The moulded beam and depths are 5.5m and 3.3m, respectively. The maximum hull draft is 1.7m.

Cape Class is a set of next generation patrol boats being built by Austal, for the Australian Customs and Border Protection Service (ACBPS).

The police patrol vessel consists of three twin berth cabins and is manned by a crew of four. It can carry eight additional personnel. Each patrol boat is equipped with life jackets, two Solas life rafts and four Solas life buoys.

The propulsion system provides a maximum speed of 28.5kt. The fuel consumption rate of the vessel is 0.35t/h and the range is 600nm at 20kts.

The vessel is manned by a crew of three and is capable of transporting up to 41 additional personnel. The seating area is located forward on the lower deck. The wheelhouse is placed atop the forecastle deck. It consists of a spacious bridge ahead of an amenities area. The bridge is fitted with forward raked windows. The design of the bridge provides 360° vision to the personnel.

"The vessel is manned by a crew of three and is capable of transporting up to 41 additional personnel."

The personnel transport patrol boat has an overall length of 21.6m and waterline length of 19.6m. The moulded beam and depth of the vessel are 6m and 3.6m respectively, while the maximum hull draft is 1.5m. The boat has a maximum speed of 25kt and range of 325nm.

The 22m boat is also produced in catamaran police patrol variant, which is designed by One2three Naval Architects in Sydney and constructed by Austal at Tasmanian shipyard. Austal secured an order from the Queensland Police Service in May 2008 to construct three 22m catamaran police boats. The first vessel was launched in February 2009 and the deliveries were concluded in June 2009.

The catamaran vessel can launch and retrieve a 6m rigid inflatable boat. It can patrol in remote, tropical locations for extended periods with a cruising speed of 20kt. The variant has a range of 900nm.