The SkyRanger sUAS was launched in May 2013. Image courtesy of Aeryon Labs Inc.

The folded length and width of the SkyRanger sUAS are 50cm and 25cm respectively. Image courtesy of Aeryon Labs Inc.

The SkyRanger sUAS can be carried in a backpack. Image courtesy of Aeryon Labs Inc. 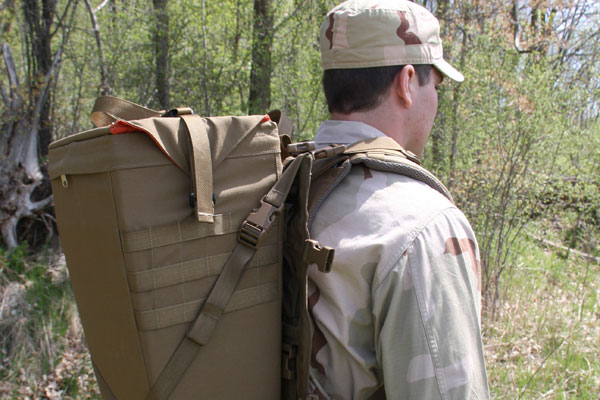 The Aeryon SkyRanger is a small unmanned aerial system (sUAS) with vertical take-off and landing (VTOL) capabilities. It was developed by Aeryon Labs for government and public safety agencies, and military forces. The sUAS was launched in May 2013 and is simple, reliable and easy-to-use in confined environments.

It system can also be used for the management of chemical, biological, radiological, nuclear, and explosives (CBRNE) and hazardous materials (HAZMAT), and to provide emergency and disaster response.

The SkyRanger system completed performance trials in June 2013 as part of the Robotic Aircraft for Public Safety (RAPS) programme of the US Department of Homeland Security, and Borders and Maritime Security Division (BMD). The performance parameters including flight time, range from base station, ground speed, landing accuracy, and launch and recovery methods were tested during the trials.

Design and features of the Aeryon SkyRanger sUAS

The SkyRanger small UAS integrates a new airframe and unified system design offering superior safety over manned aircraft in potentially dangerous situations. The VTOL capability ensures the SkyRanger to hover on the target for extended periods.

The sUAS measures 102cm in diameter and 24cm in height when deployed. The folded length and width of the system are 50cm and 25cm. The system weighs up to 2.4kg without payload. The entire SkyRanger system fits within a backpack and can be re-assembled without tools.

The UAS is integrated with tablet ground control station (GCS) solution. It also has the ability to automatically detect potential threats and set up visual no-fly zones.

"The system can fly beyond the line-of-sight in manual mode as well as in a programmed flight path."

The system can fly beyond the line-of-sight in manual mode as well as in a programmed flight path. It can switch between payloads with automatic connectivity.

The three-axis EO camera offers high definition video and can capture still images with up to 15 mega-pixels resolution. The IR camera can collect still images and high quality video with 640×480 H.264 quality. It can switch between white-hot and black-hot modes. The video can be transmitted to any mobile device over the specified IP network.

The sUAS can perform safe flight in sustained wind speed of 65kph and gusts of 90kph. It can fly in extreme weather environments with operating temperatures ranging from -30°C to +50°C. The VTOL configuration eliminates the need for launch and recovery equipment.

"The system can conduct continuous operations for up to 50 minutes with payloads in normal environment."

The system can conduct continuous operations for up to 50 minutes with payloads in normal environment. It automatically returns home and lands once the user-configurable limits are reached. The point-and-click touchscreen of the system displays battery minutes and flight time at all times.