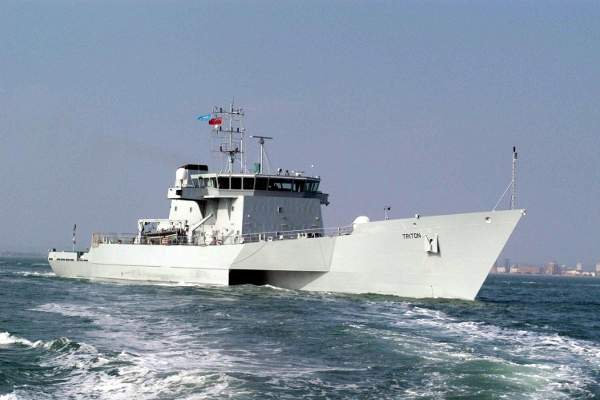 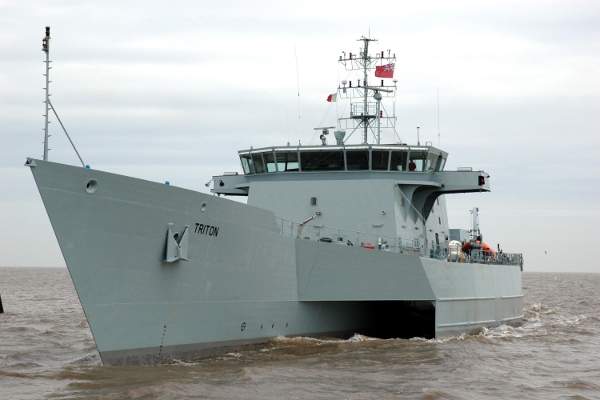 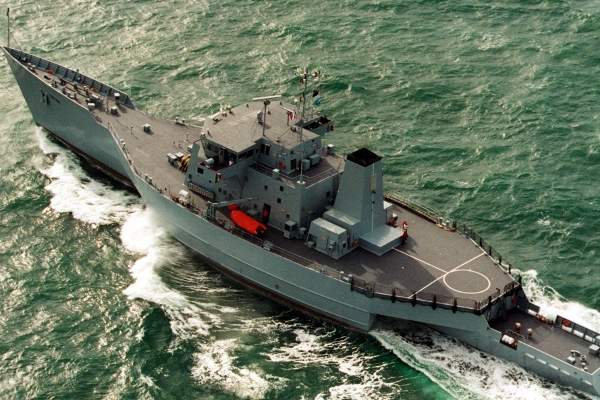 The Triton trimaran was originally constructed as a technology demonstrator for the UK Defence Evaluation and Research Agency. Image courtesy of Australian Customs and Border Protection Service, copyright - Qinetiq (UK). 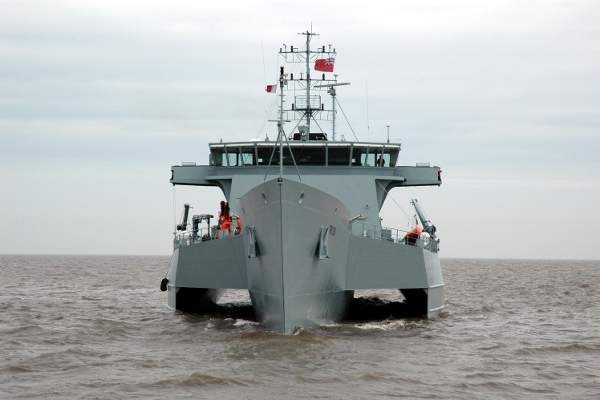 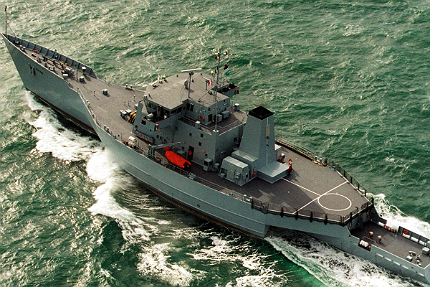 ACV Triton, earlier a hydrographic survey vessel in the UK, is a large armed patrol and response vessel operated by the Australian Customs and Border Protection Service (ACBPS). The vessel, operating in tandem with other fleet of patrol vessels, allows the ACBPS to patrol Australian northern waters.

Triton was originally built as a technology demonstrator by Vosper Thornycroft, a British company, for the UK Defence Evaluation and Research Agency (DERA). It is one of the largest motorised trimaran vessels in the world. The ship was launched in May 2000 and delivered to DERA in September 2000.

"The vessel, operating in tandem with other fleet of patrol vessels, allows the ACBPS to patrol Australian northern waters."

The vessel was used as a demonstrator to test the trimaran concept for the implementation in Future Surface Combatant (FSC) frigate, which is now referred to as Global Combat Ship (GCS). The trials were concluded in March 2002.

Triton was sold to Gardline Marine Sciences after the completion of the FSC project. It was later converted into a survey vessel and deployed by the Maritime and Coastguard Agency (MCA). The ship was chartered to the ACBPS in December 2006. It began operations with ACBPS in February 2007. Triton was preferred as a patrol vessel due to its range, speed and ability to operate as an autonomous vessel and command ship.

ACV Triton is capable of operating along the 200nm long exclusive economic zone spread over coastal waters, ports and harbours. It protects the Australian borders by preventing the entry of illegal and hazardous goods and unauthorised personnel. The vessel also assists the Customs Marine Unit to control illegal fishing and protect marine environment.

The trimaran hull and superstructure of ACV Triton is made of steel material. The main hull incorporates a traditional round bilge design. The outriggers integrate flat inward face and outward surface of multichine design.

The ship was designed and built according to the DNV high-speed light craft standards. The trimaran design provides reduced radar cross section and drag, as well as increased stability and speed.

The vessel has a length of 98m, beam of 22.5m and draft of three metres. The gross weight of the ship is 2,236t. The ACV Triton is manned by a civilian maritime crew of 14. It carries up to 28 armed ACBPS boarding party officers and can accommodate up to 30 arrested people for short periods.

The trimaran is equipped with two high-speed Norsafe Customs and Border Protection Response Tenders (CRT) tenders for carrying out boarding missions. Each boat has a range of about 60nm at 20kt speed.

The accommodation facilities are offered for up to 44 personnel, including 14 civilian maritime crew and 30 government officials. The detained people are housed in secure holding areas monitored by CCTV systems. The vessel is also equipped with a dedicated health screening and quarantine area and a first aid centre served by the contracted paramedical staff.

The vessel is powered by diesel electric propulsion system integrating two diesel generators, a propeller and two independent side hull thrusters. The single electric motor drives the main shaft through a reduction gearbox, while two 350kW electric motors drive the pair of side thrusters. The side thrusters improve the manoeuvrability of the vessel. Additional onboard power is supplied by an emergency gen-set and a harbour gen-set. The propulsion system provides a maximum speed of 20kt and allows operations at sea for extended periods.

KBV 001 Poseidon is the lead ship in the combination carrier series of three multipurpose vessels operated by the Swedish Coast Guard (Kustbevakningen).