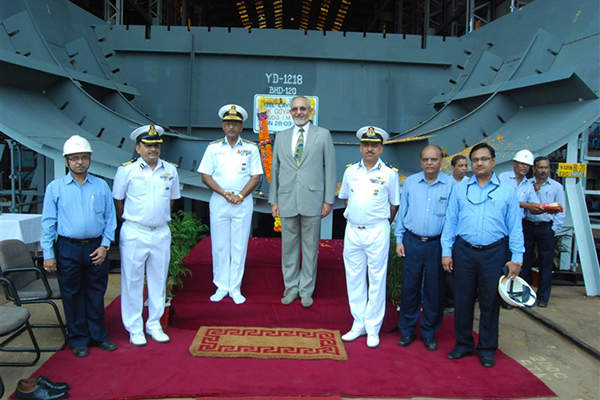 The keel for the first offshore patrol vessel in the 105m-class was laid in September 2012. Image courtesy of Goa Shipyard Ltd. 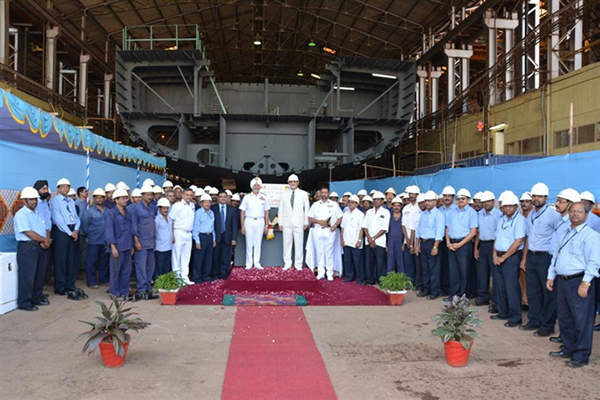 The keel laying ceremony of the fourth OPV was held in January 2014. Image courtesy of Goa Shipyard Ltd. 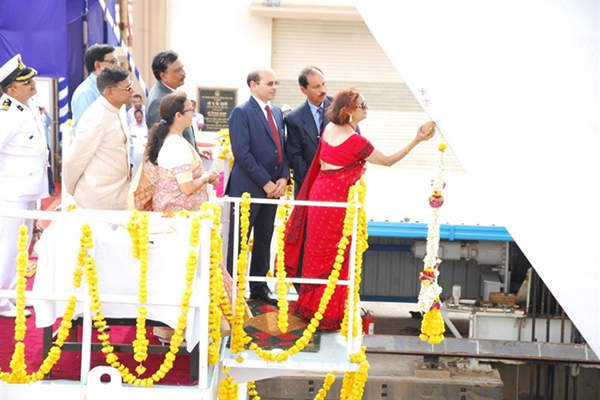 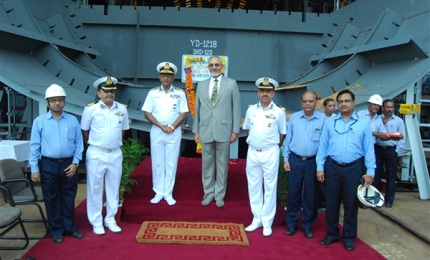 The first of a series of six 105m new-generation offshore patrol vessels (OPVs) will be delivered to the Indian Coast Guard in October 2015. The vessels are designed and being built by Goa Shipyard.

The offshore patrol vessels are intended for coastguard missions such as search-and-rescue, pollution control, policing and patrolling in the Indian exclusive economic zone (EEZ), and external firefighting. The OPVs can also be used for ocean surveillance and monitoring sea lanes of communication.

Goa Shipyard was awarded a contract, worth approximately $400m, to build a series of six offshore patrol vessels for the Indian Coast Guard in May 2012.

"Goa Shipyard was awarded a contract, worth approximately $400m, to build a series of six offshore patrol vessels for the Indian Coast Guard in May 2012."

The keel laying ceremony for the third OPV in the series was held in October 2013 and the vessel was launched in April 2015. Construction on the fourth and fifth vessels began in January 2014 and July 2014 respectively.

The keel for the sixth and final OPV in the series was laid in June 2015. All the six vessels are scheduled to be delivered to the Indian Coast Guard by 2017.

Design, features and capacities of the Indian OPV

The vessel can carry four boats for boarding operations and is equipped with two electro-hydraulic cranes to handle the boats. Its aviation facilities, including helicopter deck, hangar, helo traversing gear and helo landing grid, support the embarkation and operation of an advanced light helicopter.

The Damen Stan type 4207 patrol vessels, designed by Damen Shipyard Group, are operated by a number of navies and coastguards worldwide.

The deck equipment include two anchor capstans, one mooring capstan and two 1,440kg high holding power (HHP) anchors with chain. The vessel is also installed with electrical equipment and a firefighting system.

Bridge and navigation systems of the 105m-class

It is also equipped with a radar, a magnetic compass and a gyro compass to provide navigational information. A four-lane simulator is fitted for small arms training.

The 105 M-class offshore patrol vessels are armed with one 30mm gun and two 12.7mm guns. A fire-control system is fitted to assist the crew in engaging targets.

The OPV is powered by two 20 PA6B STC diesel engines rated at 7,792kW each. The engine has two controllable pitch propellers to provide high-efficiency under varying load conditions and uses a reduction gearbox to increase the output torque.

The power-plant provides a speed of roughly 24k and allows the vessel to endure seaborne for 20 days. The vessel offers ranges up to 6,500nm at a speed of 12k.